II. The Terrors of Diabetes

The “sugar sickness,” the body's inability to metabolize the nutrients in food, had plagued humanity for thousands of years. The Greeks named the disorder “diabetes” after their word describing a siphon or pipe-like action. People with diabetes passed large volumes of urine with a high sugar content, hence one famous description of diabetes as “the pissing evile.”

A fog of speculation about the cause of diabetes began to dissipate in 1889 when German researchers, Oscar Minkowski and Joseph von Mering, discovered that when a dog's pancreas was removed it immediately became severely diabetic. The pancreas seemed to hold the key to diabetes. It did something to control carbohydrate metabolism.

A comparatively massive research effort gradually got underway to solve the mystery of the pancreas and diabetes. Meanwhile physicians continued their struggle to treat diabetes’ victims.

Other researchers, especially those charged with treating people with diabetes, continued to press on. “The knowledge of diabetes is advancing rapidly enough,” wrote the father of the under-nutrition therapy Dr. Frederick Allen, in 1919, “that even the patient whose outlook seems darker should take courage to remain alive in the hope of treatment that can be called curative.” His desperate patients could only hope that Dr. Allen was not whistling in the dark.

Therapeutic progress was excruciatingly slow. Perhaps it was a step forward to conclude that giving patients sugar supplements (to replace the sugar they were evacuating in their urine) was unhelpful. Perhaps reliance on opiates in the late stages of the disease at least dulled the pain. Still, the prognosis for those who develop diabetes at a young age (the “early-onset” form of the disease) was dismal. They would suffer intense hunger and thirst, a wasting away of the flesh from lack of nourishment, ketoacidotic poisoning of the system, “air hunger,” the gradual onset of coma, then death, all in the space of a few weeks or months after onset. 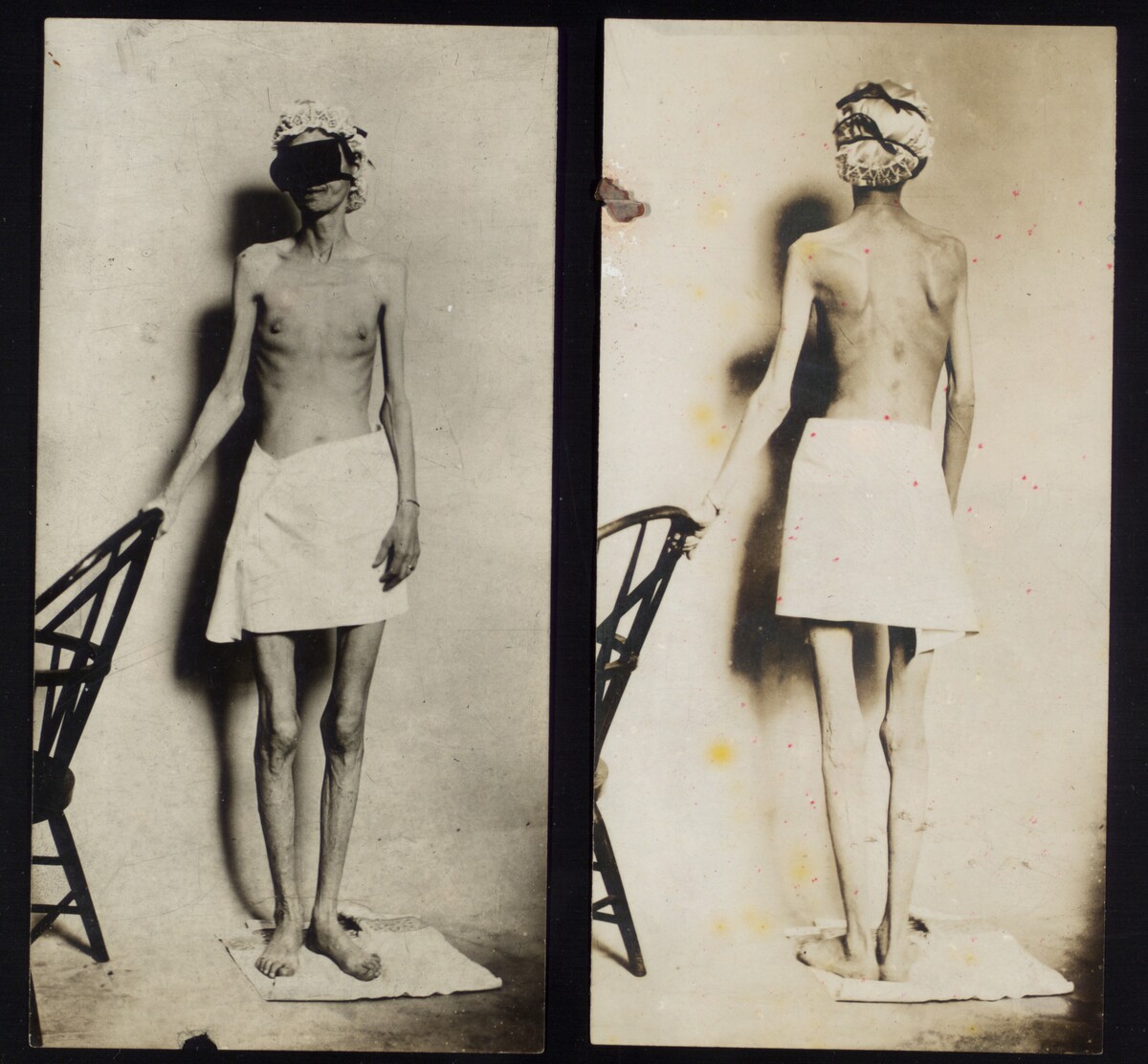 There was one important breakthrough in treatment. Physicians realized that if a body could not metabolize normal amounts of food, it should receive only as much food as it could metabolize. Under-nutrition, especially the under-feeding of carbohydrates, became state-of-the-art therapy in diabetes at the beginning of the 20th century. Diabetics were put on special diets.

For what were called “late-onset” diabetics (whose problem is often more complex than abrupt pancreatic failure), undernutrition could – and can – produce good results. But for young or juvenile diabetics, the diets had to be so restrictive that they usually could not maintain bodily weight. It was in fact a “starvation” therapy, offering a ghastly choice between quick death from diabetes, or a few extra months, possibly a year or two, of life as the patient was deliberately starved to death. The inhabitants of diabetes wards in the age of under-nutrition became human skeletons. Few were able to maintain their diets – unless their caregivers virtually kept them prisoner.

Even after Minkowski and von Mering’s breakthrough, researchers could not find the pancreatic principle that controlled metabolism. It did no good to feed diabetic patients with minced or extracted pancreas. But Eugene Opie and others did observe that so long as the islet cells in even small remnants of pancreas retained their health, diabetes did not develop. The known function of the pancreas was to excrete digestive juices into the duodenum. Did it also produce, in the islet cells, some kind of “internal secretion” directly into the bloodstream? Could that internal or endocrine secretion be isolated from other pancreatic material?

The discovery of internal secretions from ductless glands in the human body the thyroid, the adrenal medulla, the pituitary – led to the realization in the early years of the twentieth century that organs generate chemical messengers, or what in 1902 were named “hormones.” The unveiling of the body's endocrine system became a fascinating new research frontier, with no problem as baffling as the search for a pancreatic hormone.

One researcher after another took a fling at the pancreas, all agreeing that the only proof of success would be to have something that would restore normal metabolism, in other words would relieve or treat diabetes. Detecting sugar in the urine (glycosuria) was the traditional way of diagnosing diabetes. High concentrations of sugar in the blood (hyperglycaemia) were another symptom of diabetes, but until the 19-teens it was technically difficult to do blood sugar measurements.

A series of investigators, especially G.L. Zeulzer in Germany and E.L. Scott in the United States, reported interesting, but very inconsistent results treating diabetic dogs and/or patients with extracts of pancreas. If Zeulzer had been given the kind of research support in Berlin that Banting would later receive in Toronto, or if the Great War had not disrupted his and most other European scientists’ lives, the elusive pancreatic hormone would probably have been isolated before 1920.

By the time Fred Banting began thinking about the pancreas, the search had been resumed and was becoming more focused. In 1919 Israel Kleiner of the Rockefeller Institute published an article in the Journal of Biological Chemistry suggesting that his pancreatic extract was almost ready to try on human diabetics (the pyrogenic or fever-causing effects of Kleiner’s and others' extracts was the main deterrent to such testing). The distinguished Romanian physiologist, Nicholas Paulesco, also resumed his war-interrupted research, and soon had interesting results ready for publication.