I. The Birth of an Idea 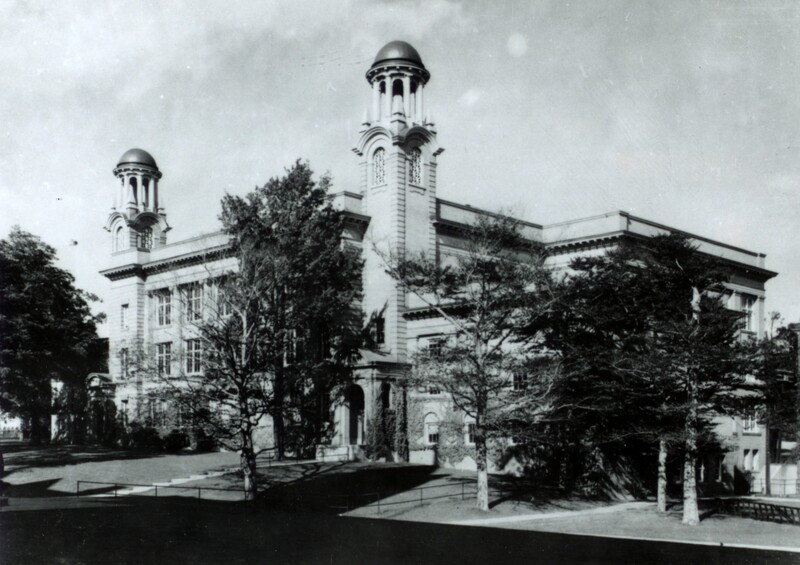 Photograph of the old University of Toronto Medical Building, ca. 1920. It was demolished when the present Medical Sciences Building was built.

One of the most dramatic adventures in the history of medicine had an inauspicious beginning in the office of the University of Toronto's Professor of Physiology, J.J.R. MacLeod, on November 8th, 1920. A shy, inarticulate graduate of the Faculty of Medicine, Frederick G. Banting, came to see Macleod to inquire about the possibility of using the University's facilities to test an idea he had for research on the pancreas.

It was not an easy interview. Banting had no experience at research and knew little about either the pancreas or the disease, diabetes mellitus, for which he hoped to find a treatment. Macleod doubted that the idea Banting was presenting would lead to positive results. But the exact procedures being suggested by Banting did not appear to have been tried by anyone else, and in that situation even negative results could be useful. Macleod was also in the happy position of having an underused facility on his hands. After warning Banting that not much would probably come from the work, and that it would be best to wait until next summer, he offered to let the young man work in his lab. 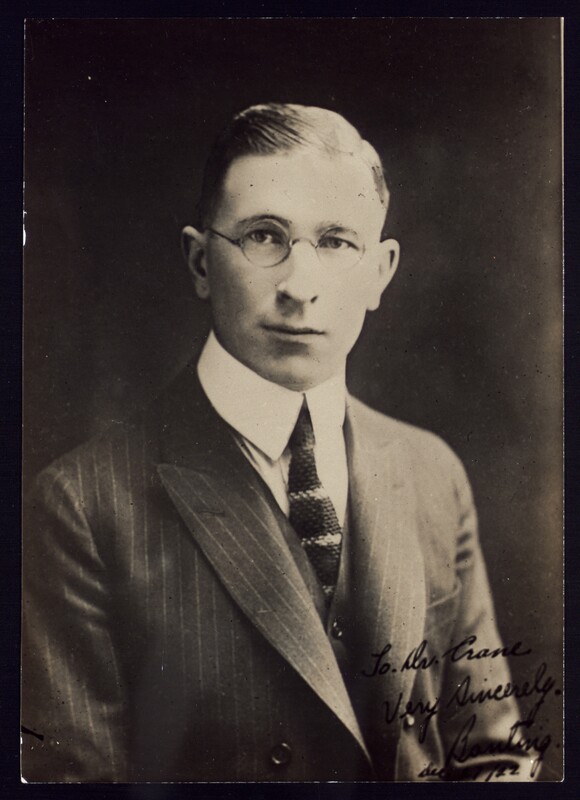 Frederick Grant Banting (1891-1941), was a farmer's son from the village of Alliston, Ontario, some 60 kilometres North of Toronto. He worked hard to scrape through secondary school and go on to attend Ontario's provincial University, the University of Toronto. He transferred from Arts into Medicine, graduated with above average standing in the class of 1917, had already enlisted in the Canadian army, and by the summer of 1918 was treating casualties at frontline dressing stations in France as a battalion medical officer. He saw considerable action, and was eventually awarded the Military Cross for courage under fire, before being wounded by shrapnel.

Back in Canada, Banting served a year’s residency in surgery at Toronto's Hospital for Sick Children, then set up a practice in the small city of London, Ontario, some 175 kilometres west of Toronto. With time on his hands while he waited for the practice to build, Banting took a position as a demonstrator in surgery an anatomy at London's Western University. As part of that job, he had to give his students a talk on the pancreas on Monday, November 1st, 1920.  After preparing the talk, which would certainly have included mention of the issue of whether the pancreas contained an “internal secretion” that was crucial to the control of carbohydrate metabolism and the prevention of diabetes mellitus, Banting picked up a newly arrived issue of Surgery, Gynecology and Obstetrics.

Its lead article, “The Relation of the Islets of Langerhans to Diabetes with Special Reference to Case of Pancreatic Lithiasis” by Moses Barron, MD, discussed the consequences of blockage of the pancreatic ducts in a living subject. The pancreas atrophied or shrivelled, Baron reported, but the cell system in it known as the islets of Langerhans, did not. Since diabetes apparently did not develop in such cases, unless or until the islets were damaged, the hypothesis that the elusive internal secretion of the pancreas originated in the islet cells seemed very strong.

Banting could not get to sleep that night. Eventually he got up and in a little notebook jotted down a date, October 30th, corrected it to October 31st, and then wrote

This was the research idea Banting discussed with MacLeod in Toronto eight days later. Western University did not have the facilities for such complicated work, and in any case Macleod at Toronto was internationally known for his expertise in carbohydrate metabolism. 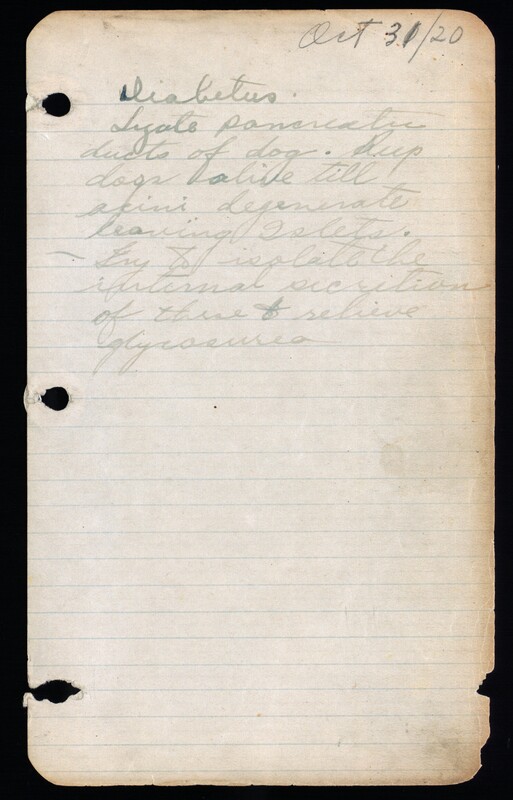 ← Foreword
II. The Terrors of Diabetes →
I. The Birth of an Idea