The Nobel laureates had little to do with one another. Macleod, who supervised a great deal of research on the action of insulin, left Toronto in 1928 to become Regius Professor at the University of Aberdeen, and died there in 1935. 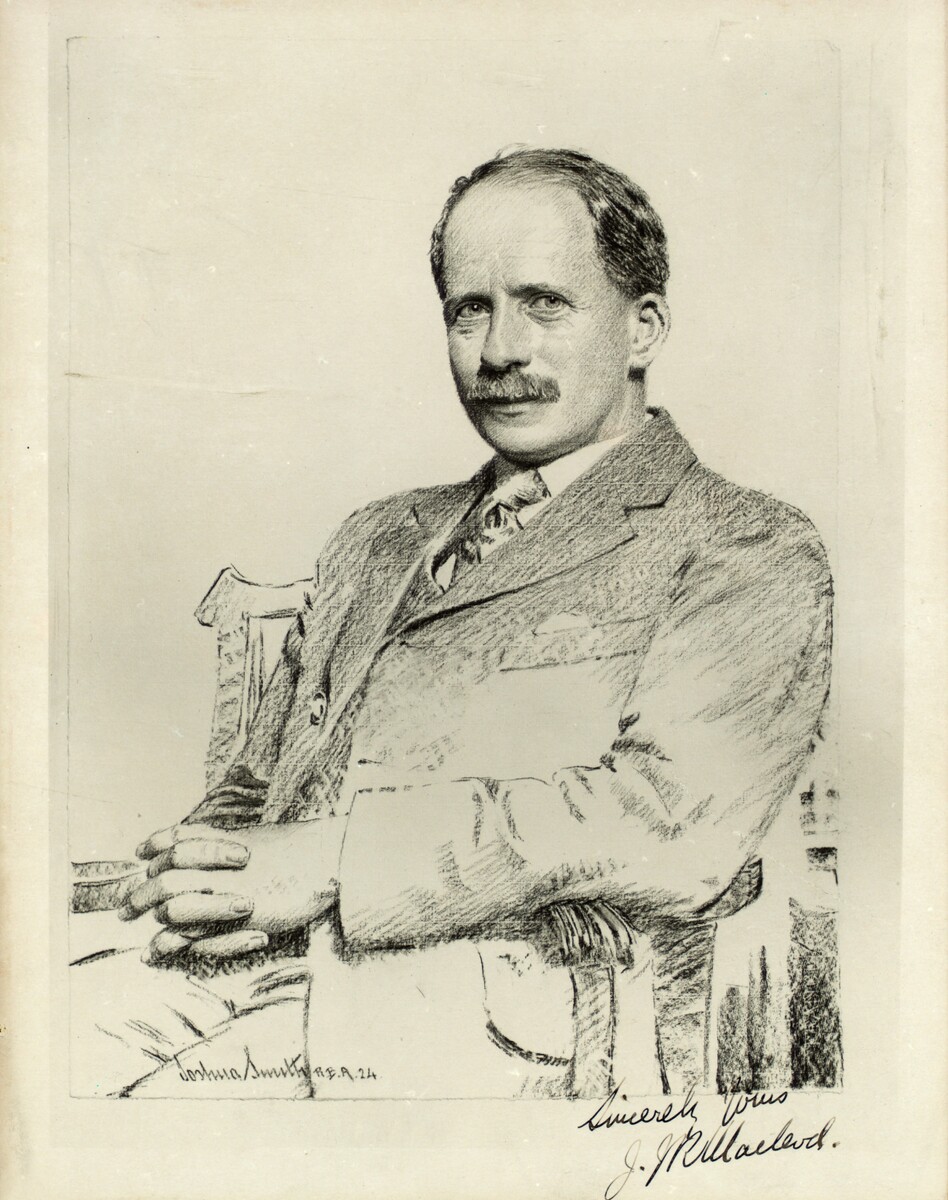 Banting’s Chair of Medical Research expanded into the Banting and Best Department of Medical Research, housed from 1930 in a medical building named the Banting Institute. Banting was more successful as a spokesman for medical research than a laboratory worker. In 1941 he was on an official mission to study wartime research in Britain when the Hudson bomber on which he was a passenger crashed in Newfoundland. He died from his injuries.

J.B. Collip became one of the first to isolate parathyroid hormone in 1925. In 1928 he moved from the University of Alberta to McGill University; his laboratory there was on the forefront of endocrinological research in the 1930s, doing path-breaking investigations of the ovarian, gonadotrophic and adenocorticotrophic hormones. In 1947 Collip became Dean of Medicine at the University of Western Ontario, and was still engaged in research there when he died in 1965. In the mid-1920s Collip and Banting patched up their differences and became good friends. 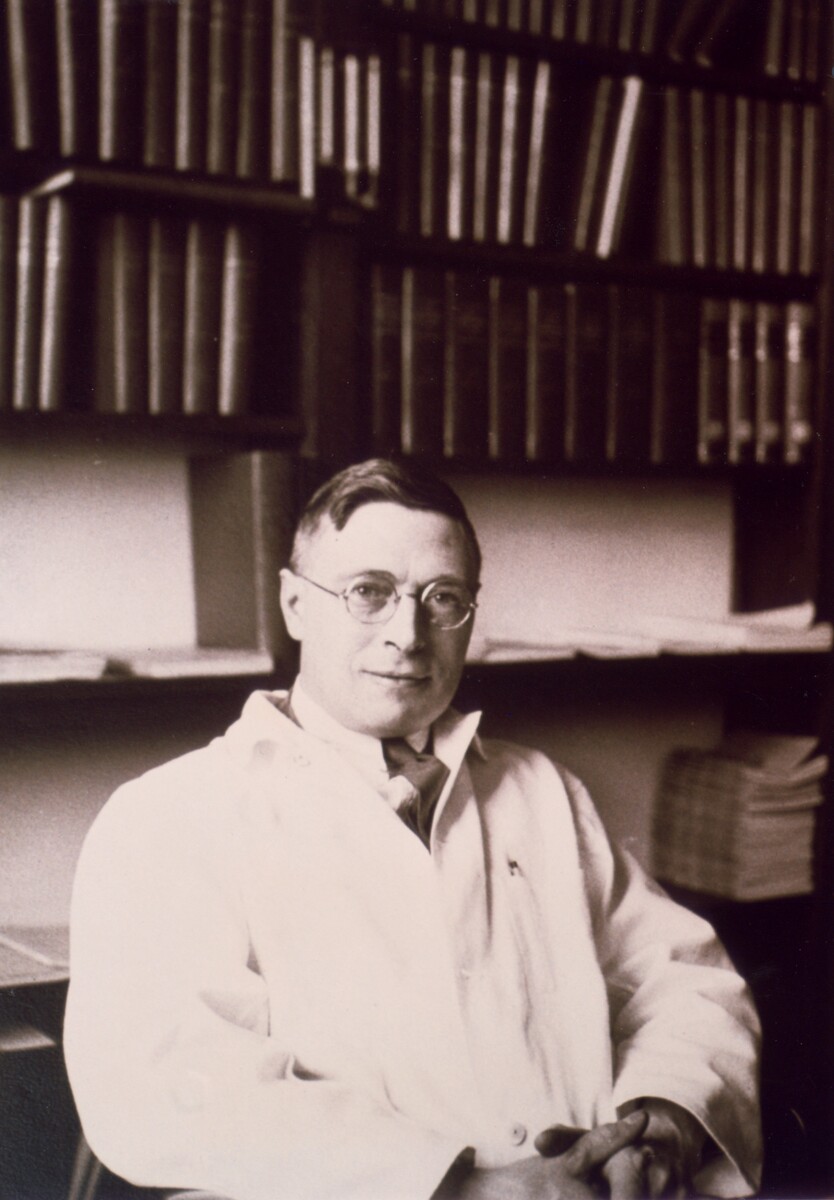 Photograph of J. B. Collip in his office at McGill University ca. 1930.

Charles Best finished his medical degree in 1925, did a D.Sc. in England, and returned to Toronto where, at age 29, he was chosen to replace Macleod as Professor of Physiology. After Banting’s death he also became Chairman of the Banting and Best Department. In 1953 the University opened the Best Institute next door to the Banting Institute. Best and his associates continued to study the properties of insulin, worked on the dietary factor choline, and were instrumental in the development of the important anti-coagulant, heparin. After Banting’s death Best received many honours as the principal living discoverer of insulin. He died in 1978. 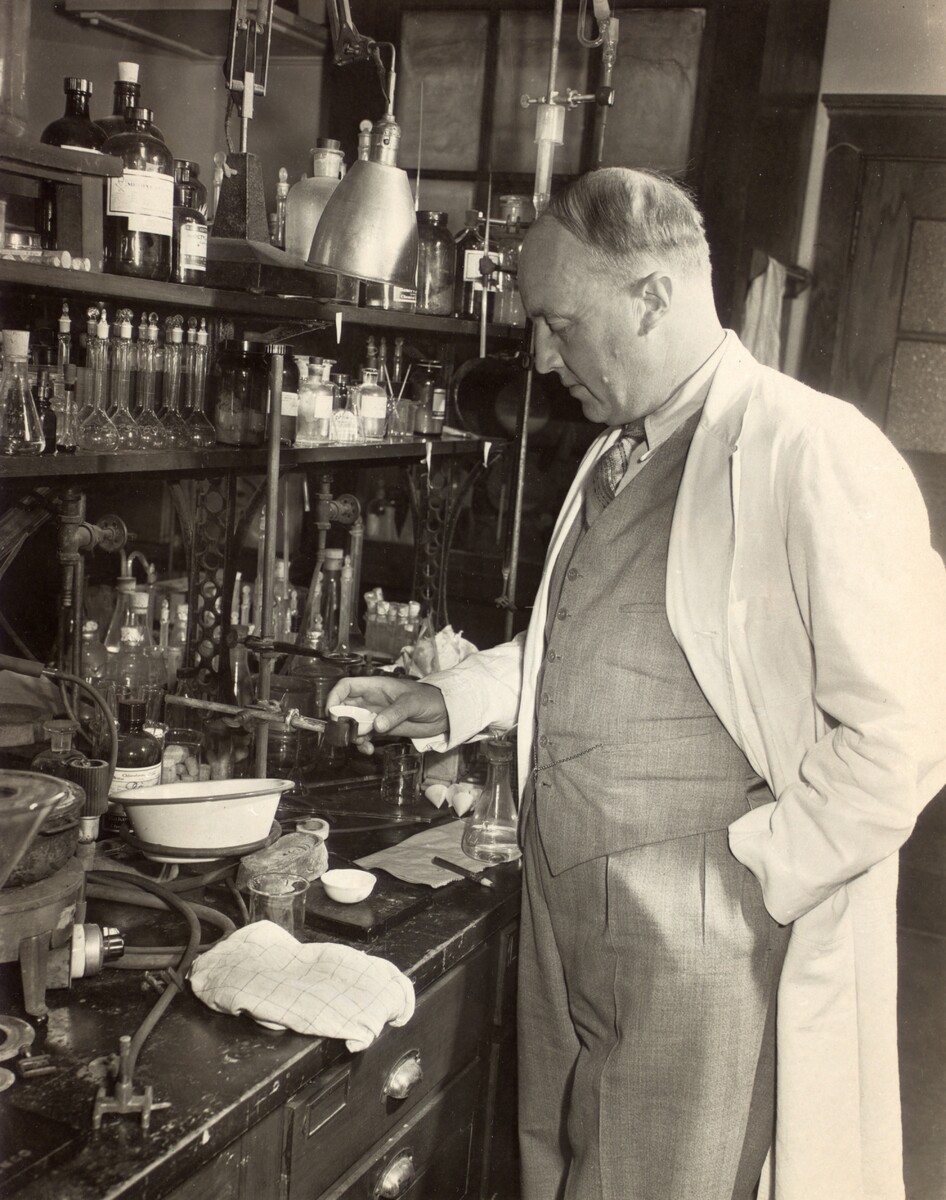 Photograph of C. H. Best in his laboratory, University of Toronto, June 1948.

Many of the starving children who were brought back to life on insulin went on to lead normal, productive lives. Leonard Thompson, the first patient, died in 1935 of influenza and complications from his diabetes. James Havens, the Rochester boy, became a widely exhibited artist. He died of cancer in 1960 at age fifty-nine.

Elizabeth Hughes graduated from university in 1929, married, bore three children by caesarian section, and became prominent in civic affairs and volunteer work in Michigan. She died of a heart attack in 1981, in her fifty-ninth year of taking insulin.

Theodore Ryder became a professional librarian. In the 1980s he was given considerable recognition by the American Diabetes Association and other bodies as the last of the original Toronto patients. He returned to Toronto in 1990 to be present at the dedication of a new historical plaque to the discovery of insulin, the opening of a special exhibit in the Medical Sciences Building, and the naming of its auditorium in honour of J.J.R. Macleod. In July 1992 Ted Ryder became the first person to survive 70 years on insulin. He died the next spring at age seventy-six.

Both Elizabeth Hughes and Ted Ryder outlived all the physicians and scientists who had been involved in the discovery of insulin.

This essay was first published in 1996 by Michael Bliss.

← VIII. The Struggle for Glory
Highlights from the Archives →
IX. Afterwards