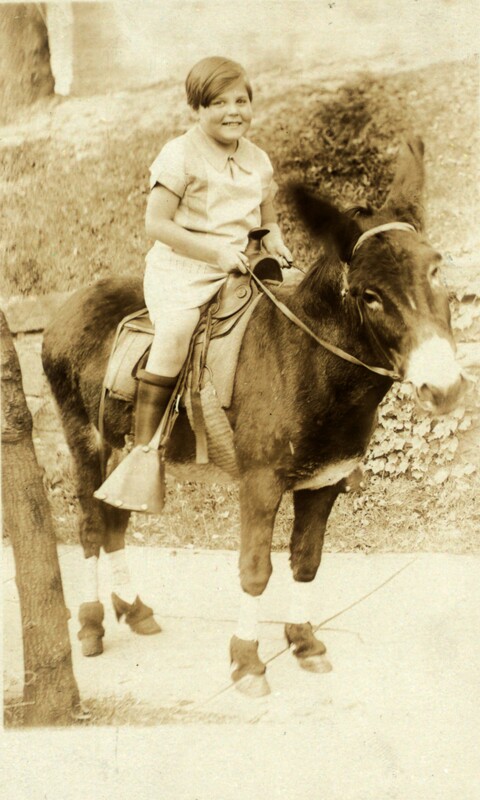 Six year old Janet Turnbull was admitted to Toronto General Hospital on August 20, 1922. Her condition must have improved rapidly as she was discharged shortly after on September 22 and returned to her home near Pittsburg, Pennsylvania. Her mother kept detailed charts of her progress which show how difficult it was for a young diabetic child to stay on a strict diet. After Janet had been discovered taking a spoonful of jelly as she cleared the dishes from the table and then eating peanuts she had been given by a neighbour, her mother wrote in despair to Banting:

"She is like a periodic drinker. Will resist temptation for food for weeks, then when she begins to break out seems unable to stop." 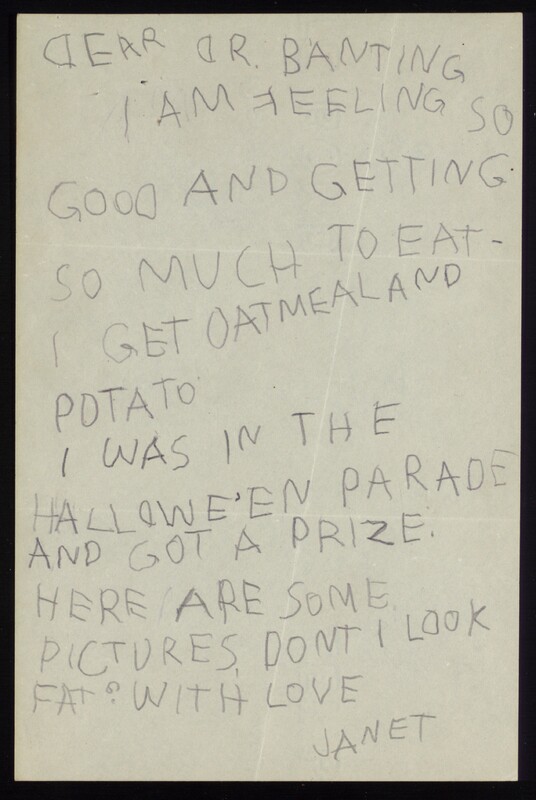 "I am feeling so good and getting so much to eat. I get oatmeal and potato. I was in the Halloween parade and got a prize. Here are some pictures. Don't I look fat?"