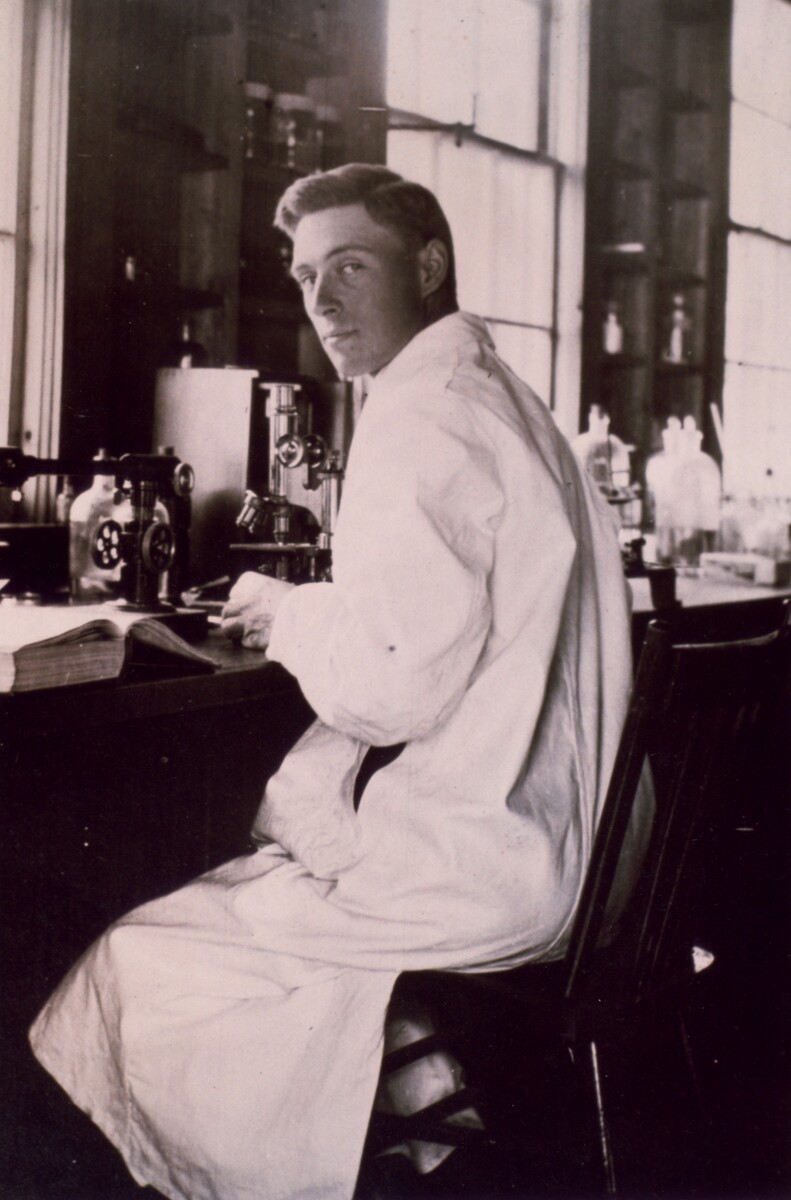 On the occasion of one of his first meetings with Macleod, Banting was introduced to James Bertram Collip (1892-1965), an intense young scientist with a Ph.D. in biochemistry from Toronto, who had already risen to a full professorship at the University of Alberta and had considerable knowledge of both internal secretions and the preparation of tissue extracts. Collip was discussing with Macleod the prospect of working with him in Toronto, on a quite different project, as part of a sabbatical year in 1921-22. Banting wrote Collip's 1921 summer address in his original notebook, presumably as a possible resource person.

Later that autumn, after Collip came to Toronto, he got to know Banting, expressed interest in Banting and Best’s work, and offered to help in any way he could. Banting had several times mentioned to Macleod the idea of enlarging the group, but Macleod encouraged him and Best to finish the original project. With the pace obviously quickening in December and Macleod having come to believe that this work could be very important indeed, it was decided to add Collip to the team. Best, who was an M.A. student at the University that year, continued to assist Banting, but was clearly, and to his discomfort, now in the shadow of the trained biochemist.

Collip began working during the second week of December, making extracts from whole beef pancreas and initially using the same methods Macleod, Banting, and Best had developed. Collip worked in a separate lab, well away from the dog quarters. Fearing anti-vivisectionist criticism, Macleod did not like the animals being moved from one building to another. Perhaps for this reason, one of Collip’s first experiments was to follow up a suggestion of Macleod’s and try the extract on diabetic rabbits. Not only did it lower their blood sugar, but it also lowered that of normal rabbits, Collip discovered. Now there was a quick “rabbit test” of extract potency.

(Exactly when the group realized that the internal secretion could reduce blood sugar to a condition of severe hypoglycemic shock is not clear from the documents. It appears that Collip and/or Macleod first realized the meaning of the syndrome, but probably not until January).

As a result of consultation among the group, Collip also began experiments to test the extract’s impact on the liver: would it restore the liver's ability to store glycogen, a function lost in diabetes? Collip further undertook to see if the extract reversed the ketoacidosis that developed when victims of diabetes could not metabolize fats. In preparing his own extracts, Collip also developed improvements in technique.

Banting and Best were now attempting to make larger batches of potent extract, but began having serious difficulties. Their notebooks show a consistent pattern of failure to test potent extract in the week of December 22, using both dogs and rabbits. Perhaps out of frustration, and apparently without telling Macleod, Banting decided to try the extract on a diabetic human. The only record of this trial is contained on one index card:

Clinical Use
Dec. 20. Phoned Joe Gilchrist —
gave him extract that we knew to be potent. — by mouth — empty stomach Dec. 21 — no beneficial result 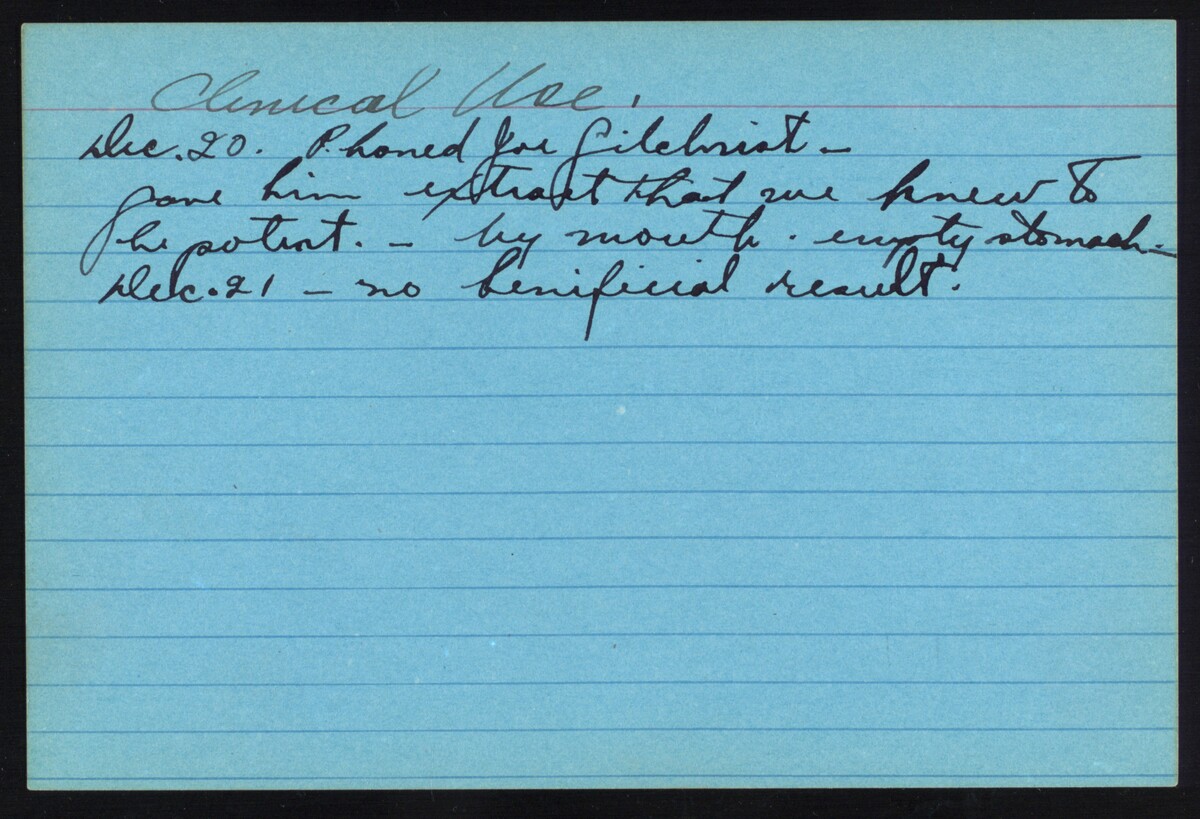 Note written by Banting, recording the first clinical use of extract, [Dec 20 1921].

The extract had been administered orally because injections had occasionally caused serious shock-like reactions in animals. Banting and Best probably tested the sugar in Gilchrist’s urine. They had not tested their extract orally on animals, and did not know that insulin cannot be administered orally — the test was bound to fail.

The fact of repeated failure, on a human as well as animals, could not have left Banting in a very positive mood as he and the other members of the team left Toronto after Christmas to make the first presentation of their findings at a scientific meeting. Collip, however, had achieved exciting last minute results suggesting that the extract restored glycogen-formation and abolished ketosis. This was a huge step forward from being able to attack hyperglycemia and/or glycosuria.

← IV. Expanding the Research
VI. From Embarrassment to Triumph →
V. Growing the Team