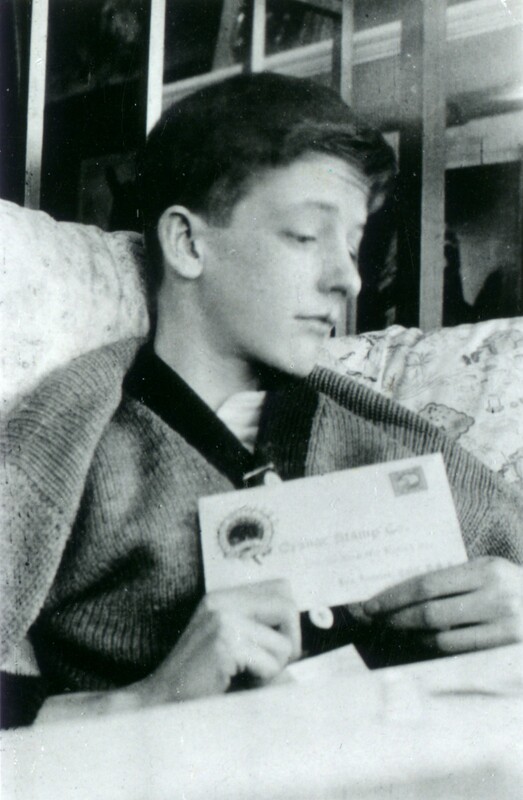 In May 1921 twenty-two year old James (Jim) Havens (1900-1960) was in the last stages of diabetes. He had been diagnosed as diabetic at age fifteen and for several years his disease had been partially controlled by a rigid diet. By the spring of 1921, however, he weighed less than seventy-four pounds, and was too weak to sit up in bed.

In mid-May, Havens's doctor, John R. Williams, came to Toronto to make a personal appeal to Dr. Macleod for a chance to try out the new extract on his patient. Macleod and Banting agreed and on May 21 Jim Havens received his first injection. The initial injections appeared to have no effect but after Banting himself traveled to Rochester to examine Havens and adjust the dosage, his condition improved substantially. In two weeks he had regained enough strength to walk about the house. 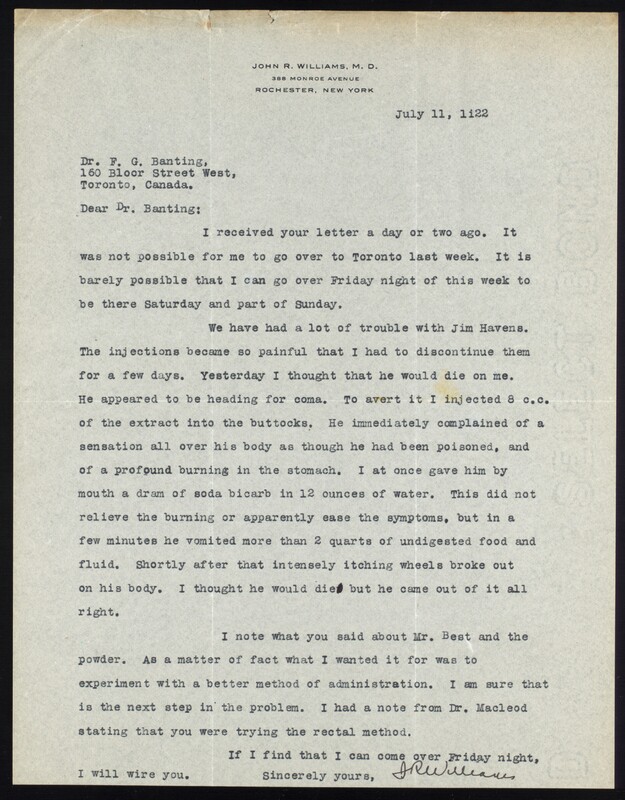 This letter describes Havens's initial difficulties tolerating the insulin that the Connaught Laboratories was supplying:

We have had a lot of trouble with Jim Havens. The injections became so painful that I had to discontinue them for a few days. Yesterday I thought that he would die on me. He appeared to be heading for coma. To avert it I injected 8 c.c. of the extract into the buttocks. He immediately complained of a sensation all over his body as though he had been poisoned, and of a profound burnn the stomach ... intensely itching wheels broke out on his body. I thought he would die but he came out of it all right. 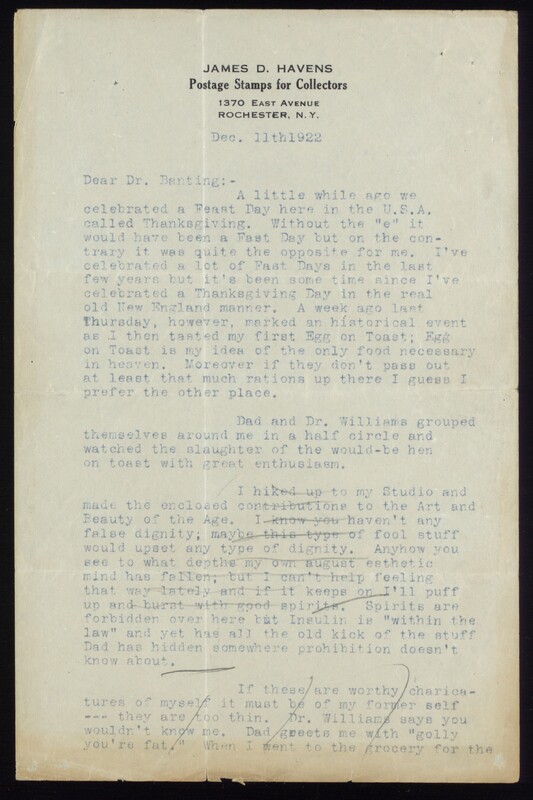 A week ago last Thursday ... marked an historical event as I then tasted my first Egg on Toast. Egg on Toast is my idea of the only food necessary in heaven ... Well, Thanksgiving has recently become a great institution over here; you ought to celebrate it there. It makes a fellow think a lot of great sentimental stuff about his good fortune and how lucky he is ...

Gradually over the next few months Jim Havens did improve as the insulin he received improved in quality. His strength increased with his weight and his former optimism returned. 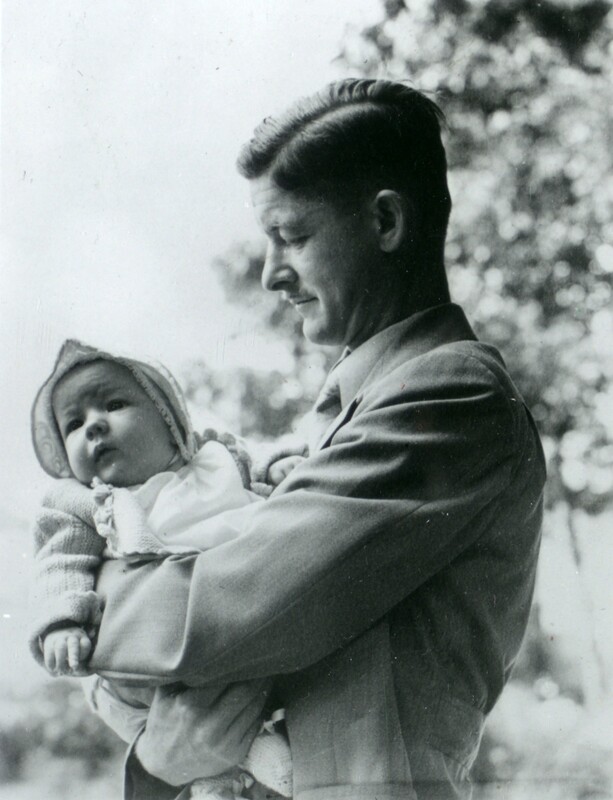 Photograph of Jim Havens with one of his children.

Jim Havens continued to thrive on insulin. He became a well known artist and illustrator in the United States. He married and became the father of two children. He lived until the age of sixty when he died of cancer.