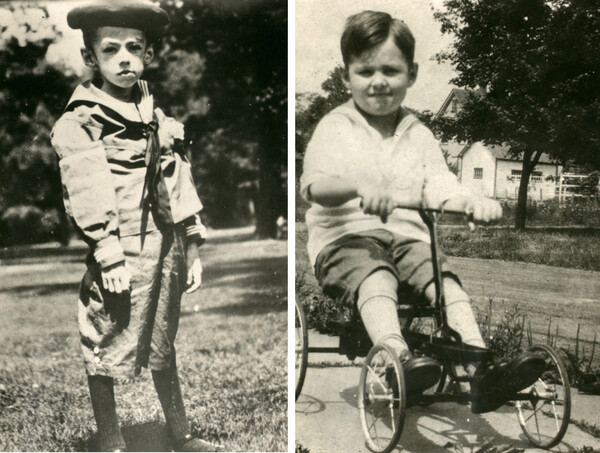 Ryder developed diabetes at age four. When his family heard about Banting's insulin trials, Teddy's uncle, Dr. Morton Ryder, contacted Banting in June 1922 to see if he would be able to treat his little nephew if he was brought to Toronto by July 1.

Initially Banting told Dr. Ryder that there was not enough insulin to treat Teddy, and that he should come in the September. Dr. Ryder wrote a letter to Banting stating that he did not think Teddy could wait until September as his condition had become dire.

"We must not delay if the boy's life is to be saved ... He is now, as you will judge from the weight (26 lbs.), very considerably emaciated. He walks about the house tho to look at his legs one would suppose him unable even to stand. He can be interested in numerous diversions but for months has not had the energy to play by himself." 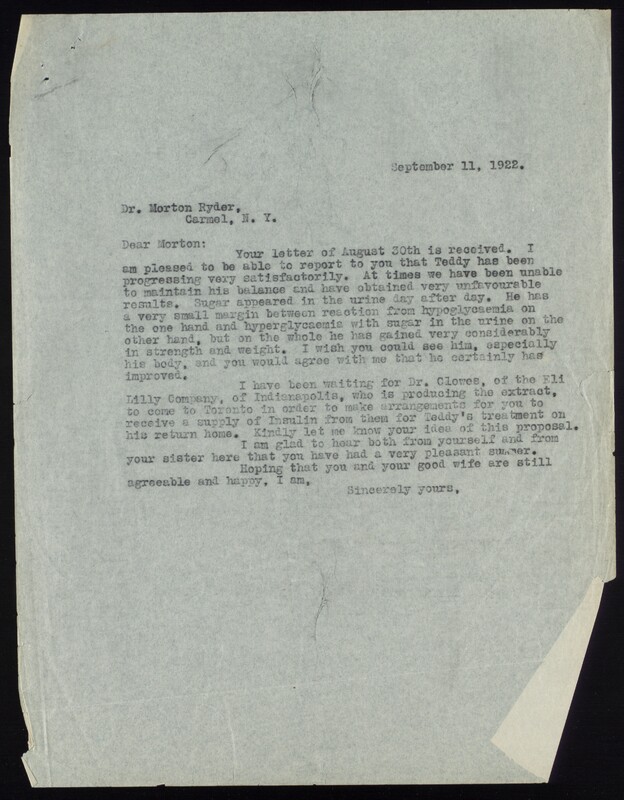 F.G. Banting. Letter to Dr. Morton Ryder, Carmel, N.Y. September 11, 1922.
Banting agreed to treat Teddy, and on July 10, 1922 he became one of the first patients to receive insulin. Within two weeks of the treatment, there were positive results and Ryder began to gain weight.

In this progress report from Banting to Dr. Morton Ryder, he wrote:

"I am very pleased to be able to report to you that Teddy has been progressing very satisfactorily ... on the whole he has gained very considerably in strength and weight." 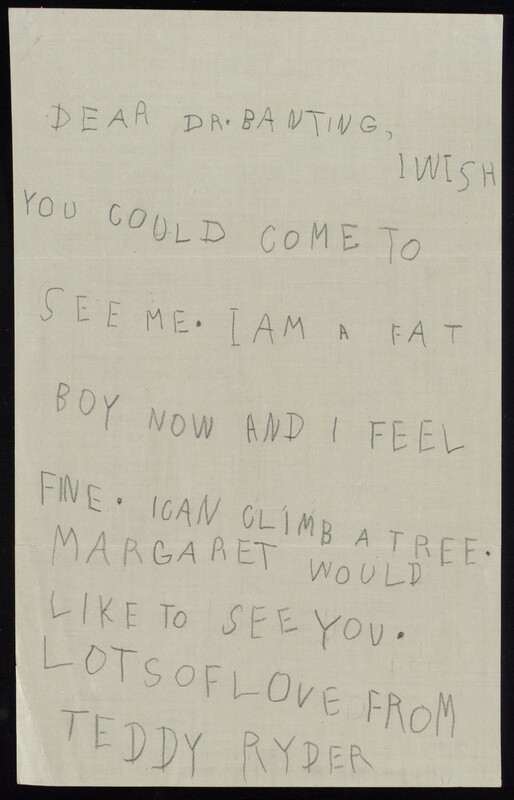 Ryder kept in touch with Banting through letters until Banting's death in 1941. In this excerpt from Ryder's first letter to Banting after he returned home he tells him: "I wish you could come to see me. I am a fat boy now and I feel fine. I can climb a tree..." 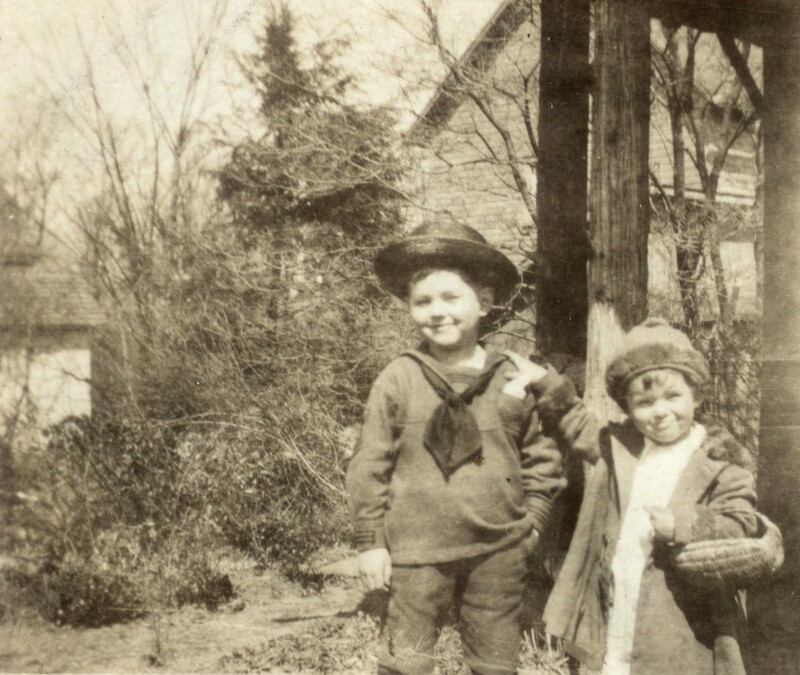 Photograph of Teddy Ryder and his sister, Margaret, April 1923.

Teddy continued to write to Banting.

"I wish I could see you. I am feeling fine now. I would like to go to Toronto to see you ... I sent you my picture with Margaret. Do you know me now?" 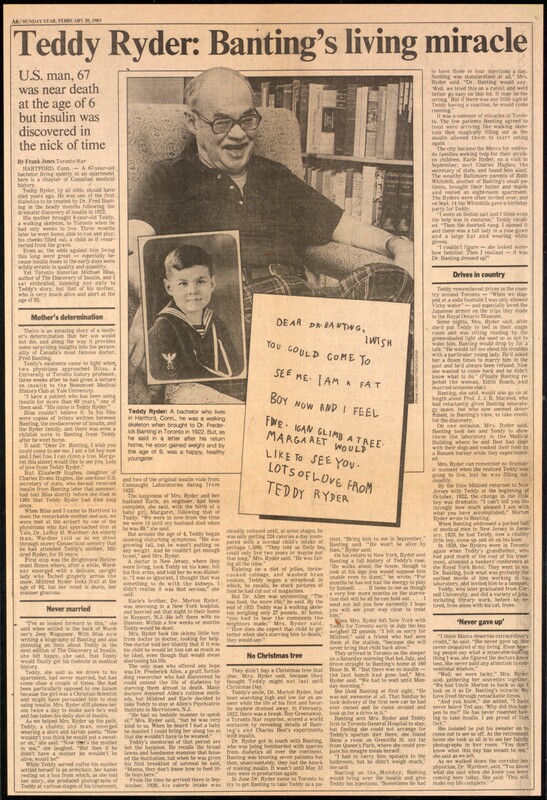 This article was written by Star reporter, Frank Jones who interviewed both Ted Ryder and his mother (then in her nineties) at their home in Hartford, Connecticut. Both Ted and his mother had vivid memories of the months they spent in Toronto in 1922. University of Toronto historian, Professor Michael Bliss, author of The Discovery of Insulin, had discovered that Ryder was still alive when he met Ryder's doctor after giving a lecture to a medical history group at Yale University.

Ted Ryder died in 1993, at the age of seventy-six, having lived for over seventy years on insulin.