In the summer of 1921, a team at the University of Toronto isolated insulin, an active secretion from the pancreas. In doing so, Frederick Banting, Charles Best, James Collip, and J.J.R. Macleod brought about a dramatic breakthrough in the treatment of diabetes. Since all types of diabetes occur as a result of the body’s inability to use blood sugar efficiently, and insulin is responsible for the regulation of blood sugar, its discovery and isolation meant that the lives of millions of diabetic patients could be extended. For their efforts, Doctors Banting and Macleod were awarded the Nobel Prize in 1923.

The Thomas Fisher Rare Book Library is delighted to participate in the celebrations of the one-hundredth anniversary of the discovery of insulin by mounting this exhibition. The initial excitement over the development of an effective treatment for diabetes marked a fascinating story behind the discovery of insulin – a story of rancour and competition, as well as of dedication and genius. Alexandra Carter and Natalya Rattan’s The Discovery of Insulin at the University of Toronto highlights the Thomas Fisher Rare Book Library’s comprehensive archives relating to the ‘miracle cure’, including the records of F.G. Banting, C.H. Best, and the Insulin Committee, in addition to photographs, patient letters, and Nobel Prize materials. These rich sources, as well as an account by the late University Professor Emeritus Michael Bliss, document the significant gains and trying mishaps along the tenuous path to insulin discovery.

I wish to thank Alexandra Carter and Natalya Rattan for curating this digital exhibition. We are also grateful to Elizabeth Bliss for permission to use Dr. Bliss’s account of the discovery written for the Thomas Fisher Rare Book Library’s 1996 exhibition catalogue marking insulin’s seventy-fifth anniversary. And above all, we thank that University of Toronto team responsible for one of the most significant medical advances of the twentieth century. Their life-saving work continues to resonate and fascinate one hundred years later. Happy centenary! 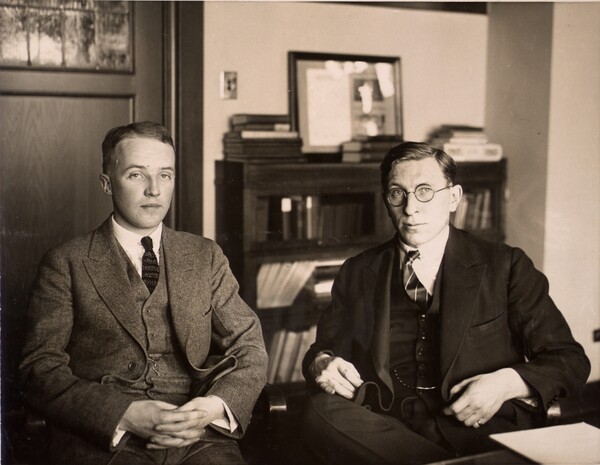 ← Home
I. The Birth of an Idea →
Foreword