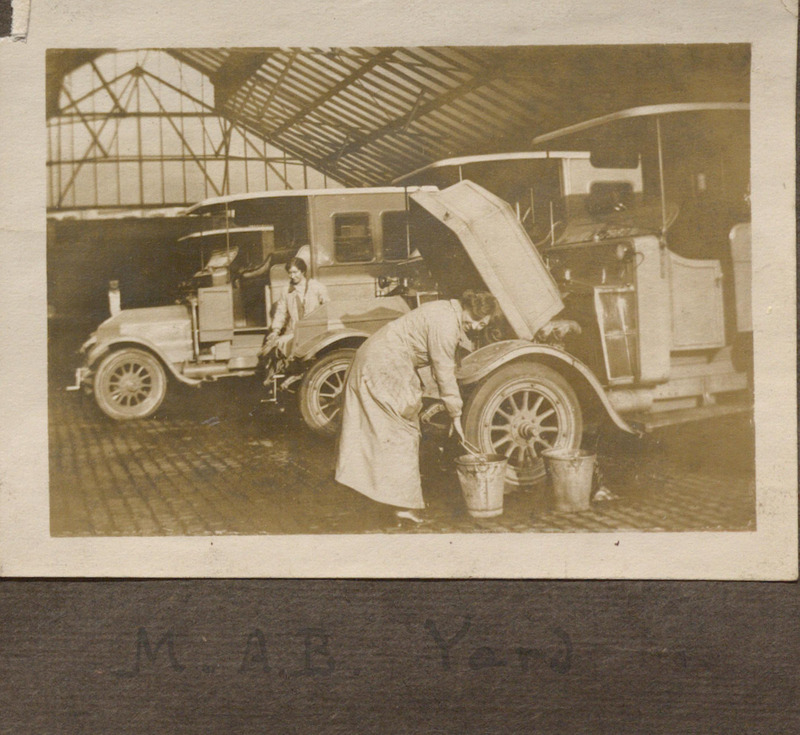 Photograph of the Metropolitan Asylum Board (MAB) ambulance yard, 1915

Muriel Mina English (1881-1973) was the daughter of George English and Emily Mina Young, and the youngest of nine children. She grew up in the village of Comb-Hay, where her father was the local Anglican priest. English began her war service as a hospital secretary at the No. 1 Red Cross Hospital in Bath between November 1914 and May 1915. She then trained to become a motor ambulance driver with the Metropolitan Asylums Board (MAB) in London from the summer of 1915 until early 1916. Proficient in driving, she was attached to the 108th Somerset regiment of the Women’s Legion section of the Royal Army Service Corps as a Head Driver and Section Leader and sent to France. She remained in France throughout most of 1916 and 1917, before being posted to the Aldershot Camp in England in early 1918. When the war ended, she joined a group of nurses and female ambulance drivers to tour the battlefields of France and Belgium, and subsequently witnessed the cleanup efforts, in the summer of 1919. 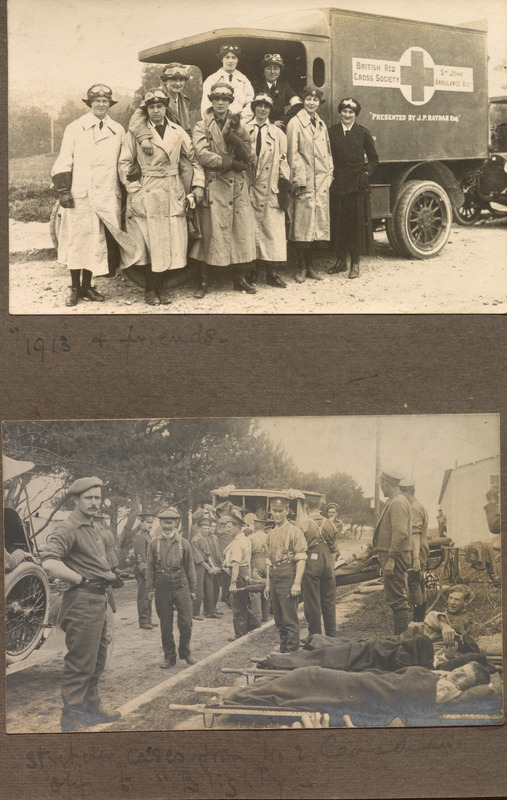 Photograph of women ambulance drivers and wounded soldiers preparing for transport in France, [1916-1917] 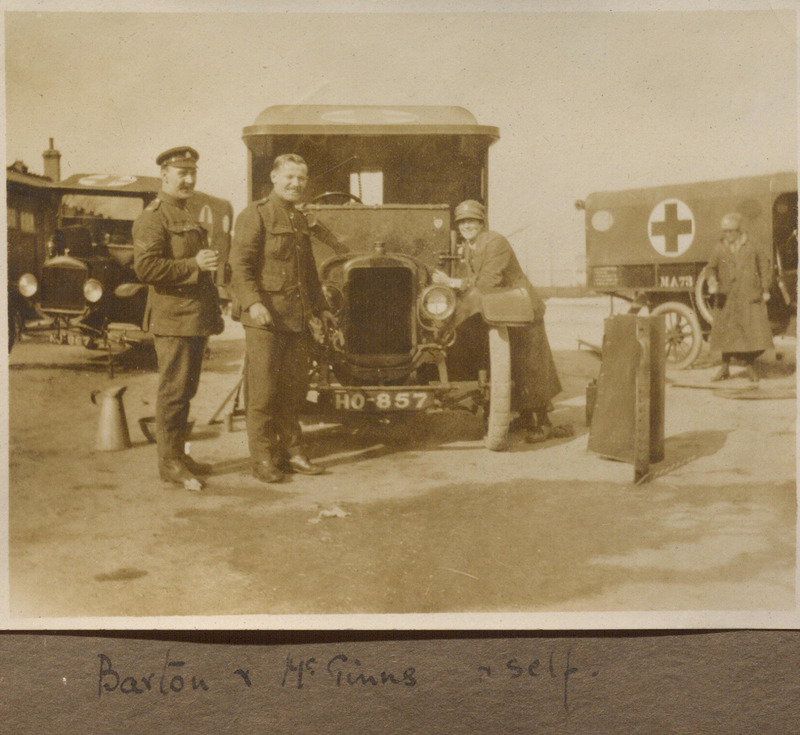 Photograph of Muriel Mina English (far right) with Barton and McGinns at Aldershot before departing for France, 1916

Containing over 200 photographs, English’s three photograph albums, each with careful notations under nearly every photograph span the entirety of her war-time years. The first album opens with the nurses of the No. 1 Red Cross Hospital, and the ambulance bay of the MAB, before final training in Aldershot. At Aldershot, she photographed herself posing with an ambulance, as well as Women's Legion drivers being inspected by the King, before travelling to France. 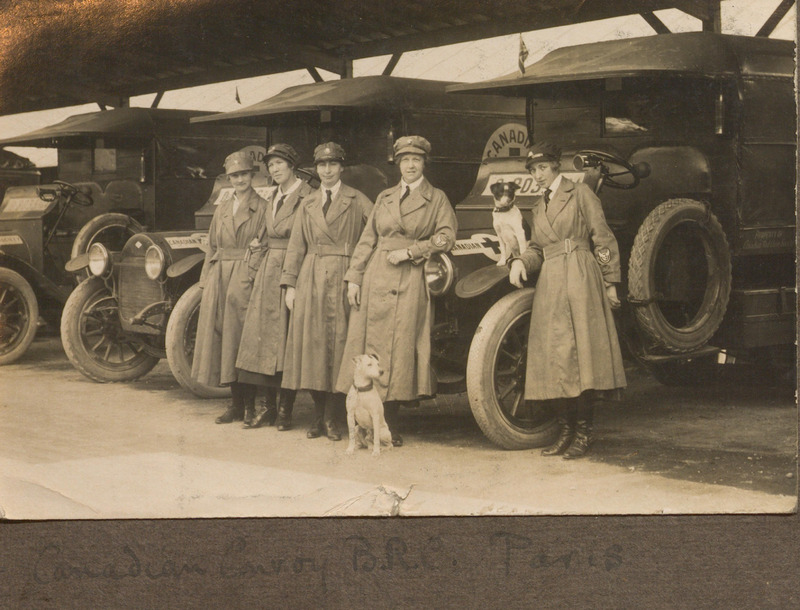 English's albums are remarkably detailed and fascinating in their depth. She made a point to photograph as many groups and drivers as she could, showing British, New Zealand and Canadian drivers at work and at rest. English's photographs focus foremost on the work of an ambulance driver, and centred on their tasks of driving wounded soldiers from clearing stations to hospitals, as well as providing transport for funerals.  In a four-photograph series, she shows the procession of a military funeral, with the ambulance featured prominently in three of four photographs, beginning with the bringing the flag-draped casket to the vehicle, driving to the cemetery, and the final ceremony with the grave flanked by soldiers and nurses. 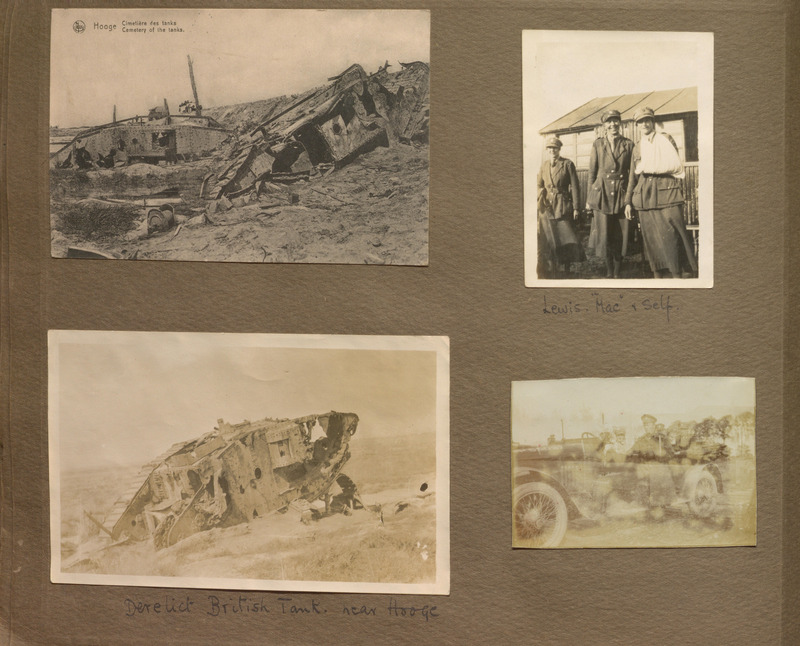 The final events depicted in English's albums are from her battlefield tour to locations made famous through battles in France and Flanders, including the beleaguered Ypres. Immediately following the war, visitors and pilgrims flocked to the battlefields of the Western Front. The activity grew so popular that Michelin created Battlefield guidebooks for the curious tourist. Tours, lasting several weeks, were organized for nurses and ambulance drivers with visits to the scenes of Arras, Vimy, Lens, Ypres and, even onward to Cologne, if they so chose. While English had spent years in France, she was most frequently behind the lines at clearing stations and hospitals, and this would have been one of her first chances to see the places she had heard seen from a distance and heard about from the soldiers.

The entirety of Muriel Mina English's albums have been digitized and are available on Flickr. The Library acquired these albums through purchase in 2017.