Photographs from the 3rd Battle of Artois 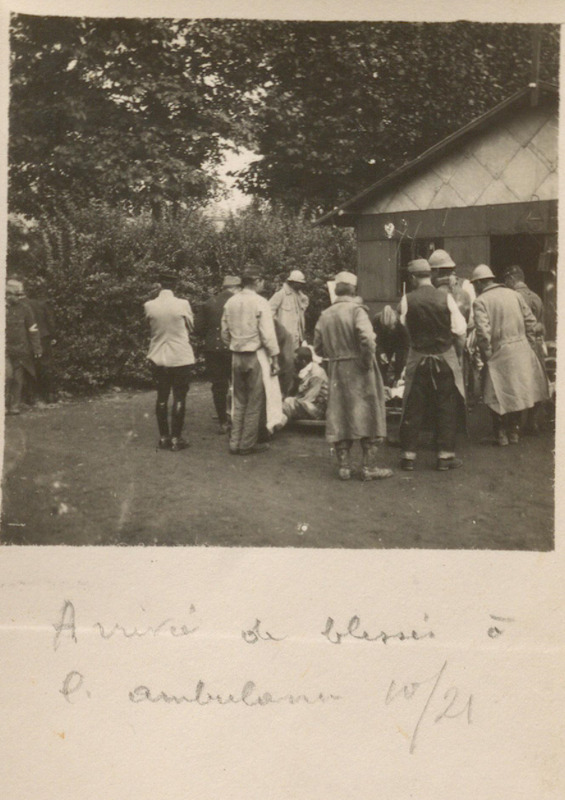 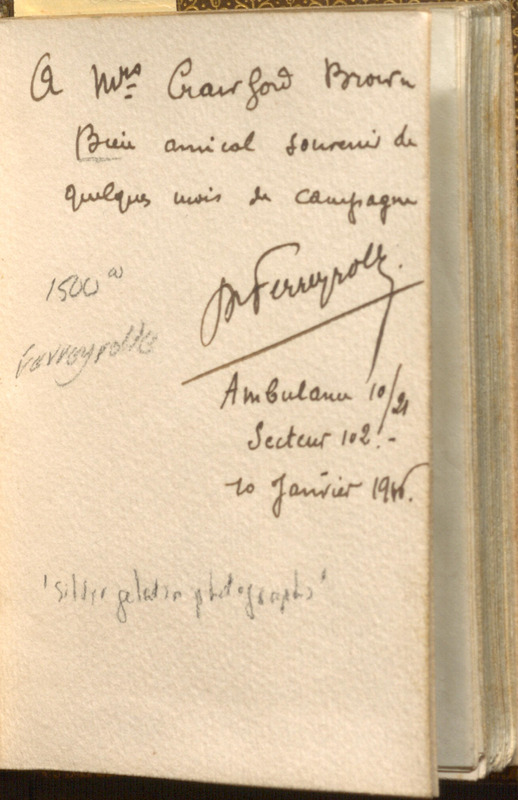 While some kept albums and scrapbooks were created as keepsakes of war-time experiences, others were made as gifts. An example is this very small book (measuring only five inches tall), elaborately bound in brown leather with gold tooling and "Campagne 1915 Artois Souvenirs" written along the spine. Inside are fifty-three small gelatin photographs, presumably taken by the creator of the book, hand printed on thick paper, and each annotated in pencil.

D. Ferreyrolle was ostensibly a French ambulance driver, stretcher bearer or other medical personnel. In the French Military, ambulances were numbered and assigned to Army Corps, and accordingly, this individual likely worked on Ambulance #10 in the 21st Army Corp. The 21st Army Corps was stationed in Sector 102 during the Third Battle of Artois (September - November 1915) and positioned between Loos and Arras.

The recipient of the album is more difficult: Mrs. Crawford Brown, is not a particularly French sounding name, but whoever this individual was must have had a command of the language, as the dedication and all subsequent descriptions are in French. A woman on the battlefields of France was most likely a nurse or an ambulance driver, either of which could have easily overlapped and became friendly with a French ambulance driver, especially if they were able to converse.

The photographs are exceptionally detailed and show not only the day-to-day views of an ambulance driver, such as wounded men on stretchers awaiting transport and cemeteries, but also well-known sights of the area including the destroyed church at Ablain St. Nazaire, the trenches at Souchez and the skeleton double spires of the Church at Mt. St. Eloi.

The library acquired this book of photographs in 2008.

← Album of a Belgian Soldier
Autograph and Scrapbook of the Great War →
Making Memories: Albums and Scrapbooks
Photographs from the 3rd Battle of Artois