I Regret to Inform You: Death at the Front 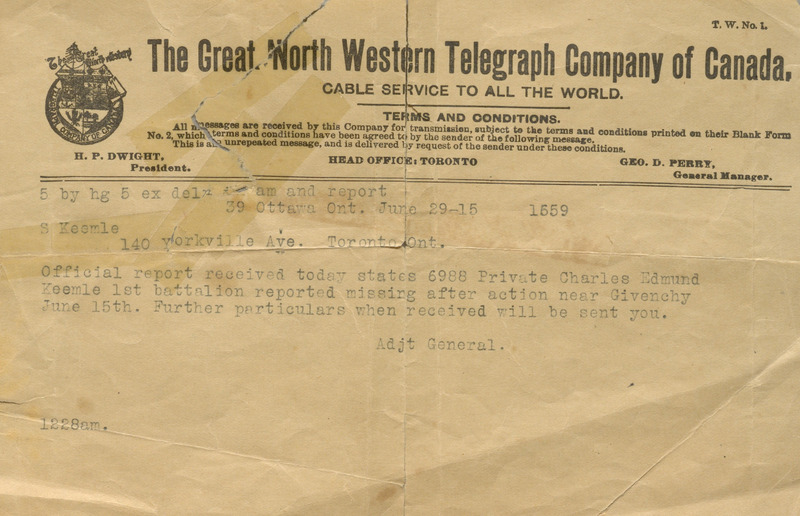 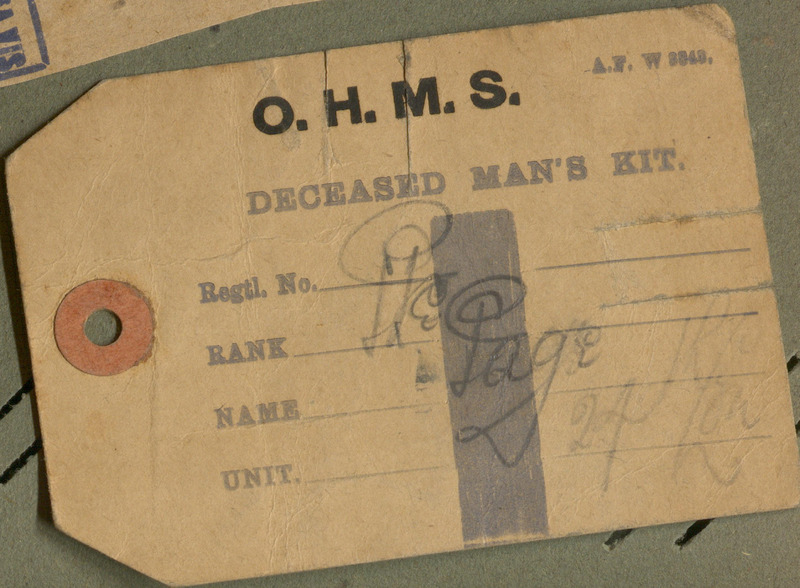 The Great War would bring an unprecedented level of death and destruction. New inventions in warfare, such as poisonous gas (introduced by the Germans during the Second Battle of Ypres in April 1915) the machine gun, and the industrial use of artillery greatly contributed to the deadliness of war.

In Canada, 619,636 men and women enlisted as soldiers and nurses for the war effort. Approximately 424,000 would see service overseas. Of those, 56,638 would make the ultimate sacrifice.

In the United Kingdom, 744,000 men and women would die in service to the king.

Explore the links to the left to read about the stories of two soldiers, Alfred King Tripe and William Thomas Clements, who died during the course of the war. Ned Keemlé, an American-born resident of Toronto, died in action in 1915. His story, told through letters with his mother and sisters, can be found under the "letters" section of this exhibition.

These official numbers do not include post-war deaths caused by sustained health issues or mental trauma due to service in the First World War. Further stories of the sacrifice by Canadians during the war are presented in the story of Sgt. Charles Albert Bovill, who died after the war after contracting tuberculosis in a Prisoner of War camp. In the Veterans section, thirty-two Toronto widows pleaded for further support from the Government of Canada in the 1941, after their veteran husbands died prematurely due to the physical and mental complications of their wartime experiences. 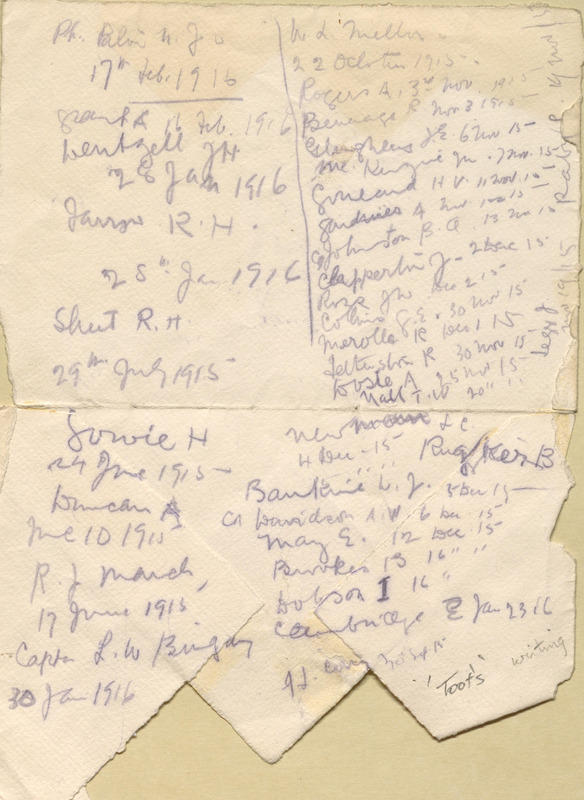 Handwritten list kept by R.G.E Leckie of Canadian soldiers killed during 1915 and 1916, written on the back of an envelope.

← Gordon Stokes' Postcards
William Thomas Clements →
I Regret to Inform You: Death at the Front