Album of a Belgian Soldier 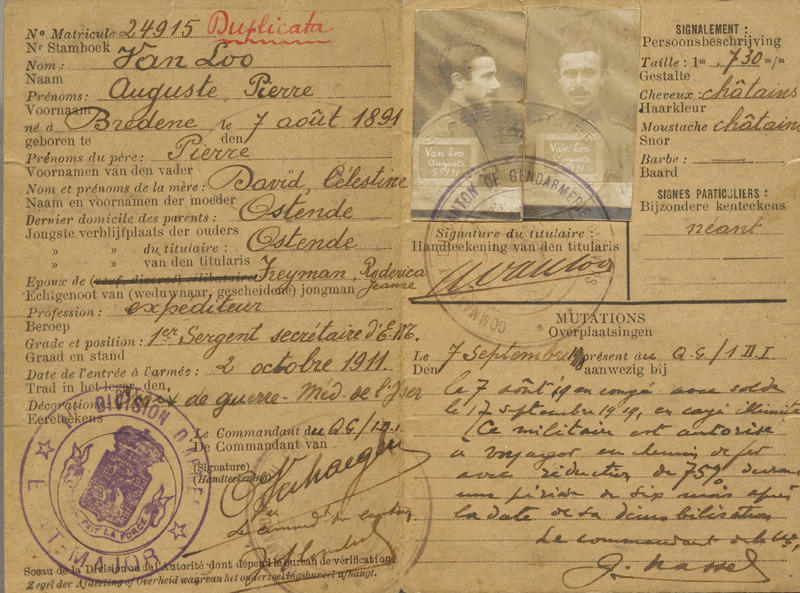 In 2016, the Fisher Library acquired the exceptionally well-cared for photograph album of a Belgian soldier who served in the First World War. The album, bound in maroon cloth, contains thick paper pages with inset photographs. The only hint to potential ownership is the Belgian service card of Sgt Auguste Pierre Van Loo, who seemingly appears in at least two photographs in the album. Van Loo's service card notes that he enlisted prior to the outbreak of war, in 1911, and was awarded the "Med de l'Yser," which was given to soldiers who fought in the First Battle of Ypres (19 October 1914-30 October 1914) 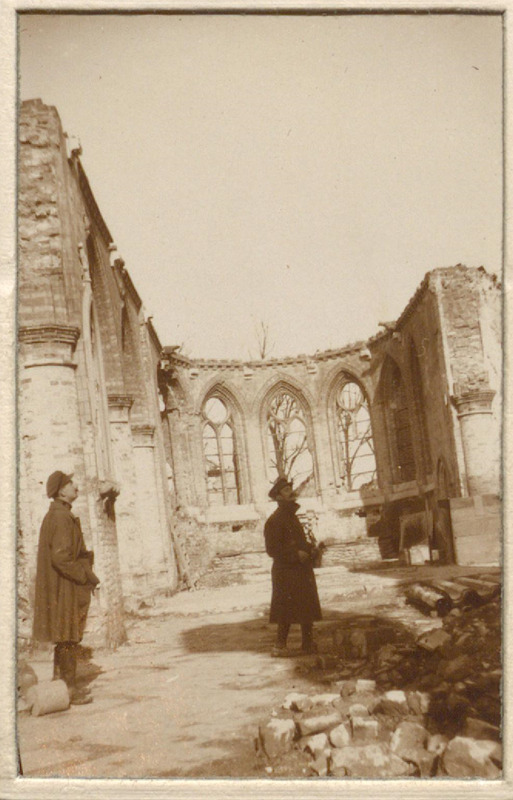 The contents of the album are varied and intriguing. Pages show the devastation of the Flemish landscape with soldiers posing, in their distinctive Belgian uniforms, in front of a ruined house and gazing up at a destroyed church. 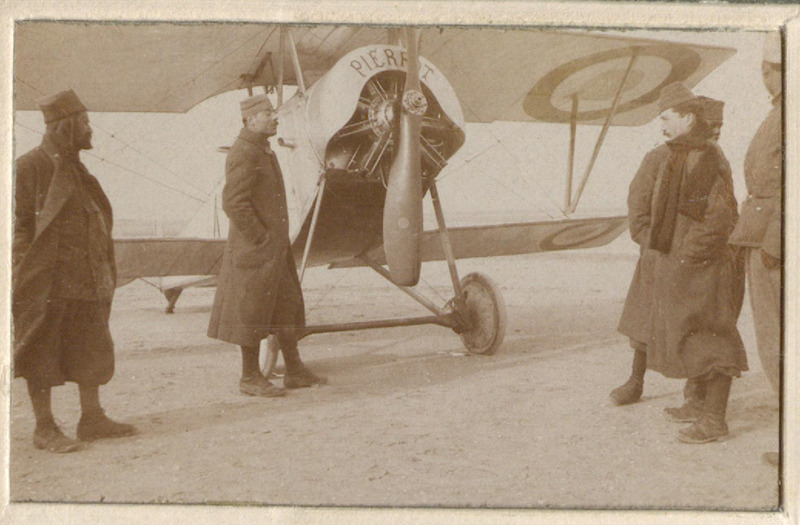 A two-page spread shows both an airplane and armoured cars - the predecessor of the tank - both of which may offer a clue as to the date. The airplane, a Nieuport 10, surrounded by what appears to be Algerian or Senegalese Tirailleurs, distinctive by their flat tall caps and baggy pantaloons, was only used by the Belgian military between February 1916 and the summer of 1917. The armoured car, a Minerva,  was used by the Belgians throughout the war. However, the Minerva depicted in the album show a modified version, which was first made beginning in 1916.

Other scenes are more familiar and expected in a war-time album, such as the empty destruction of no man's land, inside trenches and dugouts, as well as graves and cemeteries. 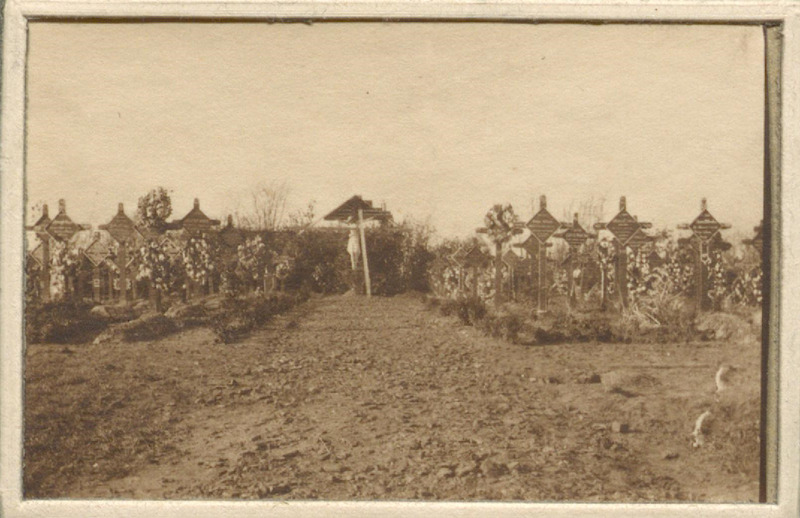 ← Training with the CAMC
Photographs from the 3rd Battle of Artois →
Making Memories: Albums and Scrapbooks
Album of a Belgian Soldier