On the Road and in the Hospitals: Ambulance Drivers and Nurses 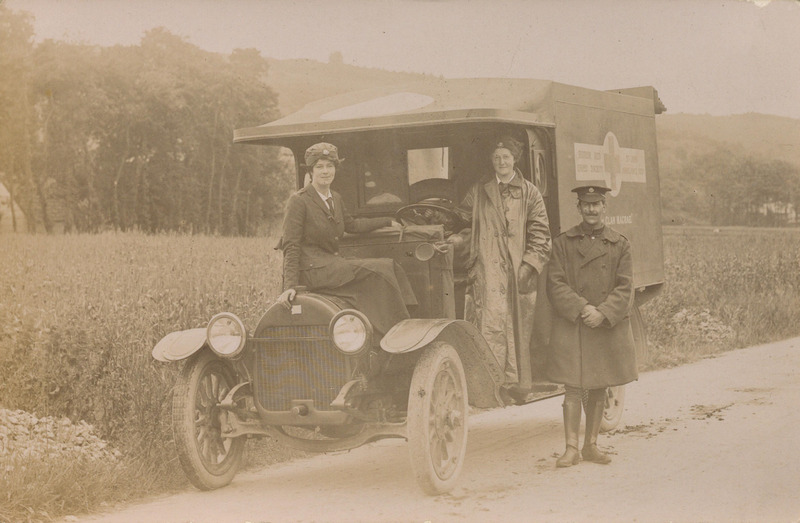 Photograph of two women ambulance drivers with a soldier in France, [1916-1917]

When most people think of the battlefields of the First World War in France and Flanders, they imagine khaki-clad soldiers fighting in the trenches. Yet women played a significant and important role behind the lines in the hospitals and clearing stations as nurses and ambulance drivers. Over 2500 qualified nurses from Canada and the United States served overseas between 1914 and 1919, including Canadian-American Wenonah Durant, who arrived in France with the prestigious American "Harvard Unit" in August 1915. She would remain in France for over two years before returning to New York and training with the United States Army, ultimately returning to France in 1918 and 1919. In England, over 23,000 women would register with the Voluntary Aid Detachment (VAD) section of the Red Cross for work at home and abroad, with roles such as nursing, ward work, medical secretaries, ambulance drivers and domestic tasks, including knitting and preparing medical supplies. One such VAD was Nurse Christine Wood Homes, who worked from 1915-1917 at a Red Cross Hospital in England.

Women were also eligible to train as ambulance drivers through a variety of organizations including the Red Cross, First Aid Nursing Yeomanry (FANY) and the Women's Legion branch of the Royal Army Service Corps. Thousands of women from the United Kingdom, Canada, Australia and New Zealand served in this capacity, in France, Flanders, and Salonika as well as in England. Muriel Mina English qualified as a Women's Legion ambulance driver in 1916, and would spend nearly two years in France.

To learn more about Wenonah Durant, Christine Wood Homes and Muriel Mina English click on their links to the left.

For more information about medicine and women's war work see the diary of Dr. Ronald Hugh Macdonald, the diary of Edith Leckie, and the scrapbook and autograph book by an [unknown Red Cross worker]. 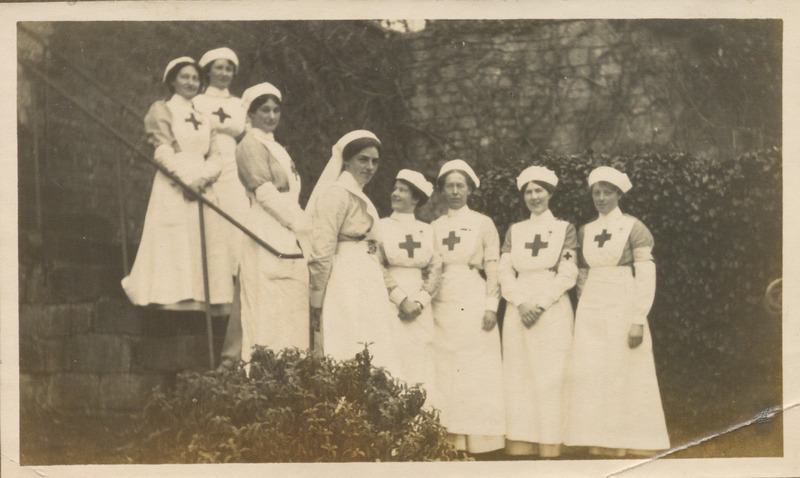 ← Canadian Corp Signal Company
Muriel Mina English →
On the Road and in the Hospitals: Ambulance Drivers and Nurses