Autograph and Scrapbook of the Great War 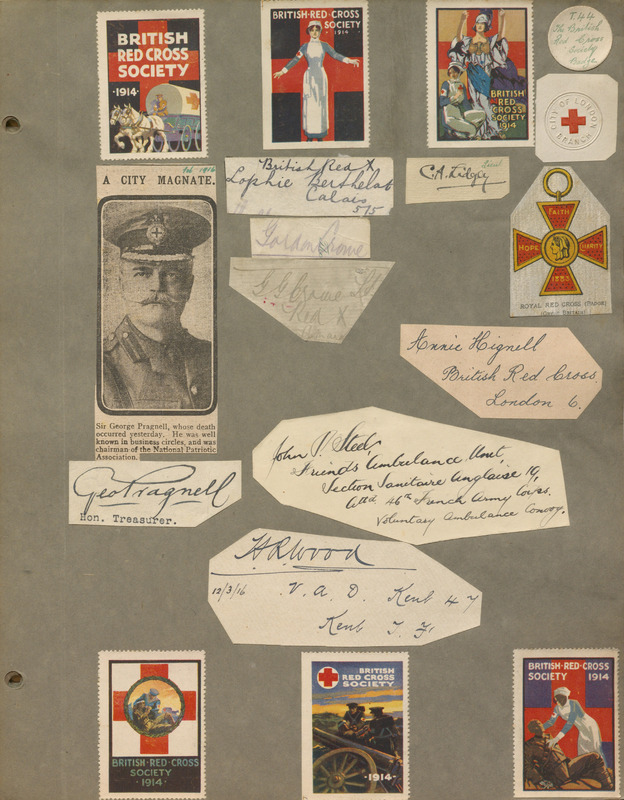 Scrapbook page with ephemera and signatures related to the Red Cross, [1916-1917]

Scrapbooks were immensely popular, during the First World War period and were another means, similar to photograph albums or autograph books, of documenting that significant moment in history. The Great War was the first war that was covered by the media on a grand scale. Governments commissioned official photographers and war artists, and newspapers were filled with daily reports of the war effort. Propaganda posters and other ephemera such as stamps, flyers, menus, programmes, and other illustrations were all widely available and visible.

This scrapbook, kept by an unknown individual although likely a woman as there is a particular preoccupation with female war jobs, is thematic and an interesting combination of combining handwritten items, such as signatures and statements, with ephemera such as ads, stamps and newspaper clippings. Each page in the scrapbook is focused on one "job" that is significant to the war effort. For example, the opening page includes a mass marketed image of "The Lady Driver" with the original signature of "A.[V] Goodchild, NZMT [New Zealand Motor Transport]." 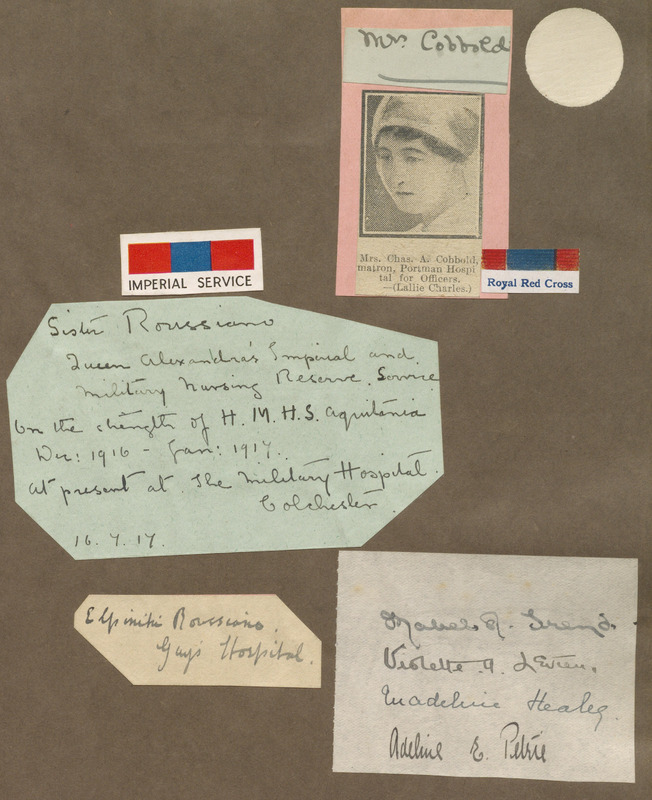 Throughout the book, the creator utilized signatures, frequently signed with the individual's regiment, position or location, as stand-ins for people. 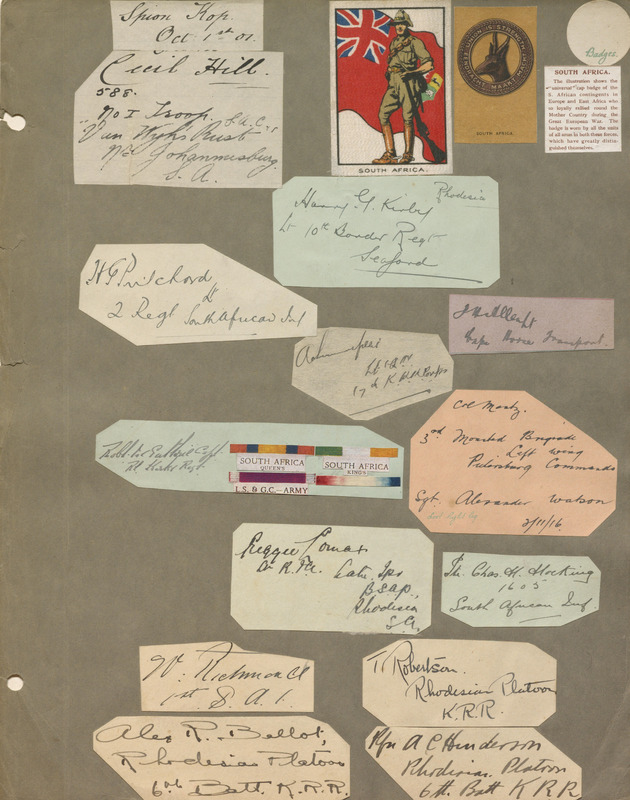 It is uncertain how or why the creator began collecting these autographs, but it seems likely that many of the individuals were known to the creator, as some signatures appear to come from letters, with visible letterhead or salutations. Still others are on the distinct coloured paper in hues of pink, blue, green and beige, common to autograph books (such as that one kept by Nurse Christine Wood Homes which is present in the 'Nurses' section of this exhibition). This opens the possibility that the creator was someone involved in war work, perhaps as a VAD nurse, Red Cross volunteer or hospital worker, where she would be able to interact with a wide variety of nurses, ambulance drivers and a diverse group of soldiers.

One page of the scrapbook is dedicated to troops for the African colonies of Rhodesia and South Africa - many of whom appear to be from the same regiments, for example three signatures come from "Rhodesia Platoon" of the Kings Royal Rifle Corps. This grouping would indicate that the creator had been in a place where a number of men from that platoon were located, making a hospital, or clearing station in England, France or Flanders a potential option. 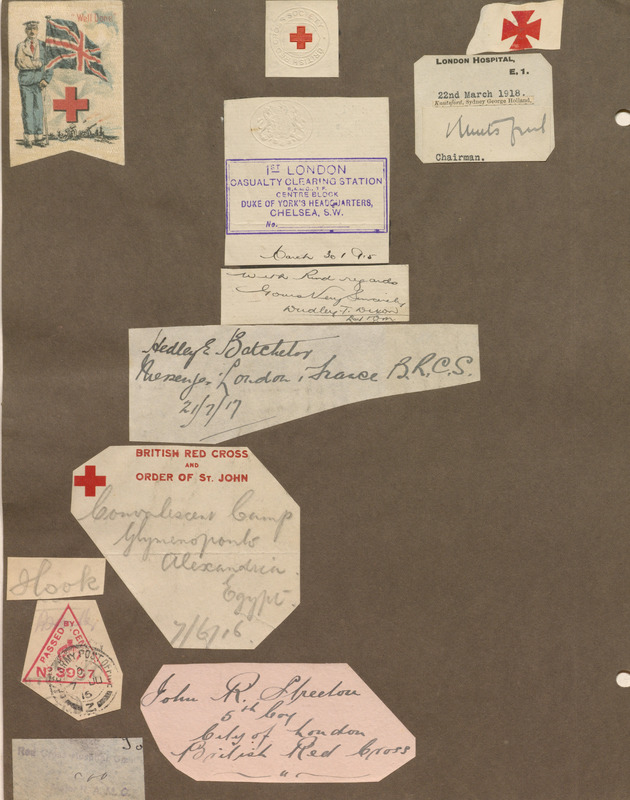 It is interesting that whoever made this scrapbook chose not to include her own role or position, if she did indeed have one, into her book, but instead focused on the "lives" of the Great War: the Ambulance Driver, the VAD nurse, the Red Cross Worker, the Imperial African Soldier.

While so much is unknown, it is certain that this scrapbook is a fascinating combination of ephemera and primary sources that names and identifies, with their own signatures, individual workers of the war and their roles.

This scrapbook was acquired by the library in 2018.

← Photographs from the 3rd Battle of Artois
Gordon Stokes' Postcards →
Making Memories: Albums and Scrapbooks
Autograph and Scrapbook of the Great War