Home and Away: Letters 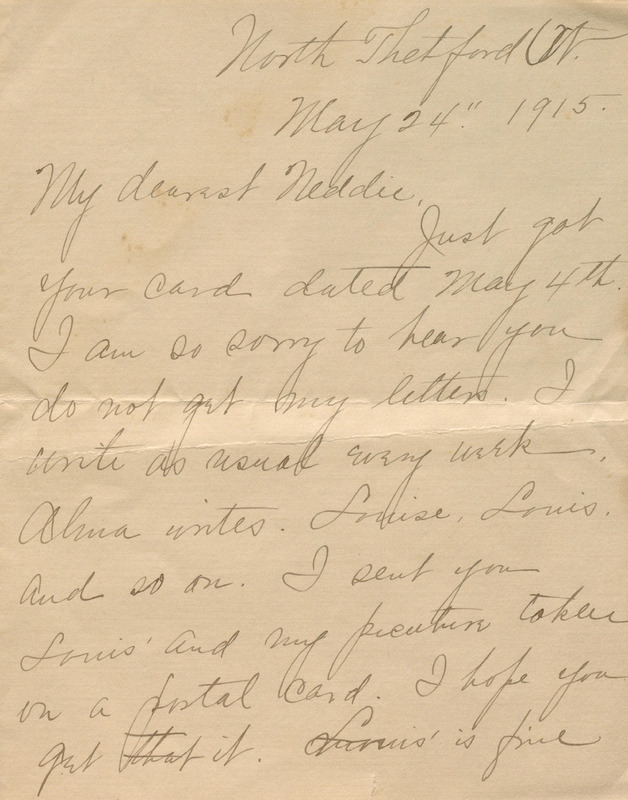 For Canadians, the battlefields of France and Flanders were thousands of kilometres from home. For soldiers serving abroad, and their families, letter writing was the only way to stay in touch. For those at home, letters were a lifeline to ensure their son, husband or brother were safe and unharmed. Letters received at home were prized, passed around and preserved. For those in training and at the front, letters, and parcels, stocked with items such as hardy baked goods, tobacco and socks, were a welcome distraction and reminder of home.

This section illustrates the lives of two families: the Richardsons, from Ingersoll, Ontario whose three sons enlisted, and the Keemlé family, a Canadian-American family in Toronto and Delaware, their youngest son, Ned, served in the Canadian Expeditionary Force.

The Richardson Family letters includes letters from all three sons - Ted, Reg and Harry - who wrote home to their parents and sisters.  The Keemlé family letters are fascinating as they contain letters written from family members at home to Ned in France, as well as his responses. It is uncommon to have both sides of wartime correspondence preserved together.

Explore these two families' stories by clicking on the links to the left.

Additional letters, both to and from the Front, can be found on the page dedicated to William Thomas Clements under "I Regret to Inform You: Death at the Front." 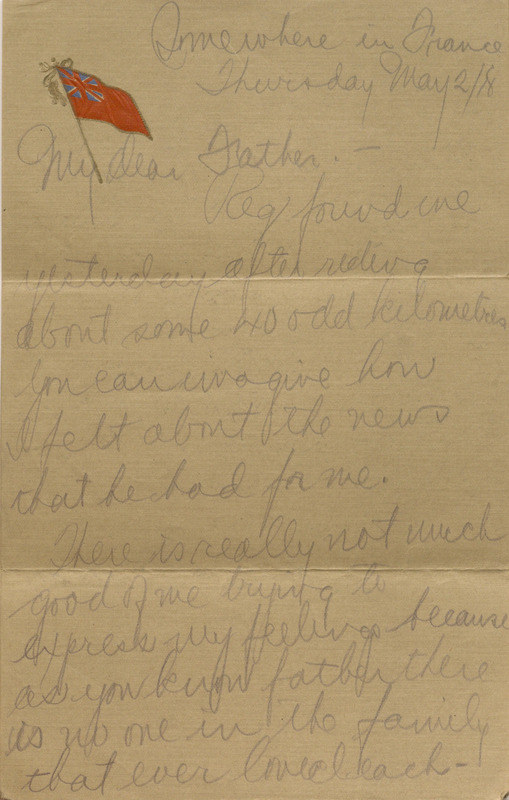 Letter from Edward Richardson to his father, Henry Richardson, 2 May 1918

← Remembrance Day
The Richardson Brothers →
Home and Away: Letters