Training with the CAMC 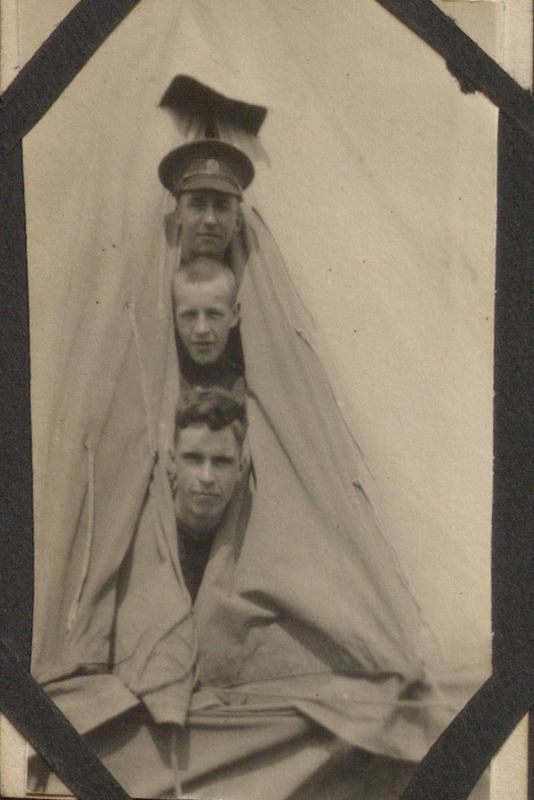 This photograph album, which features both casual and formal photographs, depicts a group of young men training for the Canadian Army Medical Corps (CAMC) at Base Borden, Ontario. Separated from the trenches of France and Flanders by an ocean and largely unaware of the reality of war, the photographs are light-hearted and fun, many showing young men in their late teens and early twenties playing around and posing. This album echos the sentiment written by William McIvor in Nurse Durant's diary, "it more like a holiday than training. We stayed 3 months there then shifted to Draycott a place about 5 miles from Swindon and here we also had some jolly days."

The creator and the individuals pictured are unknown.

This album was acquired by the library in 1993.