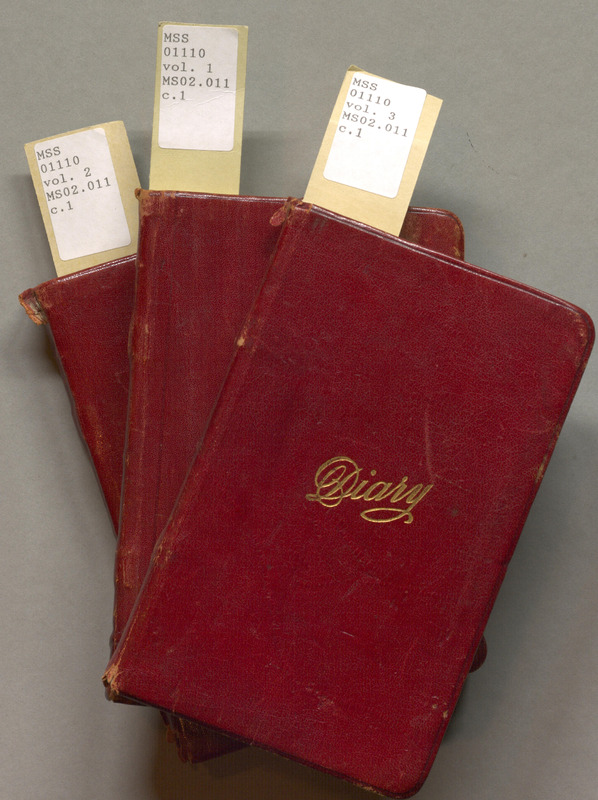 Dr. Ronald Hugh Macdonald (1885-1949) was a doctor and surgeon from Prince Edward Island when war was declared. He joined the Canadian Army Medical Corp (CAMC) in early September 1914 at Valcartier Camp, Quebec and was appointed to the rank of Captain of the No. 1 Canadian Casualty Clearing Station. He departed for England on 29 September 1914 and upon arrival, began work at Salisbury Plains - an enormous training camp, which would house 30,000 Canadian soldiers by October 1914. In December, Macdonald and the No. 1 Canadian Casualty Clearing Station travelled to Tuplow, England to take over the Duchess of Connaught Canadian Red Cross Hospital, where Macdonald would get his first glimpse of wounded soldiers arriving from the battlefields of France and Flanders. Less than two months later, Macdonald and his medical unit would arrive in France. By March 1915, they would settle at Fort Gassion, outside the town of Aire, 17 miles from the front. Macdonald would see and treat all types of injuries and sickness in his first eight months in France. The tight quarters of the clearing station and the difficulty in maintaining proper hygiene resulted in him contracting enteric fever - known colloquially as 'Trench Fever' - in October 1915. His sickness was so severe that he was sent back to Canada on medical leave for three months beginning in November 1915. It was on this leave that he purchased The Canadian Pocket Diary for 1916 and committed to putting his experiences in the war on paper.

In the first pages of the diary under "memorandum from 1915" he would write, "In Aug 1914 at Valcartier I started a diary intending to carry it through, but after a few months let it lapse. In looking back I can see the benefit which [would] derive if I kept it up, so it is with this experience that in opening this diary for 1916 I leave the past regret to start one on."

The entirety of Macdonald's diaries have been digitized by the Fisher and are available to view here. 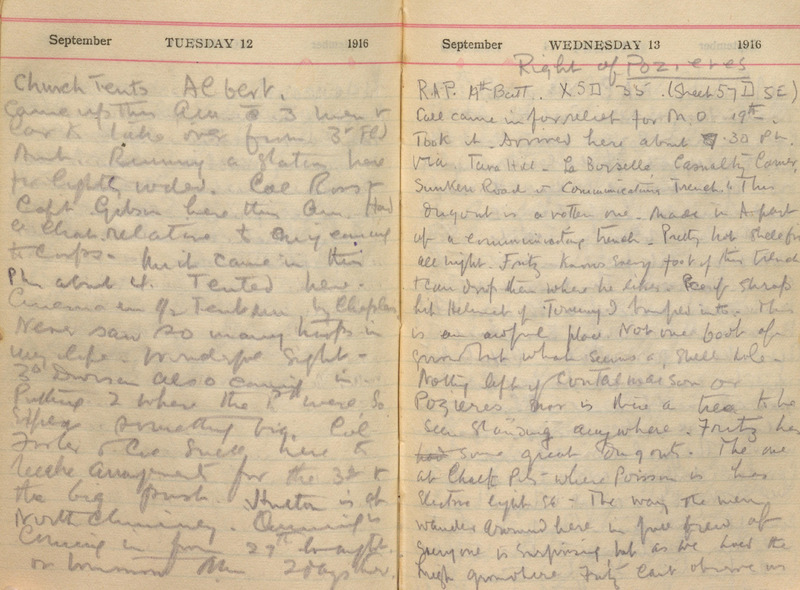 Diary entry written by Ronald Hugh Macdonald during the Battle of the Somme, 12-13 September 1916

He would return to France on Good Friday 1916 (21 April) and joined the No. 1 Canadian Casualty Clearing Station now stationed at Bailleul, in northern France on the border of Belgium. Just three days later he would write of a jarring experience, "this am at 4 oclock was violently awakened ... one followed by another soon realized that [...] were dropping bombs. Went outside + saw the barn behind the Hosp on fire + cows running up down the road."

On 20 July 1916, Macdonald would record receiving a record number of wounded soldiers - 800 in one day - "mostly Anzacs." "Very busy," he would write. Less than a week later, he would be transferred to the No. 4 Canadian Field Ambulance in Belgium, with whom he would travel to the Somme on 1 September.

On 12 September at Albert, he would write "never saw so many troops in life. Wonderful sight." The next day he would find himself in the thick of things at the Battle of the Somme at Pozieres:

"Call came in for relief for M.O [Medical Officer] 19th [Battalion]. Took it. Arrived here about 7:30pm ... this dugout is a rotten one, made in a part of a communication trench. Pretty hot. Shell fire all night.  Fritz knows every nook of this trench + can drop them where he likes. Piece of shrapnel hit helmet of Tommy I bumped into. This is an awful place. " 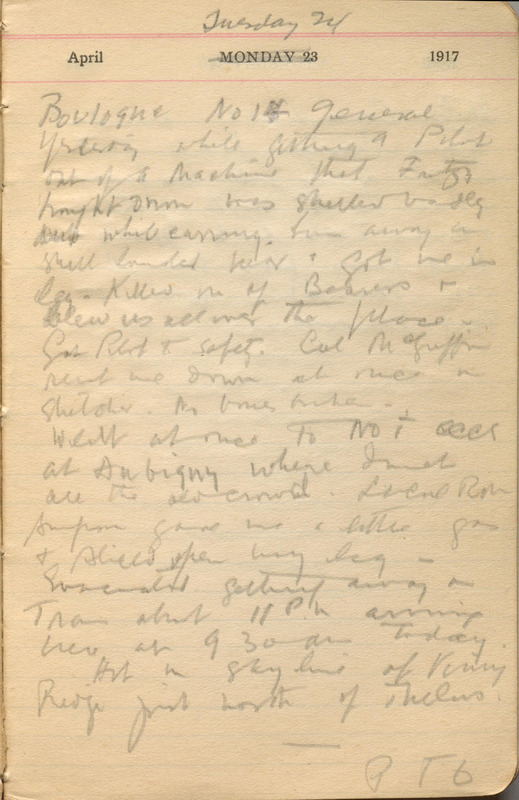 On 17 July 1917, Dr. Macdonald would receive the Military Cross for "gallantry and devotion to duty in the Field" for an event that occurred on 23 April 1917. The citation for the Cross would read, "this officer and a (stretcher) bearer went out in full view of the enemy, who were shelling the machine, and extricated the wounded man and removed him to safety." Macdonald would not make an entry on that day, but would write the following day from the No. 14 General Hospital in Boulogne, France where he had been admitted with a serious shrapnel wound to his leg. His entry reveals that he did not view his actions as heroic or gallant, but merely part of his job:

"Yesterday while getting a pilot out of a machine that Fritz fought down was shelled badly ... a shell landed near + got me in leg. Killed one of [stretcher] Bearers + blew us all over the place. Got pilot to safety."

He would spend the next three months in the hospital in England before returning to France in mid-July 1917. 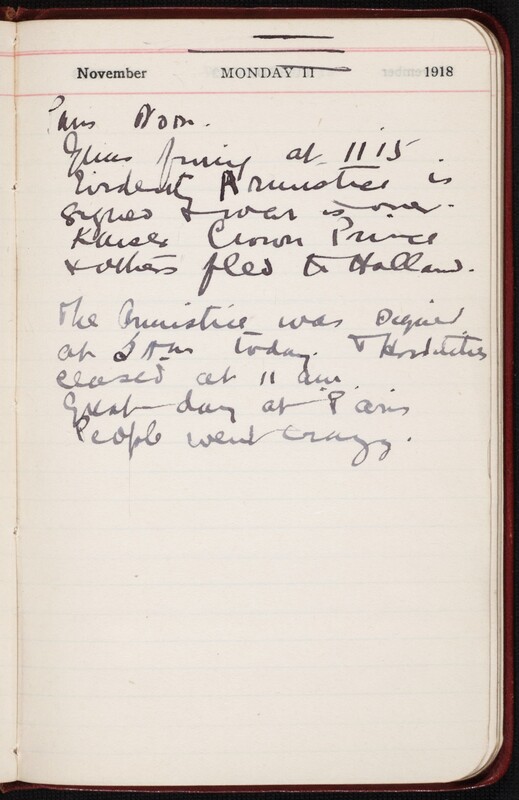 Ronald Hugh Macdonald's war was a busy one, he would spend fourteen more months in France and Flanders providing emergency medical care to wounded soldiers. In November 1918, he was in Paris when he heard word of Armistice Day.

"The Armistice was signed at 5am today + hostilities ceased at 11am. Great day at Paris. People went crazy."

The Fisher Library acquired these diaries through donation in 2001.