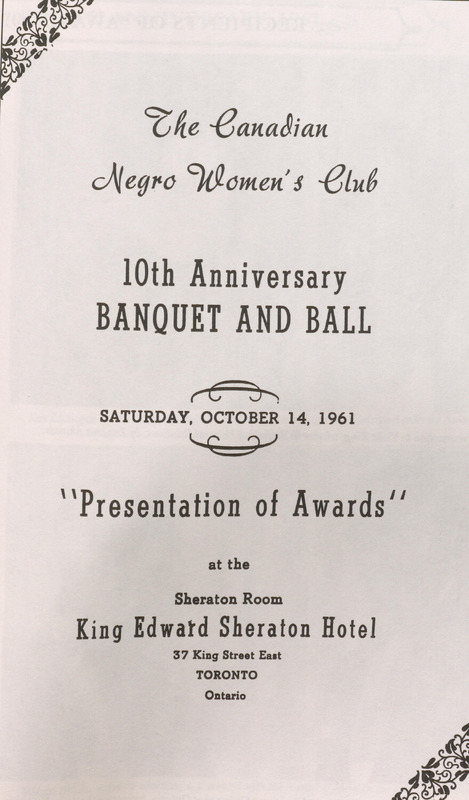 Facsimile of poster for the 10th Anniversary Banquet and Ball for the CNWA from Lawrence Hill's history:Women of Vision: The Story of the Canadian Negro Women’s Association 1951-1976. Toronto: Umbrella Press, 1996.

The Canadian Negro Women’s Club (later Association) (CNWA) was formed in Toronto in 1951, with the purpose “to be aware of, appreciate and further and the merit of the Negroes of Canada.” The founding executive of the club included Kay Livingstone (President), a tireless activist for Black women and racialized communities, Aileen Williams (Secretary), and Audrey Grayson (Treasurer).  The Association was dedicated to educational awareness and offered scholarships and bursaries to young women, as well as arranging and coordinating events, talks, and speeches on the topic of Black history. The Association held its first Annual Banquet on 15 March 1958 to coincide with the first Canadian Negro History Week.  The CNWA was a key group in the development of the Congress of Black Women of Canada in 1973, which dedicated itself to “improving the lives of all Black women and their families in their local and national communities” through advocacy work and a focus on the rights and issues of Black Canadian women.  One of the lasting legacies of the CNWA was their Calypso Carnival, a precursor to the Toronto Caribbean Carnival (“Caribana”). 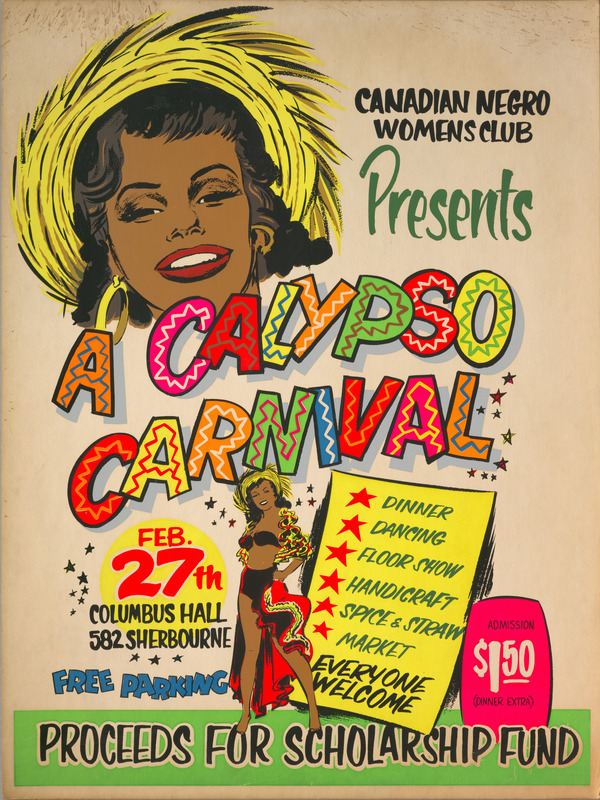 In 1955, the Canadian Negro Women’s Association (CNWA) staged their first annual Calypso Carnival, an evening celebrating Caribbean music, food, and culture, as a fundraiser for their scholarship program.  Featuring local musicians, a bazaar, and a selection of Caribbean foods, it was an immediate success and during the first year the Association had to turn people away. It was an immensely successful event between 1955 and 1964, in the later years the event was attended by over 4,000 people annually. Verda Cook, a former president of the CNWA who served on Caribana’s first Board of Directors, stated in Lawrence’s Hill history of the CNWA, 'The Calypso Carnival was a forerunner to Caribana … the idea definitely inspired Caribana'.

D’Oyley, Enid F. and Rella Braithwaite. Women of Our Times. Toronto: The Canadian Negro Women’s Association for the National Congress of Black Women, 1973. 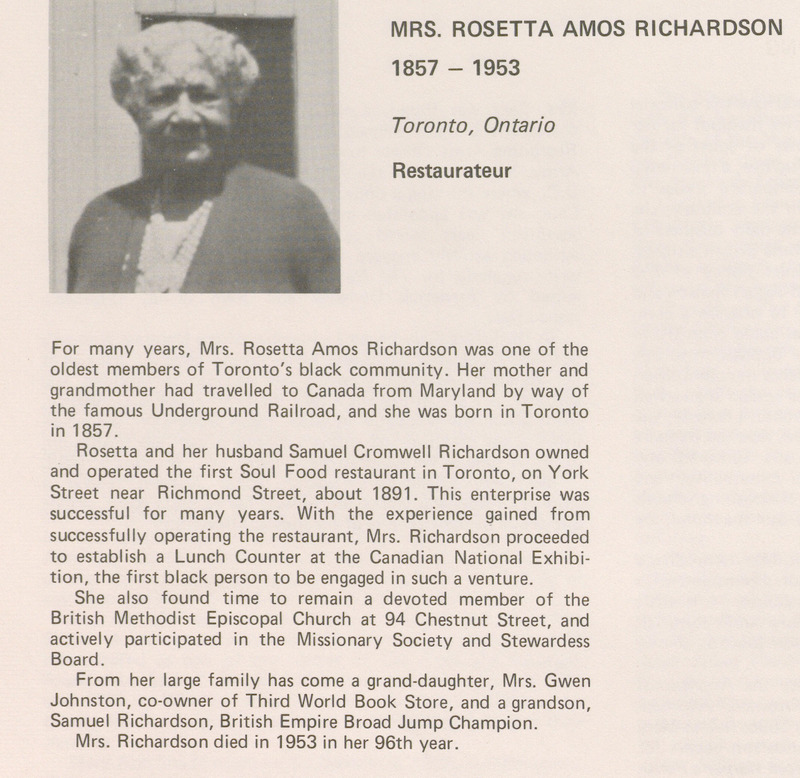 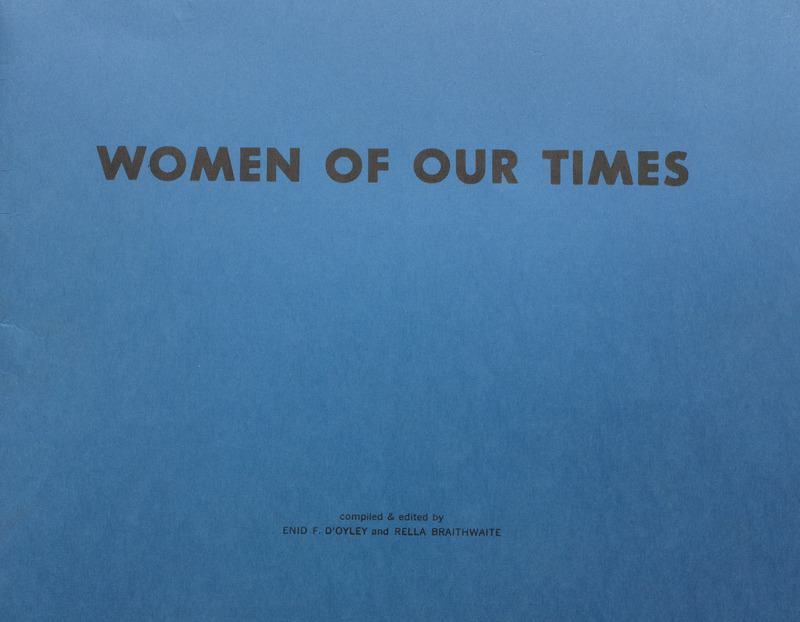 The CNWA organized the first conference of the National Congress of Black Women, which was held in Toronto on 6-8 April 1973. This first gathering hosted over 200 women from across Canada and featured workshops and talks on single parenting, senior care, education, and immigration reform and aimed to provide a place of community and empowerment for Black Canadian women.

For the conference, Enid F. D’Oyley, a writer, bibliographer, and historian, and Rella Braithwaite, an author and historian who created a Black Studies Guide for the Ontario Ministry of Education, co-authored this text featuring the biographies of twenty-two influential and significant Black Canadian women. D’Oyley and Braithwaite organized their text into two sections. The first was the ‘Pioneer Women’; such as Mary Ann Shadd (1823-1893), Rosetta Amos Richardson (1845-1953) and Carrie Best (1903-2001) and the second was ‘The Contemporary Woman’, including Kay Livingstone, Portia White, and Rev. Addie Aylestock.