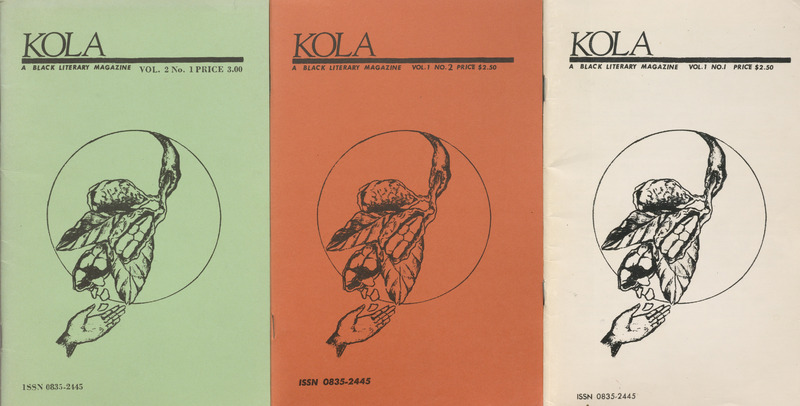 Selection of early covers from Kola: The Black Literary Magazine, 1987-1988

This page introduces two Canadian literary magazines dedicated to the publication and promotion of Black Canadian writers: Ebo Voice, established in 1965, and Kola: The Black Literary Magazine, founded in 1987. Both titles, which are independently published, emphasize the significance of focusing on and spotlighting Black voices, which were shut out or not aptly represented in the mainstream Canadian literary scene. Rites Magazine, created for the LBGTQ+ community in Toronto, and Metro Word, which focused on promoting entertainment and artistic events directed towards the young Black population of Toronto, further demonstrate the significance of periodicals in creating and disseminating diverse stories, struggles, and events. 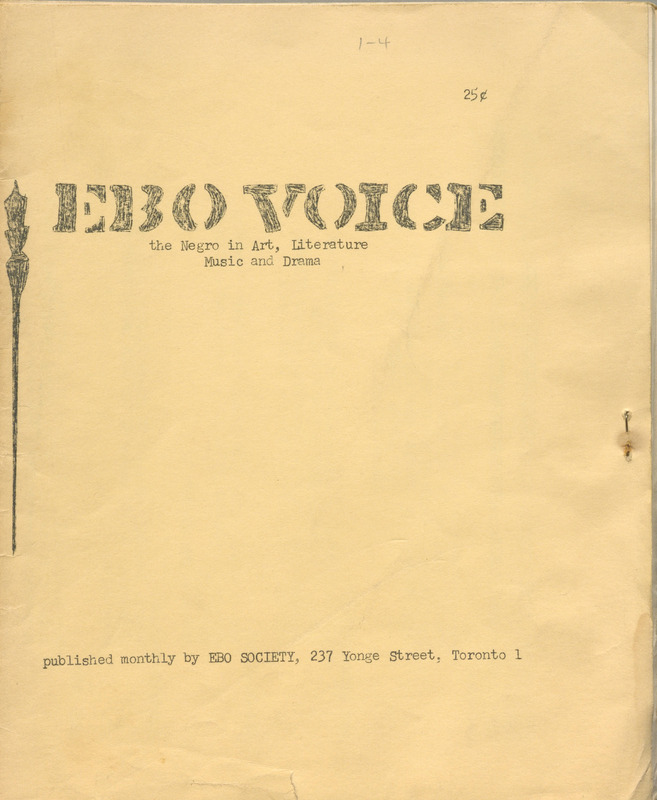 The Ebo Society formed in 1964, when Austin Clarke, Yvonne Bobb, Charles Roach, Amba Trott, Ernest Tucket, Howard Matthews, Lennox Brown, Salome Bey, and Romain Pitt met in Toronto to create an organization that focused on, privileged, and celebrated the cultural talent of Black and Caribbean Canadians. This executive, comprised of writers, musicians, playwrights, lawyers, and activists, named the society after a Nigerian tribe. The Ebo Society staged poetry readings and concerts, curated exhibitions, and produced the bi-monthly newsletter, Ebo Voice. The Fisher Library holds two issues of Ebo Voice, no. 2 and no. 4 (July, September 1965). In the second issue, Austin Clarke wrote “one of our reasons for founding the Ebo Society was that we felt the black man was not amply represented in literary and artistic endeavours in this country, in such a way as to reassure him of his proud capabilities… We are going to assist in showing the black man as an artist.” These issues, created on a xerox machine and stapled to the cover, include editorials, book and exhibition reviews, and poetry. 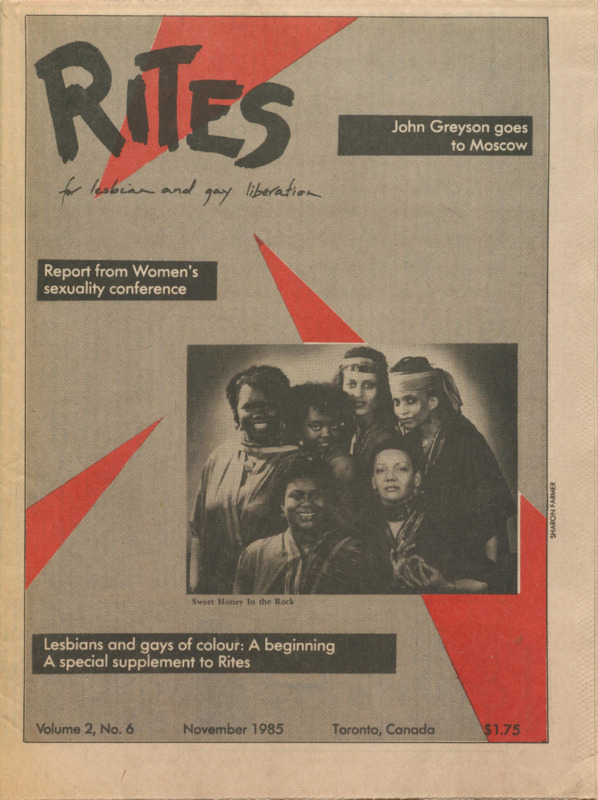 Rites was a Canadian magazine published monthly for the LGBTQ+ communities in Canada from 1984 to 1992. It was an important forum for the dissemination of news and articles on the gay and lesbian liberation movements across Canada and the rest of the world. In contrast to contemporaneous newspapers like The Body Politic (1971–1987) and Xtra! (1984–2015), Rites was an expressly political magazine with a focus on lesbian and gay liberation, feminism, social justice, and human rights. The issue of the magazine included here covers a range of subjects relating to racial equality and serves as evidence of the important contributions of Black LGBTQ+ activists in Canada. 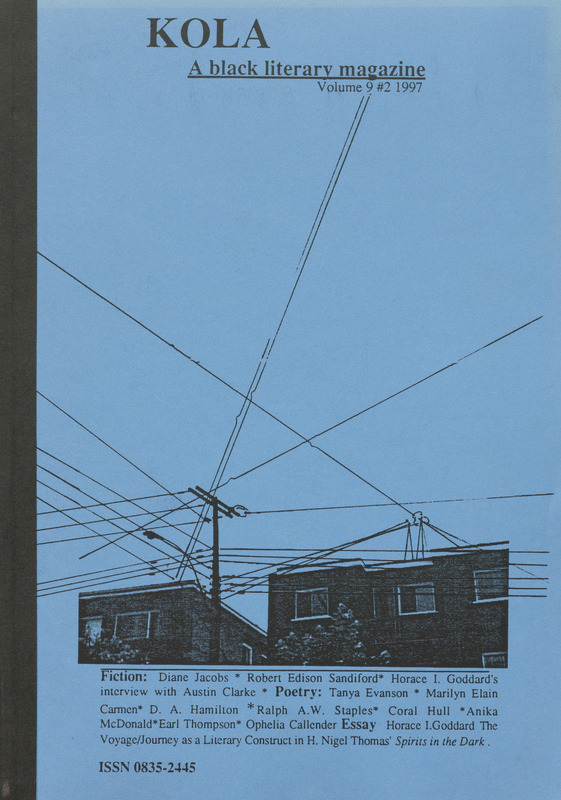 The Fisher Library has recently acquired a nearly complete run of issues of Kola: A Black Literary Magazine from its inception in 1987 to 2018. The magazine, still published tri-annually in Montreal by the Black Writers’ Guild, welcomes manuscripts of fiction, poetry, critical writing, and reviews focused on the Black experience. The title of the magazine comes from the kola nut, a symbol of hospitality in West African society, which aligns with writers of the African diaspora sharing their experiences with Canadian literacy society. The first issue’s editorial emphasized that the purpose of the magazine was 'to make readers aware of the growing and dynamic Afro-Centric voices that have emerged during the past two decades in Canada'. 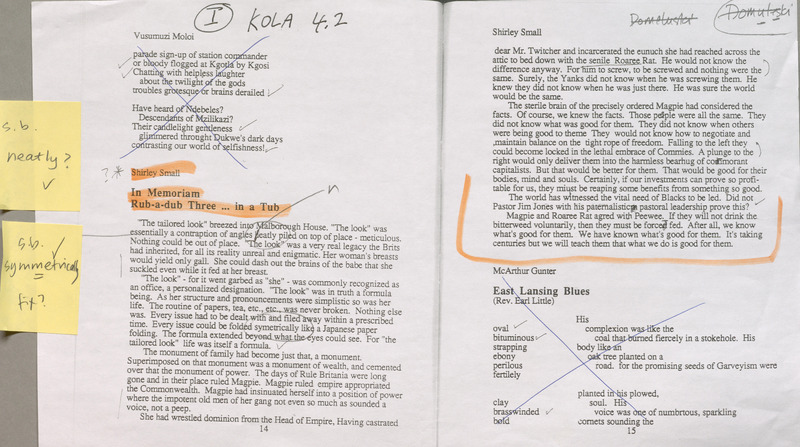 In 1992, Phil Vassel and Donna McCurvin launched The Metro Word: Toronto’s Black Culture Magazine as a monthly publication aimed towards providing coverage of Black events, entertainment, culture, and personalities both in Toronto and internationally. By 1995, the magazine produced bi-weekly and had a circulation of 30,000. The publication, now titled WORD: Toronto’s Urban Culture Magazine has a readership of 160,000 and continues to cover music, Black culture, news, and events. This selection of covers from its inaugural year showcases the interests and focus of young Black Torontonians. 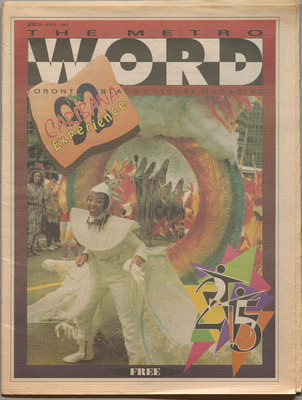 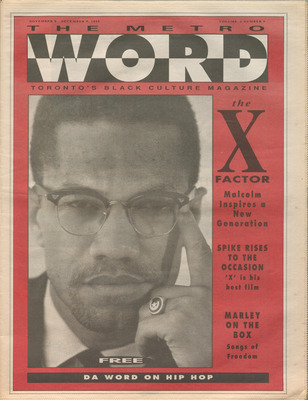 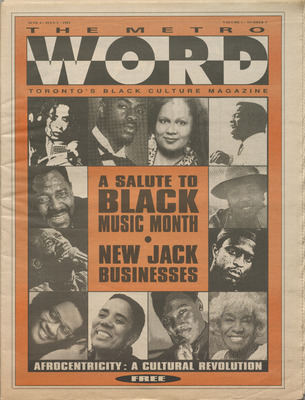 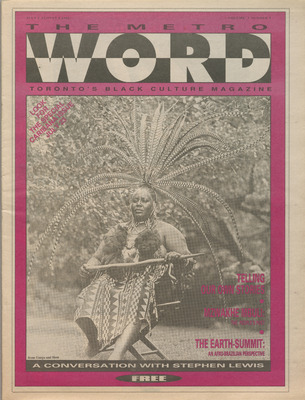 The Thomas Fisher Library holds over 50,000 volumes of modern Canadian literature encompassing books published by major, independent, and fine presses. These texts include the breadth of Canadian authors and poets, with a sampling of our books written by Black writers showcased below.

Click through the window below to see a sample of Canadian literature covers written by Black authors from the Fisher's Canlit collections.

In 2018 and 2019, the Fisher received through donation the library of George Elliott Clarke, numbering 1700 volumes. These two accessions contained many independent or small-press first editions of poetry, fiction, biography, playscripts, and non-fiction by both well-known and little-known Black Canadian writers, many signed or dedicated by the authors.

Click through the window below to see selections from Clarke's library.