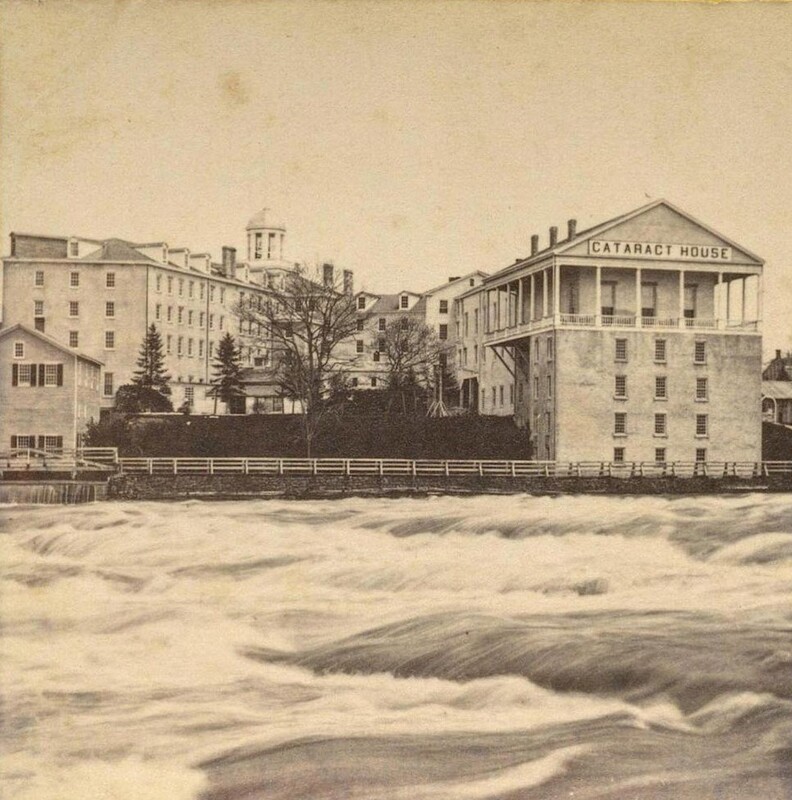 Photograph of the Cataract hotel in Niagara Falls, NY and taken from the Canadian side of the river. The Cataract Hotel was an important stop on the Underground Railroad, [185-]-[188-].

The 19th century was a watershed era in terms of Black history in large part due to the abolitionist movement in the middle of the century. The abolitionist movement moved at different speeds in different parts of what was to become Canada. Nova Scotia was an early leader, whereas other provinces lagged behind. In 1833, the Slavery Abolition Act ended the practice of slavery in the British Empire, thus freeing the last remaining slaves in Canada.

The United States took somewhat longer to end slavery. Slavery was abolished in the northeastern states beginning around the time of the American Revolution. The abolitionist movement further continued to spread until the Civil War finally brought the issue to a head. Slavery was abolished across the nation in 1863, when Abraham Lincoln signed the Emancipation Proclamation.

The Fisher's holdings on abolitionism and slavery contain a number of outstanding and readily identifiable works such as narratives of escaped slaves, the writings of prominent abolitionists (both Black and white) and early editions of Uncle Tom's Cabin by Harriet Beecher Stowe. Individual and personalized Black stories and voices can, however, be difficult to bring to light. These experiences can be hidden within varied volumes, or by the very nature of archival materials can be concealed in the folders of unrelated collections. An outstanding such example is a petition from 1842 signed by 178 Black men from Hamilton, Upper Canada, seeking the release of their friend who had been retaken by American slavers with the approval of the Governor-General. This petition is held in the papers of the Canadian politician Sir Allan Napier MacNab and is included among a number of papers in an envelope marked 'papers in re testimonial from citizens of Hamilton to Sir ANM'. Likewise with books, subject headings and the cataloguing practices of the past can obscure and hide Black voices.

When these items are discovered, it is the practice at the Fisher to update the records and finding aids so as to improve the accessibility of these items, but in a collection as large as ours it is an ongoing project. The items included in this section are examples of the better-known and easily identifiable and the more elusive but nonetheless valuable holdings in the library.

Explore the Fisher's holdings from this period by clicking the links to the left. 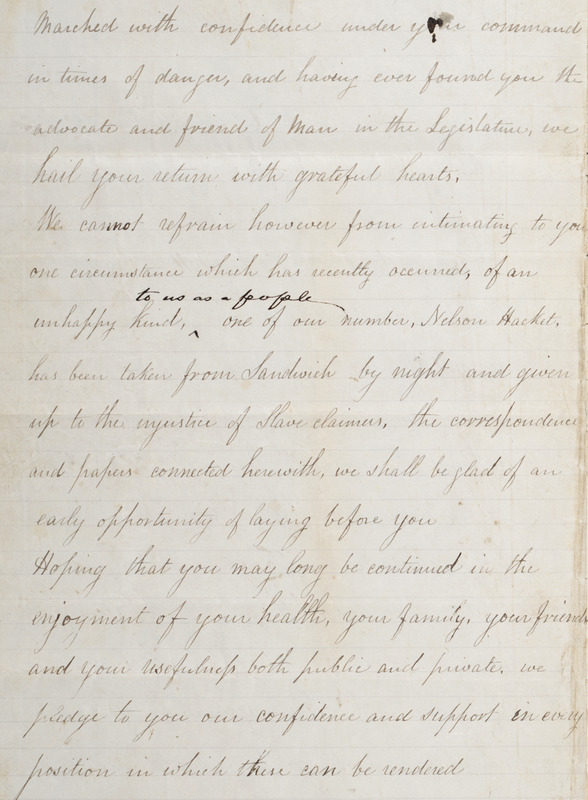 Address of the Colored People of Hamilton to Sir Allan Napier MacNab requesting the release of Nelson Hackett who had been captured by an American slave owner in Canada, 1842.