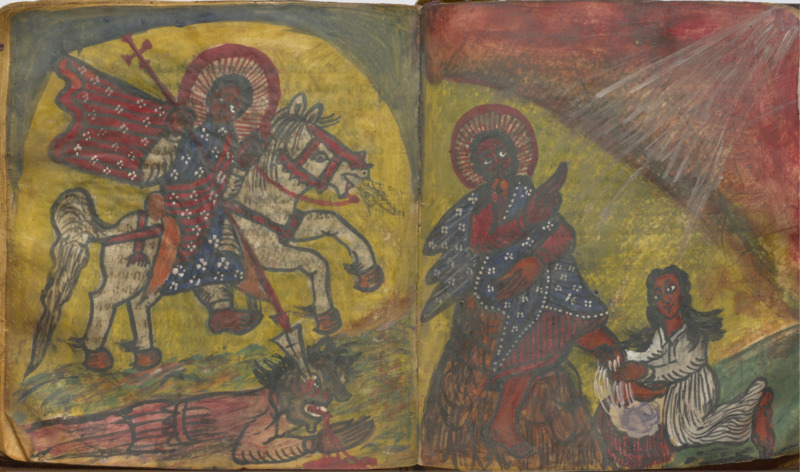 Illustration from the [Ge'ez Psalter] depicting Saint George (the patron saint of Ethiopia) and a penitent woman washing the feet of Christ, unknown addition to an early eighteenth century manuscript

Ge‘ez, which is also referred to as Classical Ethiopic, is a South Semitic language that survived as a spoken language in what is now Ethiopia and Eritrea until some time between 900 and 1200 and remains in use as a liturgical language to this day. In its earliest form, the Ge’ez script was an abjad, or writing system consisting only of consonants; by the 4th century the script had developed into an abugida, or alphasyllabary, a writing system in which each symbol represents a consonant-vowel combination. Ge‘ez literature is dominated by religious texts, and this is reflected in the collection of manuscripts at the Fisher, which includes prayer books, a psalter, a hagiography of Abuna Gabra Manfas Qeddus, and a life of Jesus Christ. 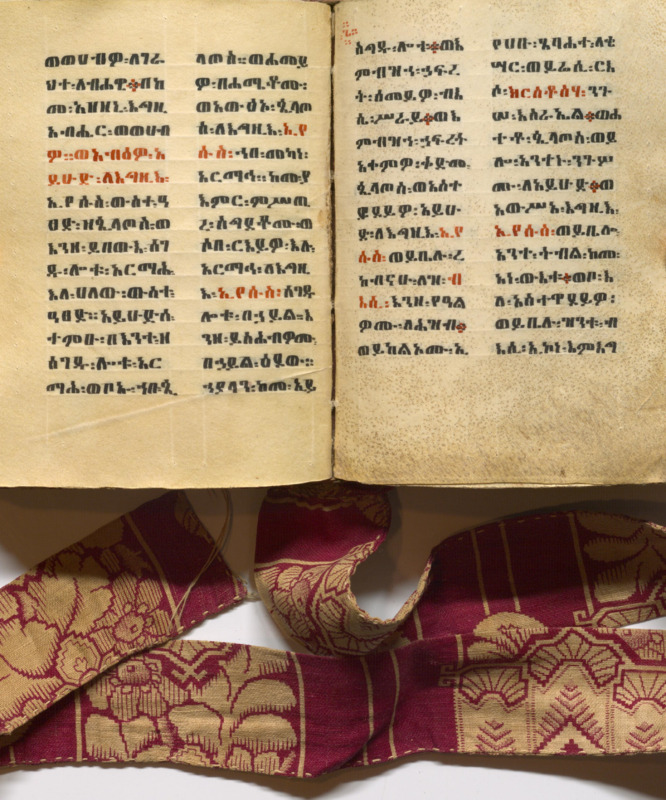 While many Ethiopian manuscripts have the wooden boards of their bindings left uncovered, it was not unusual for books to be enclosed in cloth for extra protection, and sometimes (as is the case here) in highly decorative brocade. The wrappers of this book feature an additional strap that folds around and protects the edges of the leaves. Manuscripts of small to medium size that were meant to be portable were generally provided with a leather carrying case called a mahdar, though these do not always survive. The text preserved in this manuscript is a Ge‘ez life of Jesus Christ. 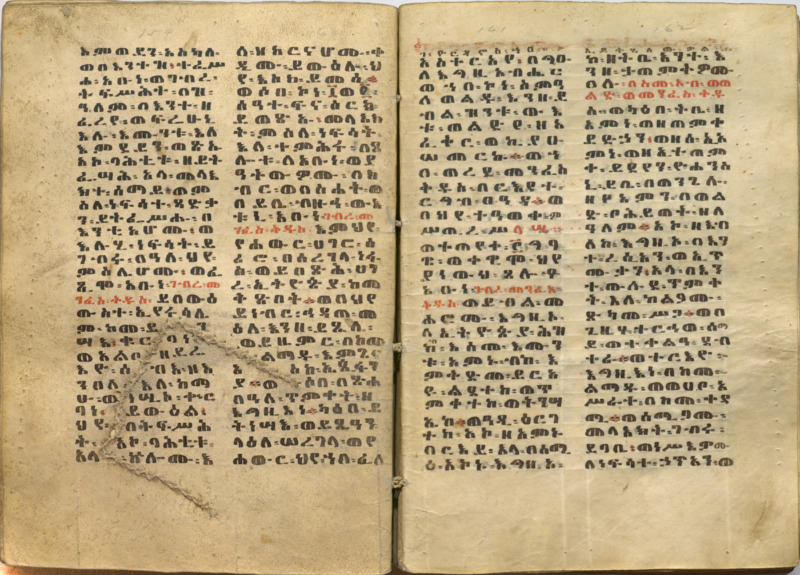 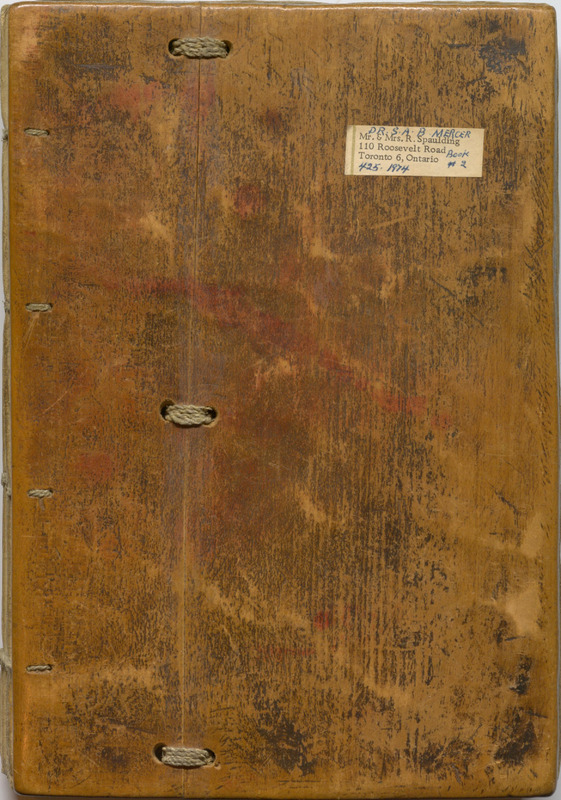 The origins of the Ethiopian tradition of bookbinding are uncertain. While it is true that for the first several centuries of its existence the Ethiopian Church maintained close relations with the Coptic Church in Egypt, and that Ethiopian bindings are structurally very similar to Coptic bindings, the precise nature of the relationship between the two traditions has yet to be worked out. This binding, in any case, is typical, with the gatherings directly attached to each other by means of link-stitch sewing, and the threads tied to holes in the wooden boards. The text preserved in this manuscript is a Ge‘ez life of Abuna Gabra Manfas Qeddus, legendary founder of a monastery at Mount Zuqualla in Ethiopia. 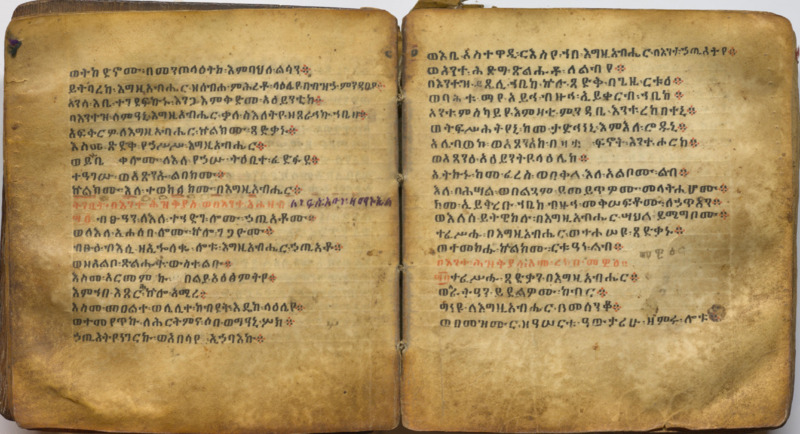 This manuscript psalter in the Ge‘ez language was copied sometime early in the 18th century. In addition to 151 psalms, the manuscript contains a number of other texts, including the Gate of Light, the Song of Solomon, and hymns in praise of the Virgin Mary. At some point after its initial production, the text of Psalm 88 was erased and two full-page illustrations added in its place, one depicting Saint George (the patron saint of Ethiopia) and the other the penitent woman washing Christ’s feet (as recounted at Luke 7:36–50). 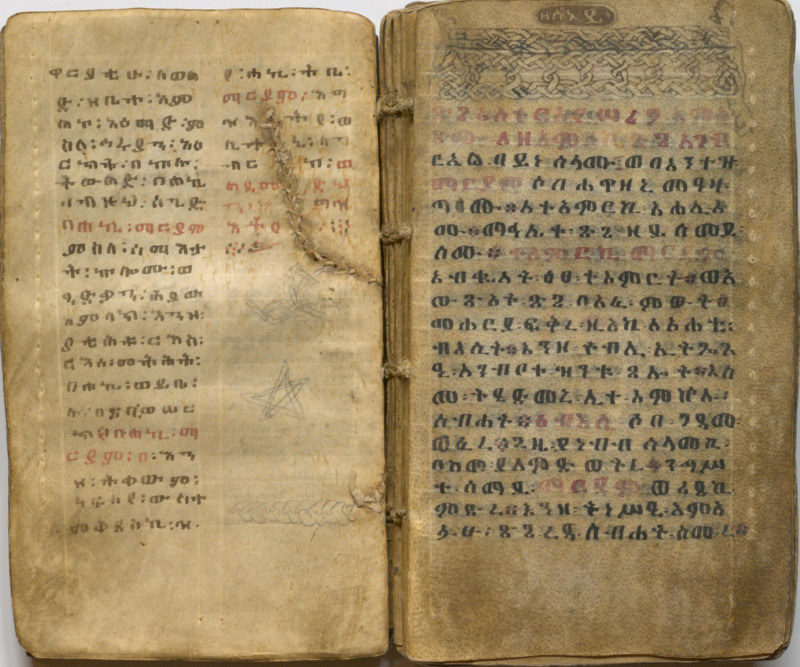 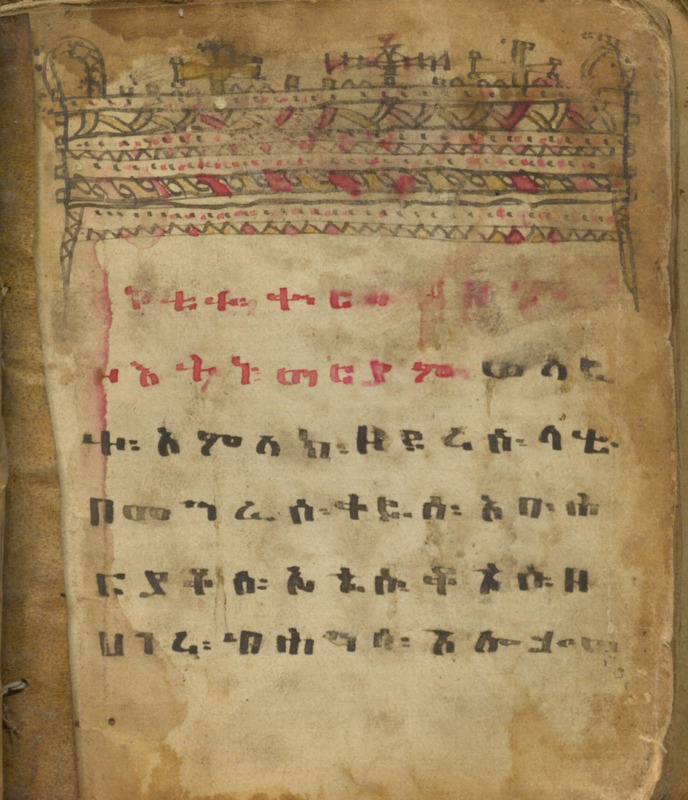 Prayer books such as these, both of which were made in Ethiopia in the 19th century, are among the most common manuscripts written in Geʽez. Although no longer a living language, Geʽez remains the liturgical language of various Ethiopian Christian denominations, as well as of the Beta Israel Jewish community.