Case I: Europe on the Eve of the Reformation 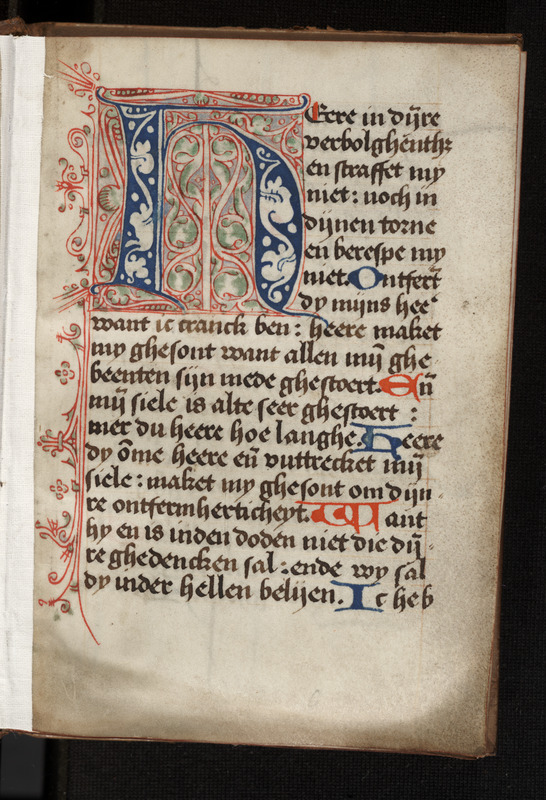 Vernacular prayer books like this one were important tools of the devotio moderna, a pre-Reformation spiritual movement that emerged in the Low Countries in the fourteenth century. The Dutch deacon Geert Groote translated the Hours of the Blessed Virgin together with certain other Hours from Latin into the local language for the benefit of the ‘simple and unlearned’. Dutch Books of Hours proved to be remarkably popular. It is estimated that some ninety per cent of surviving Books of Hours from the Northern Netherlands were actually written in Dutch, suggesting that the prayer of the Church was increasingly becoming accessible to those who had limited knowledge of Latin almost fifty years before the Reformation began in earnest in Germany. 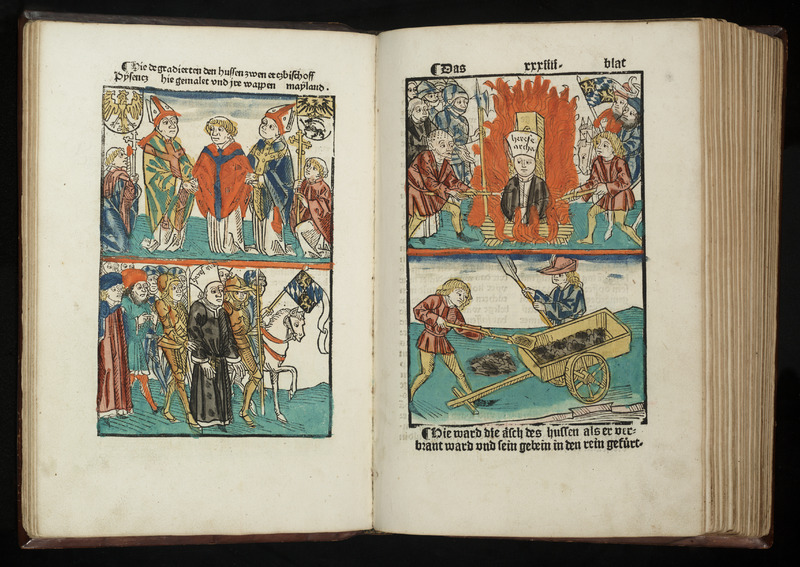 Ulrich von Richental wrote this three-year chronicle of the Council of Constance. It was during this assembly that the doctrine of Conciliarism was affirmed, declaring the bishops of the Church, when meeting in general Council, the supreme governing authority of the Church. The teaching, however, was never accepted as magisterial by the Church. The first section provides an overview of the proceedings, including an eyewitness account of the execution of the great Bohemian proto-Reformer Jan Hus (1369-1415) who was martyred for, among other things advocating for the reception of Holy Communion for the laity under the species of both bread and wine. Depicted is the hand-coloured woodcut of Hus’s degradation from the priesthood and execution. 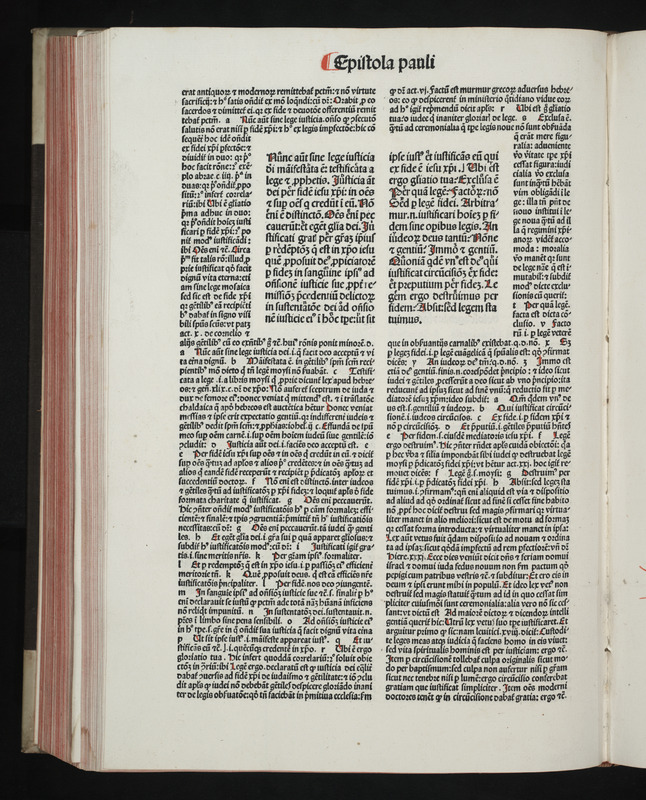 The most striking characteristic of many incunable Bibles like this one is their complicated page layout with the Biblical text in large print surrounded by a gloss, beneath which are the notes of Nicholas of Lyra. Martin Luther was especially influenced by his commentary, prompting the coining of the Latin adage, ‘Si Lyra non lyrasset, Luther non saltasset’ meaning, ‘Had Lyra not played, Luther could not have danced.’ While the Reformers were endebted to Nicholas’s insights, they rejected the addition of commentary to the Biblical text in favour of a page relatively unencumbered by marginalia, so that the Word might speak for itself. Displayed is one of the crucial texts for Luther’s doctrine of justification: ‘Since all have sinned and fall short of the glory of God, they are now justified by his grace as a gift, through the redemption that is in Christ Jesus.’ 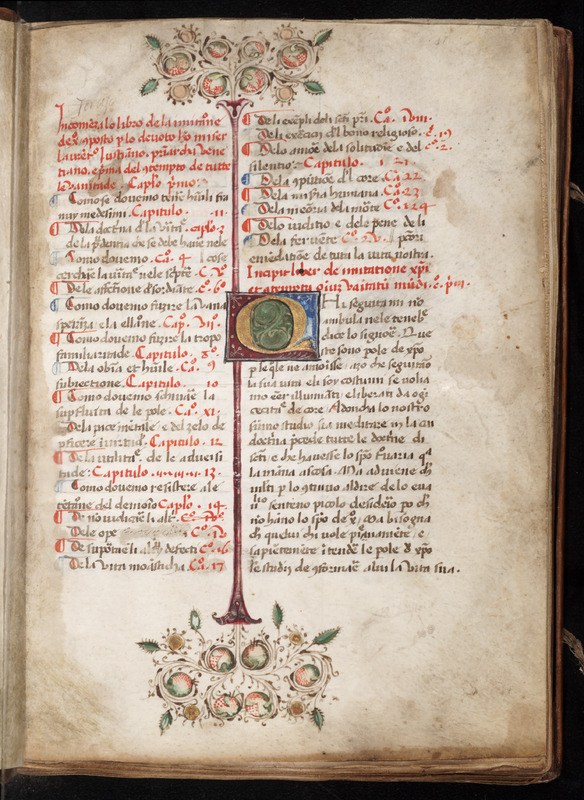 The Imitation of Christ was second only to the Bible in popularity among adherents of the devotio moderna and would become a core text for both Catholics and Protestants even after the Reformation. Its authorship is generally ascribed to Thomas à Kempis. The text survives in some 850 manuscripts as well as in a hundred early printed editions. The Fisher manuscript is a rare early Italian translation of this devotional classic, attributed Lorenzo Giustiniani (1381-1456), the Patriarch of Venice, who worked determinedly for the renewal of the church in his own diocese. 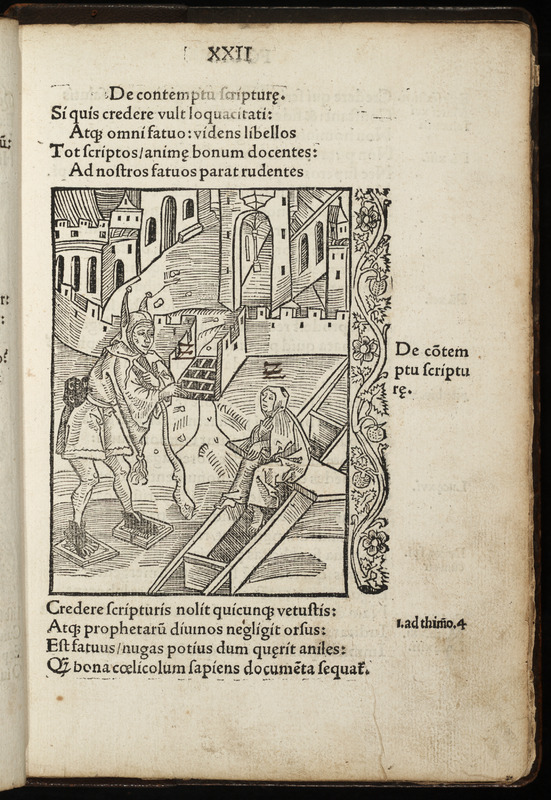 The Stultifera navis (or Ship of Fools) is one of the literary heralds of the Reformation, enumerating, as it does, the various religious and intellectual follies of late medieval society. In some ways Brant was a proto-Lutheran, firmly insisting that salvation came through faith, and not by reliance on good works. Nevertheless, he remained suspicious of radicals who insisted on putting the Scriptures into the hands of the common folk without proper direction, fearing that the Bible itself could become perverted as a result of misguided self-interpretation. 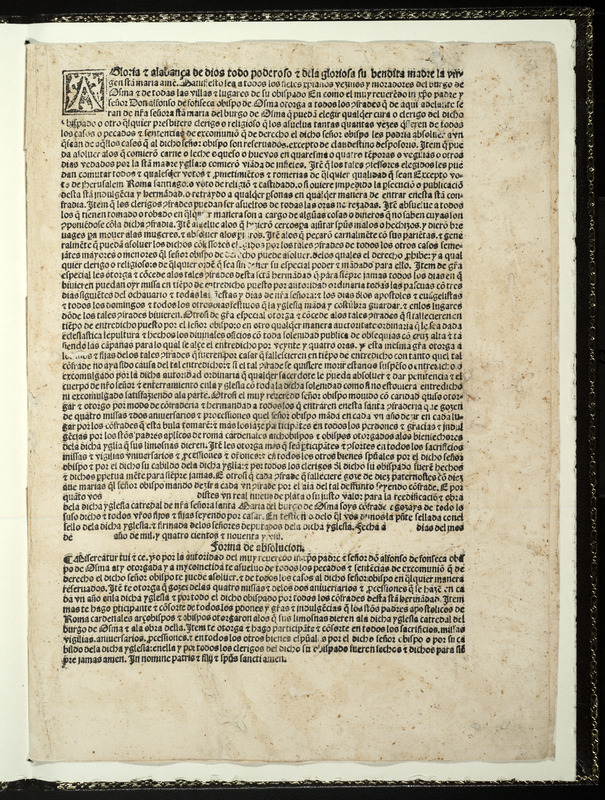 The flashpoint for Luther’s Reformation was the sale of indulgences by the Dominican Friar Johann Tetzel (1465-1519), with the proceeds going towards the building of the new St Peter’s Basilica in Rome. In Roman Catholic tradition, indulgences were considered a means of reducing the punishment one had to undergo for sins committed in this life. Certificates of indulgence, like this one, often appeared as printed blanks that would be completed with the penitent’s name added in manuscript at the time of purchase. This Indulgence was granted to members of the Confraternity of Santa Maria del Burgo who, for the contribution of one silver real towards the fabric of his cathedral, were granted the privilege of having certain sins, normally reserved to the bishop, absolved by a priest of their own choosing. 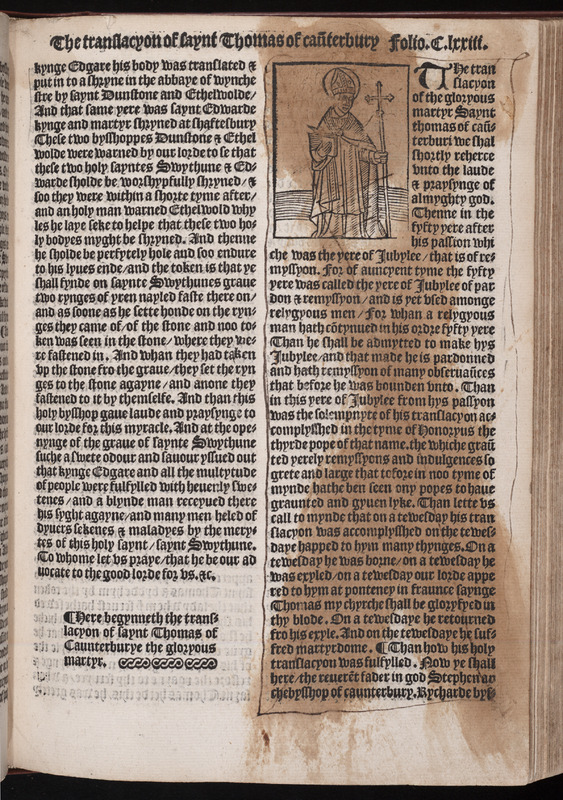 The Legenda aurea or ‘Golden Legend’ was one of the most popular texts produced during the Middle Ages. In it, the Dominican friar Jacobus de Voragine charmingly retells the fantastic stories of the saints of the Christian era. By the end of the fifteenth century, it had appeared in most modern European languages, surpassing printed Bibles in popularity. With the rise of Humanism, however, the Legend fell from favour. William Caxton was responsible for this English translation, which was censored during the English Reformation of the sixteenth century. The image and story of St Thomas à Becket were obliterated using a large black ‘X’, and subsequently bleached again to reveal the text and picture beneath. 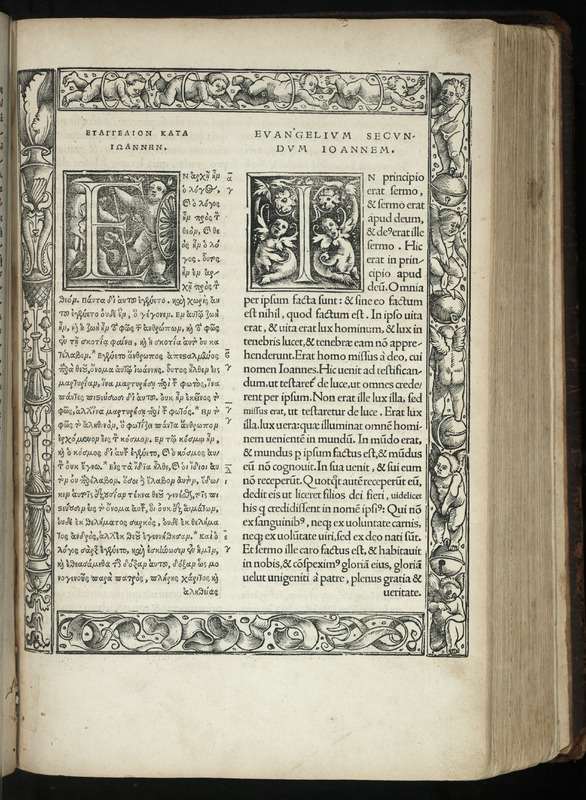 For Humanists like Erasmus, the return to the sources was about the rediscovery of truth and accuracy. When compared with the original Greek text, it became readily apparent that the Vulgate of St Jerome, the authorized Bible of the Catholic world, though excellent in many ways, also contained numerous inaccuracies. In 1511, therefore, Erasmus began the monumental task of retranslating the New Testament, and in 1516 his Novum Instrumentum first saw the light of day.  It was not without its own errors, however, and so this 1519 edition represents the improved, corrected New Testament in Greek and Latin which Luther would use as the basis for his great 1522 German New Testament.

← Introduction
Case II: Luther and the German Reformation →
Case I: Europe on the Eve of the Reformation