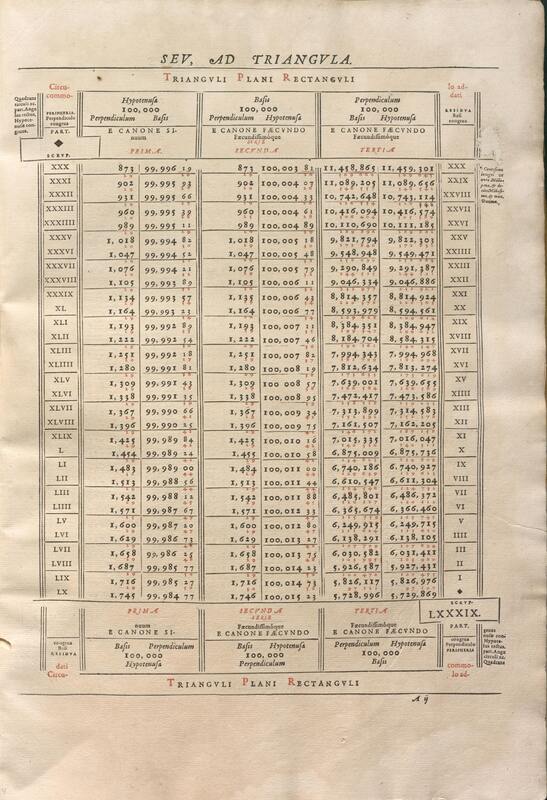 By profession a lawyer to the court of the French kings, Viète was the most eminent French mathematician of the sixteenth century. Among his significant contributions to mathematics are the assignment of consonants for known, and vowels for unknown quantities in algebra, and the introduction of the plus and minus signs into general use. The Canon mathematicus contains formulas for the solution of right and oblique plane triangles, spherical triangles, and the law of tangents. Viète also advocated replacing the sexagesimal fractions then in use in the mathematical sciences with decimal fractions. The Canon was used by John Napier in elaborating his system of logarithms. Typographically, the Canon is a remarkable book, set in two colours. Printed privately, at Viète's own expense, in a small edition, its scarcity was further increased when Viète, dissatisfied with the many misprints, tried to recover as many copies as he could.