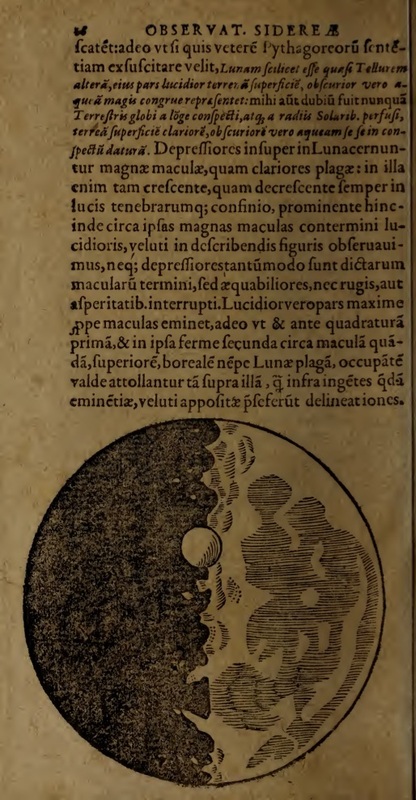 This slim pamphlet contains some of the most important discoveries in the history of astronomy. In 1609, learning of the invention of the telescope in the Netherlands, Galileo set about building his own, and within several months had constructed an instrument capable of magnifying thirty diameters. With this telescope Galileo observed the craters and mountains of the moon, multitudes of distant stars hidden from the naked eye, and four of the satellites of Jupiter which he named the Medicean stars in honour of his patrons. The publication of Sidereus nuncius in Venice in 1610, followed by a second edition in Frankfurt the same year, revived the Copernican controversy, which Galilee ardently championed, and which led ultimately to his trial in 1633. Sidereus nuncius had a profound effect on Kepler, who endorsed Galileo’s work in two pamphlets. Galileo's telescope also inspired Kepler to investigate the mathematical theory of lenses, the results of which he published in his Dioptrice of 1611. 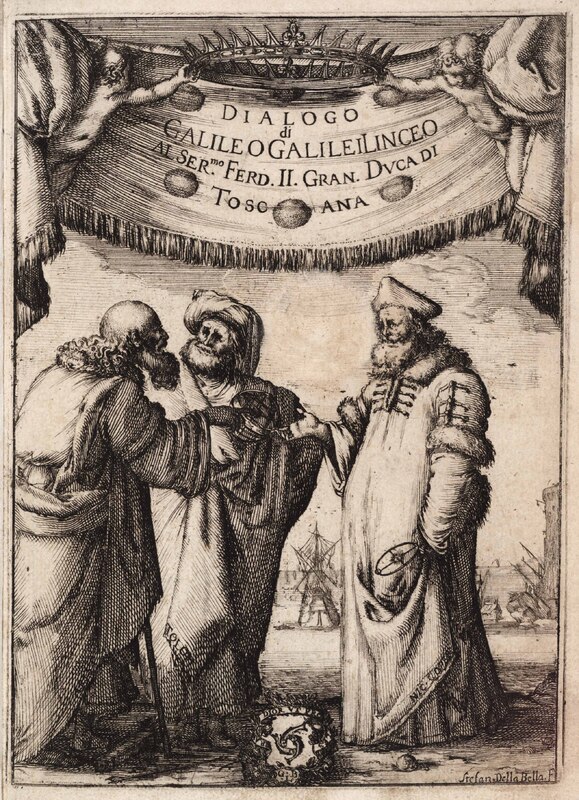 Forbidden in 1616 by Pope Paul V from discussing Copernican astronomy in print, Galileo received permission from the new Pope, Urban VIII, to discuss the heliocentric theory, on the condition that the Church-approved Ptolemaic system was given equal and impartial discussion. Accordingly, the Dialogo takes the form of an open debate between three friends, the first a spokesman for the Ptolemaic geocentric system, the second for the Copernican heliocentric system, the third an enlightened lay observer, who weighs the various opinions. This device, which allowed Galileo to voice his Copernican opinions through the mouthpiece of a fictional character, succeeded in deceiving the censors, but not the ecclesiastical authorities, who instigated the famous trial of Galileo the following year. The book itself was banned and remained on the Catholic Church’s Index librorum prohibitorum until 1823. 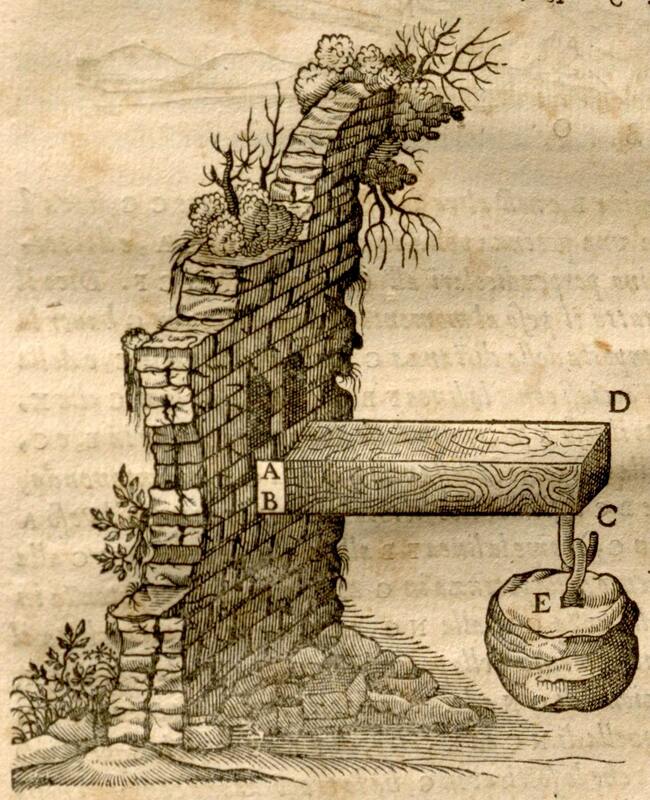 The first of the two new sciences announced in the title of the Discorsi is the strength of materials, the second being the science of motion. The book is divided into three days of discourses between the same three interlocutors that were employed in Galileo's Dialogo. Galileo’s mathematical analysis of uniform and accelerated motion, free fall, and motion along an inclined plane, was perhaps his greatest scientific achievement, and was declared by Newton and others to have inaugurated a new era in the science of mechanics. Galileo wrote the Discorsi while under house arrest. Unable to publish in Italy, he had the manuscript smuggled to France and from there to the Netherlands, where it was published in Leiden by the famous firm of Elzevir.