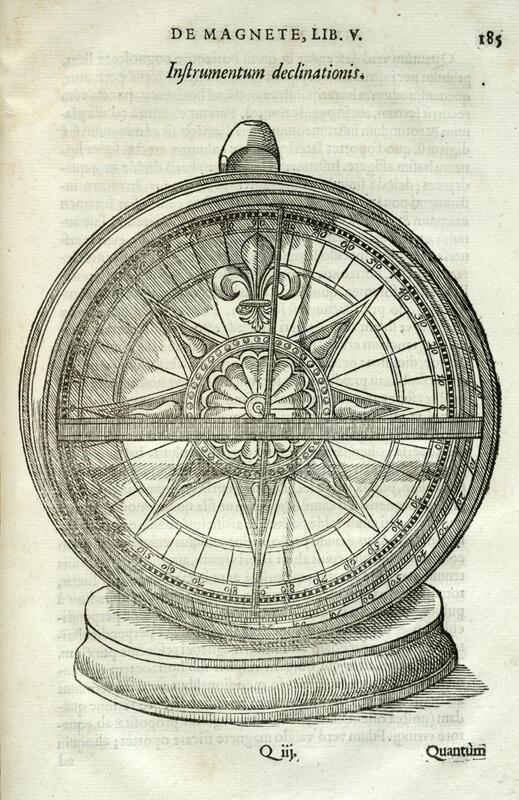 The magnetic properties of the lodestone were known to the Chinese, but it was William Gilbert, physician to Queen Elizabeth, who laid the foundations for the modern science of magnetism and electricity with this book. In the first part, he outlined the history of the magnet, and put forward the hypothesis that the earth itself was a gigantic magnet. He also touched on the application of terrestrial magnetism to navigation. In the second part he distinguished the effects of electricity from those of magnetism, thereby establishing electricity as a distinct discipline. He in fact coined the word “electricity”. Gilbert’s work was very influential on his contemporaries, including, Bacon, Kepler, Boyle, Newton, and especially Galileo.