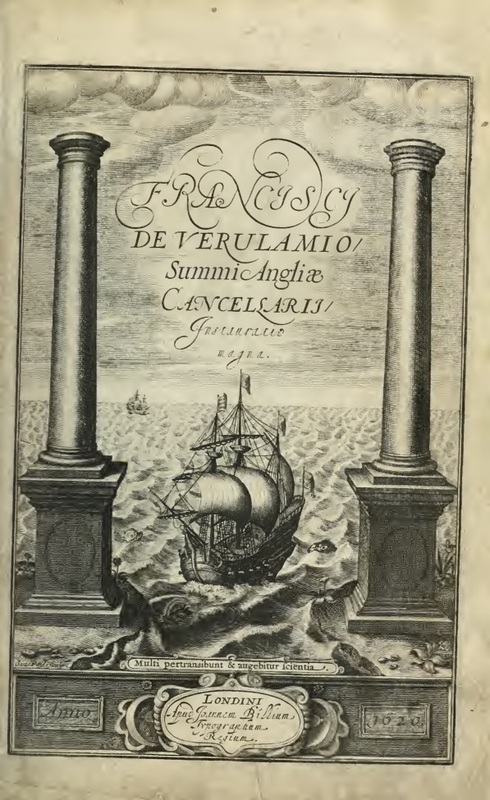 Francis Bacon is perhaps better known for his Essays, or as the supposed author of some of Shakespeare’s plays than as a scientist. But his true contribution to human thought was in the field of scientific theory. The Instauratio magna was Bacon’s grand plan for the reorganization of science, based on the principles of experiment and inductive reasoning, in contrast to the speculative, philosophical science of the ancients, which still held sway at the beginning of the seventeenth century. The ambitious plan was originally conceived in six parts, but only two were completed: De augmentis scientiarum (1623), and Novum organum. The frontispiece to the work shows a ship in full sail passing through the Pillars of Hercules from the Old to the New World.