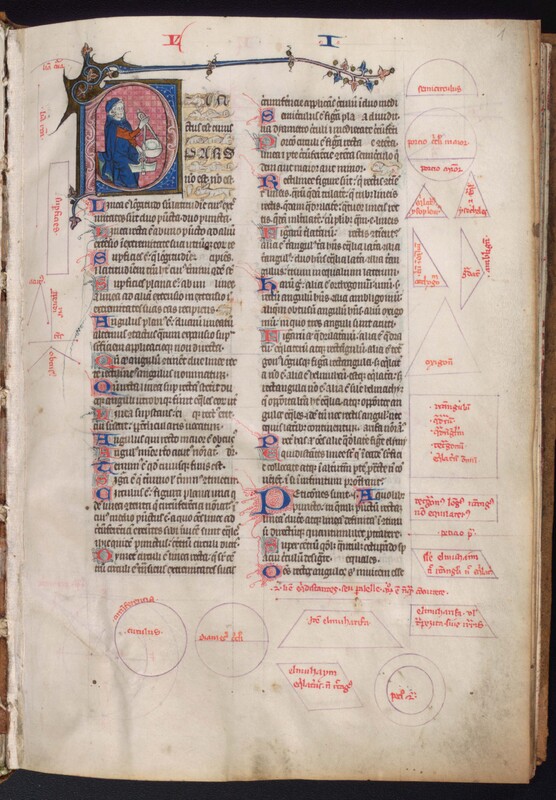 This Latin version of Euclid’s Elements was translated by Adelard of Bath (ca. 1116-1142) from an Arabic manuscript, to which a commentary by Campano da Novara (d. 1296) was added.  The text includes all fifteen books of the Elements, including two books that are no longer attributed to Euclid. It is written in a gothic book hand on vellum, with larger letters for the text, and smaller letters for the commentary. A large illuminated initial of Euclid handling geometrical instruments introduces the volume, with smaller illuminated initials at the beginning of each book.  The manuscript is dated at the end by an early owner, possibly the first: “1398 10 noue[m]bris”. 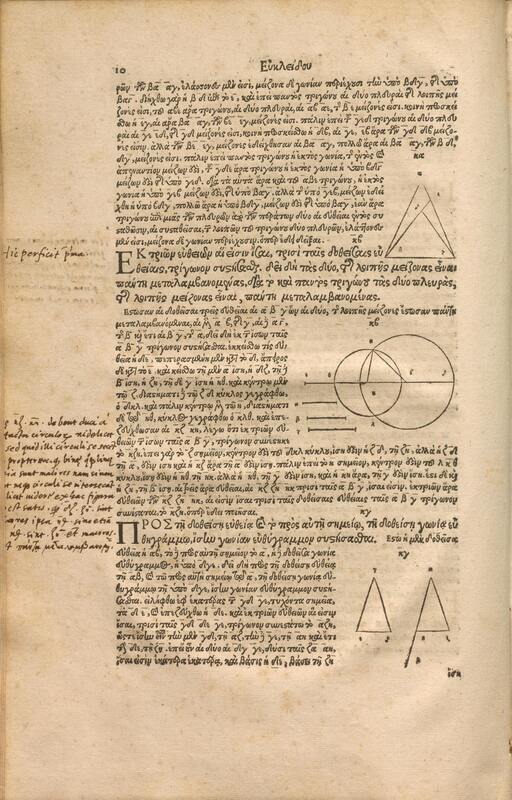 The first printed Greek edition of Euclid (the editio princeps) did not appear until 1533 – fifty-one years after Ratdolt’s Latin printing. The Greek text was reconstructed from two manuscripts based on the recension of Theon of Alexandria in the first century A.D. This is the first time that the geometric diagrams of the Elements were inserted into the text, rather than placed in the margins.