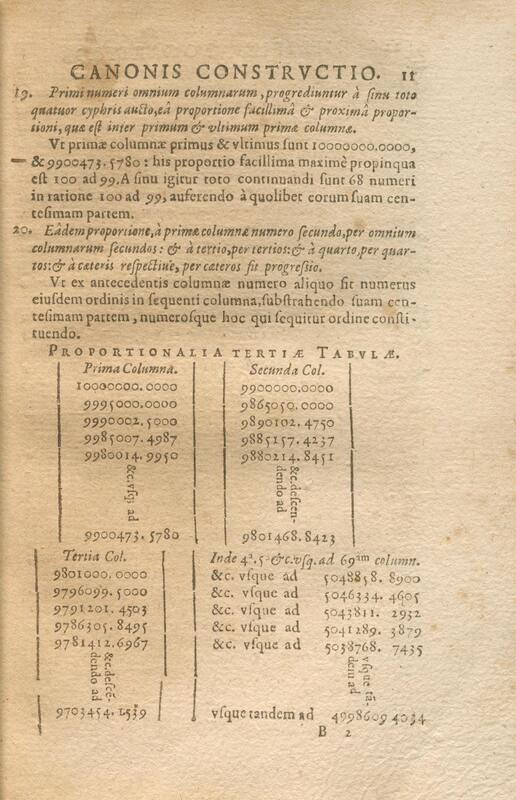 Single-handedly John Napier invented the most significant calculating device before the computer: logarithms, which reduce multiplication and division to a simple process of addition and subtraction. Napier worked for twenty years on the tables before they were ready for publication in 1614 at Edinburgh, under the title Mirifici logarithmorum canonis descriptio. Napier’s technique was immediately adopted and soon led to the invention of the slide rule by Edmund Gunter and William Oughtred. Logarithms were particularly useful to astronomers in working out extremely long and complicated calculations. In Mirifici logarithmorum canonis constructio, published posthumously in 1620, Napier explained how he had calculated his tables, and the modifications he had worked out with Henry Briggs, Gresham Professor of Geometry at Oxford, who edited the text.