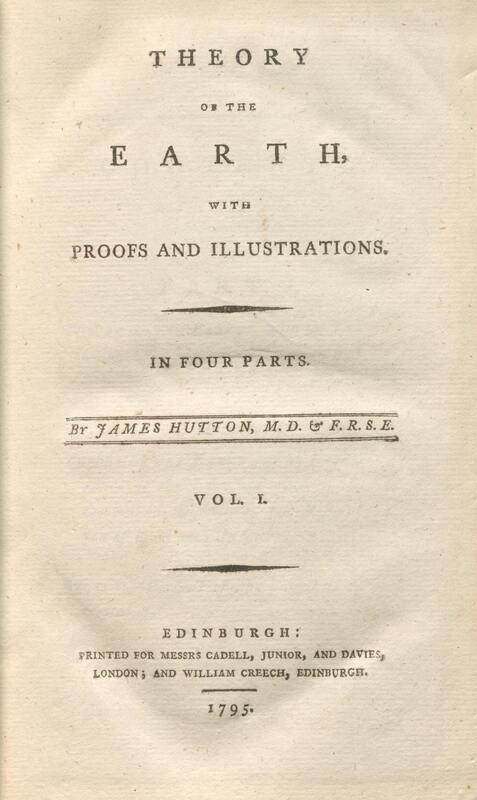 James Hutton. Theory of the earth, with proofs and illustrations. Edinburgh: Printed for  Cadell and Davies, London, and William Creech, Edinburgh, 1795.

James Hutton first presented his geological theory to the Royal Society of Edinburgh in 1785 (published in the Society's Transactions for 1788). Seven years later Hutton reissued his theory in a greatly expanded version in book form. Hutton's theory of the earth, which later became known as “uniformitarianism”, stated that the surface of the earth was shaped by slow, continuous forces acting over a long period of time. Such a theory was in direct opposition to that held by most naturalists of the day, who believed that changes in the earth's surface were the result of sudden catastrophic forces. Hutton’s book was originally projected in four parts, but he died after the publication of the first two. A third volume appeared in 1799, edited by Sir Archibald Geikie from Hutton's manuscripts. 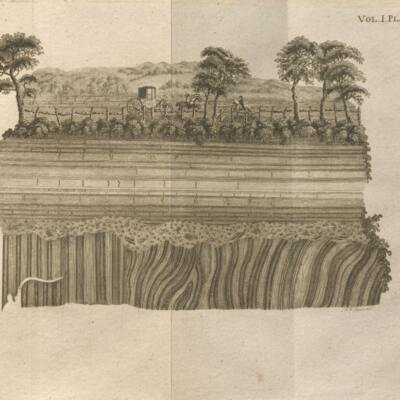 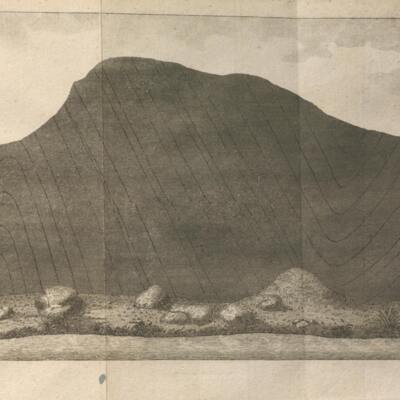