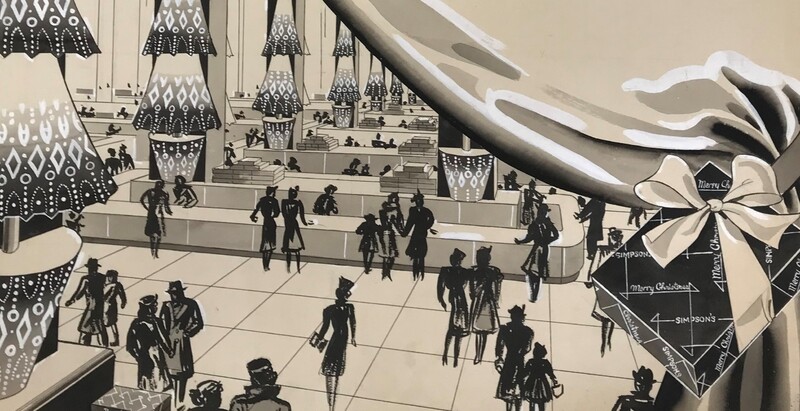 Ink and wash drawing of the Simpson's Department Store at Christmas time, 1938

Gift giving has been associated with this winter festival since the time of the Romans. Many, of course, object today to the rampant commercialization of the holiday, but to many more (especially children) decorated stores and Christmas catalogues, and the wonders they contain, are the stuff of which dreams are made during the dark, cold nights. Given the association of the festival with food and drink, it is not surprising to see a wide host of similar advertising schemes directed at homemakers and consumers across the country and across the decades. 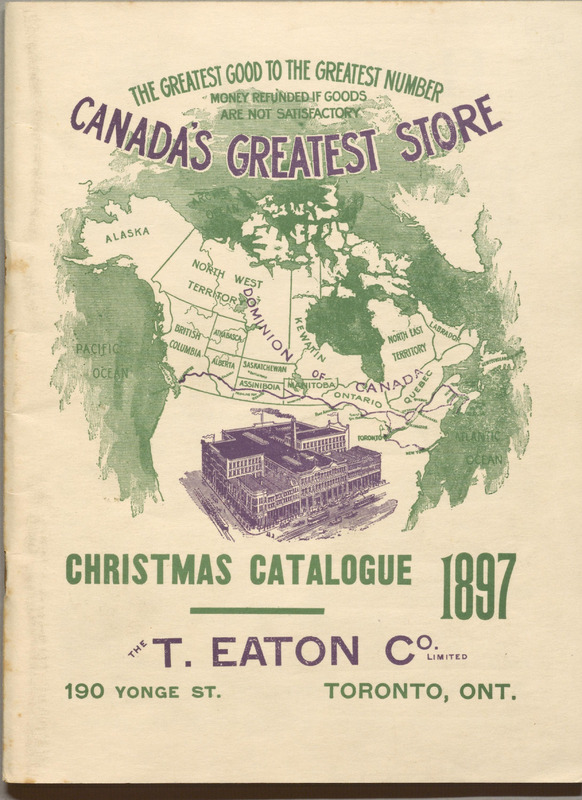 Until the end of the twentieth century, the Eaton’s mail-order catalogue was synonymous with Christmas for Canadians from coast to coast to coast. Its pages were filled with both practicalities and fantasies, brought to life each year leading up to the 25th day of December. On display is the first Eaton’s Christmas catalogue from 1897. Especially for those living in the rural parts of the nation, this catalogue was essential to the Christmas festivities for generations. 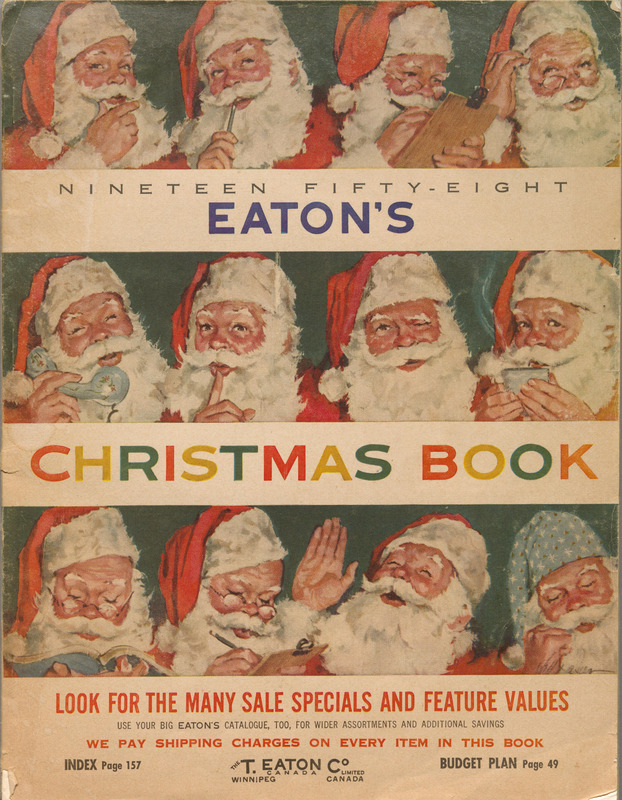 By the 1950s the small pamphlet that was Eaton’s mail order catalogue had become a massive tome, eventually consisting of more than two hundred pages, filled with suggestions for everything from small practical gifts like handkerchiefs and slippers to jewellery, toilet sets, and silver. Catalogues also included Native-Canadian goods, like beads, moccasins, and sweet-grass baskets. Despite the occasional delivery error (see Roch Carrier’s The Hockey Sweater), Eaton’s delivered dreams, even for Canadiens fans. 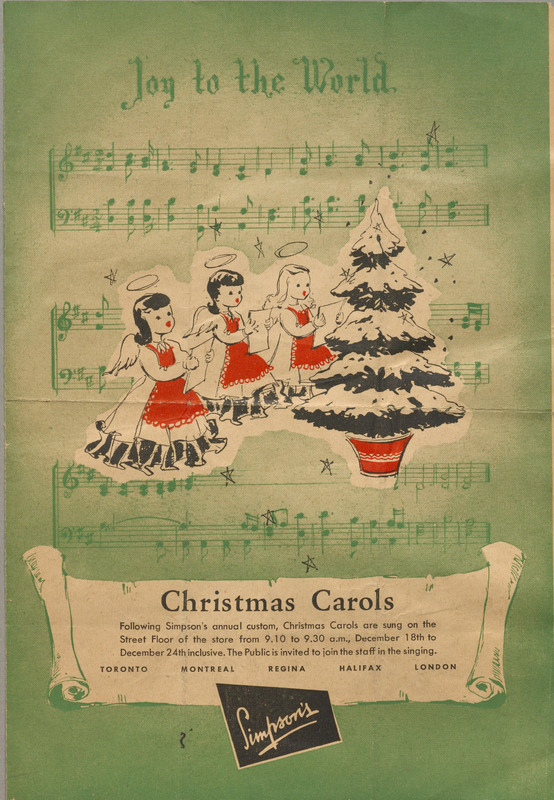 The great rival to Eaton’s in Canada was the Robert Simpson Company, and this was never as evident as in the weeks leading up to Christmas when the two stores, which faced one another across Queen Street in Toronto, even had rival Santas! Just in time for the holidays of 1924, Simpson’s (now The Bay) formed a choir that would sing carols at the front entrance, immediately before opening, to help get shoppers into the spirit of the season. So popular was this tradition that the caroling party, held from December 18th onward, was broadcast nationally on radio from 1937 until the last quarter of the twentieth century. The caroling sheets themselves were in great demand and used in homes, schools, hospitals, and churches. It was estimated that some 200,000 of these sheets were distributed annually. Once inside, shoppers browsed the aisles of one of the city’s greatest Romanesque revival buildings, as can be seen from this incomplete advertising storyboard from Christmas of 1938.

Wartime and the Holidays

Like many people around the globe, Canadians muddled through the deprivations and restrictions of the two world wars, but generally much better off than their neighbours in Europe. Magazines became increasingly popular forms of diversion, offering glimpses of the glamorous lives of celebrities as well as providing the ability to travel to far off lands, through reportage and short works of fiction, without ever leaving the comfort of one’s living room. Such distractions from reality were especially welcome with family and friends now separated during the holidays by distance and violence. The festive covers introduced a wide range of articles to help readers while away the hours during those difficult days, and featured advertisements that offered some tangible suggestions to help escape the tedium of everyday life in those taxing years.

Explore the covers by scrolling through the window below

The making and marketing of Christmas beers has a long history, dating back to medieval Scandinavian times when a very strong brew was made for the Yule celebrations. In fact, the Norwegian Gulathing Laws, recorded in the thirteenth century, not only required each peasant family to brew a Christmas beer and hold a party, but it established penalties for failure to comply! As the accompanying labels demonstrate, Canadian brewers were more than up to the task while Canadians themselves have never had to be forced to consume beer during the holiday season. As these labels indicate, the special holiday beers were brewed from one end of the country to the other. 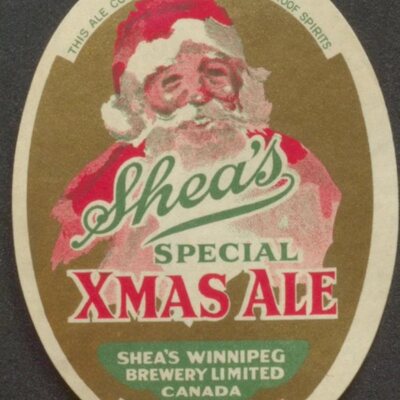 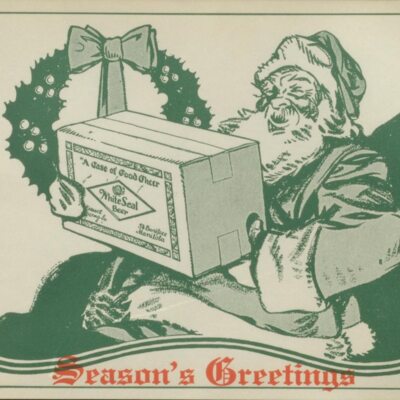 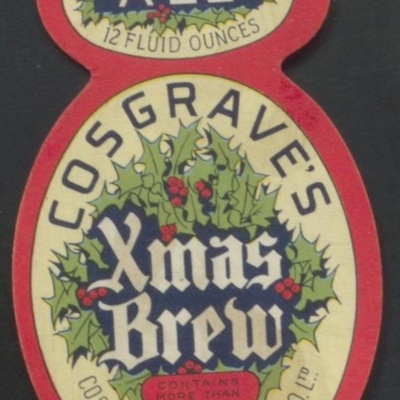 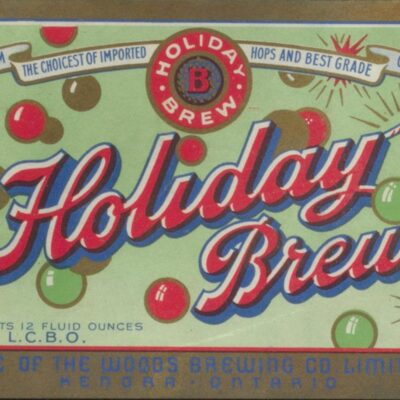 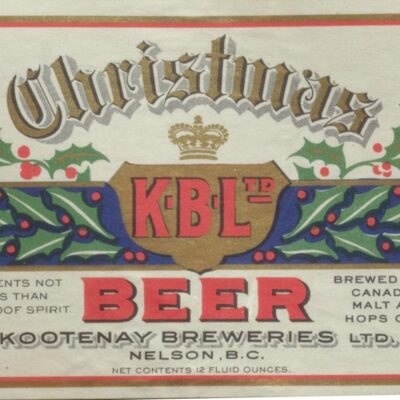 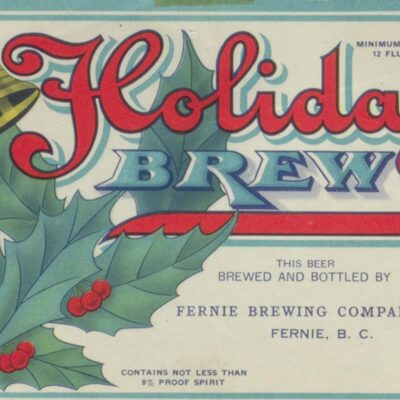 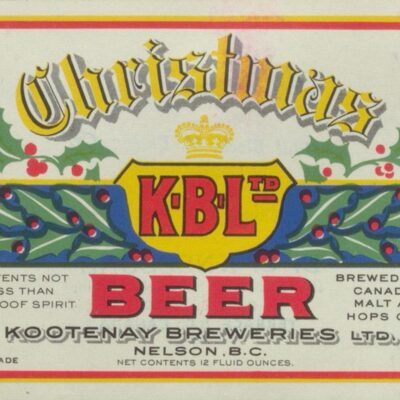 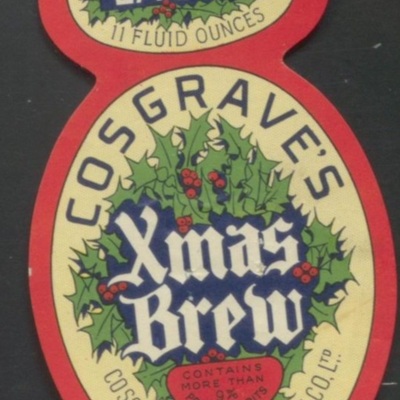