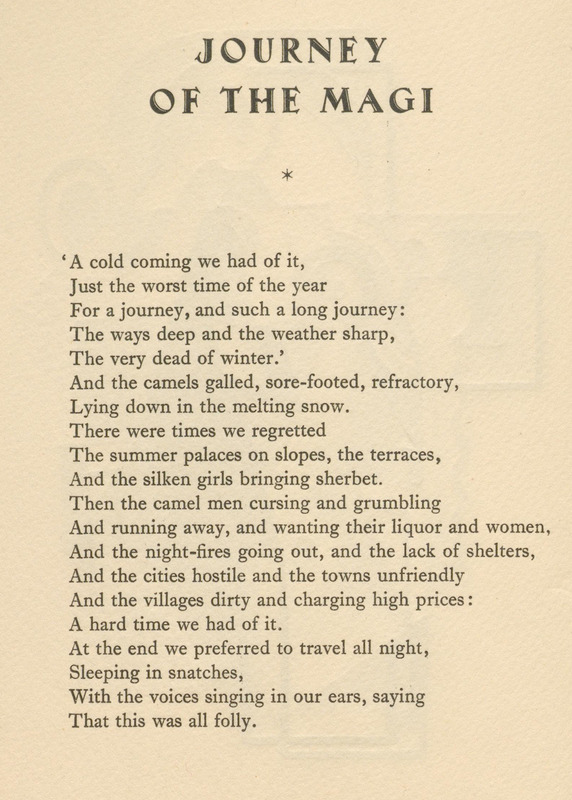 It is not surprising that the mystery of the Christmas story has inspired so much poetry given the poetic nature of the story itself. The first poems to survive date from the fourth century and were written in Syrian by the fourth-century ascetic Ephraim of Edessa (d. 373). From his day until the present, the season has provided no shortage of poetic inspiration. 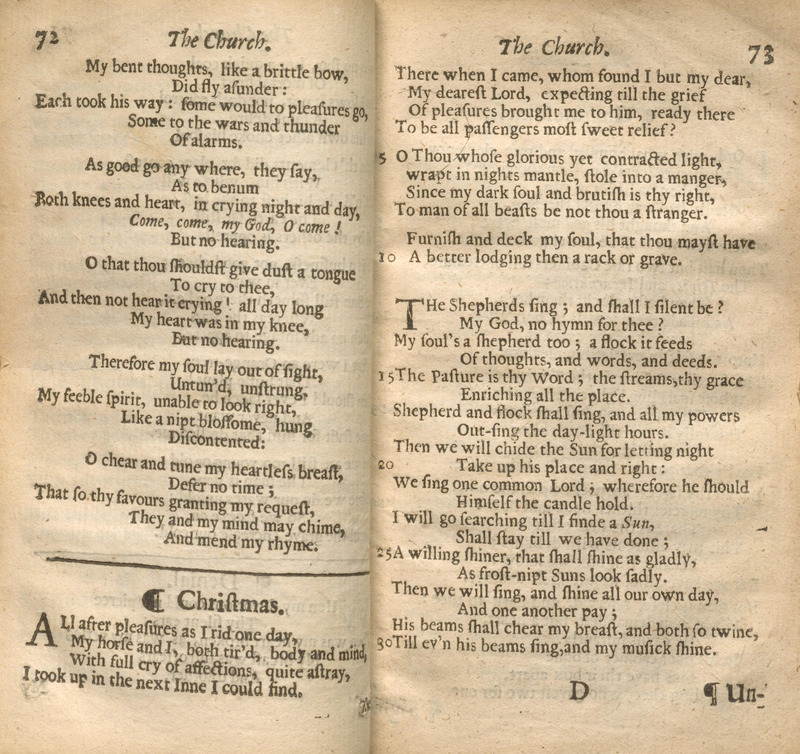 Herbert’s ascetical poems meditate on the nature of sin, love, and faith from a perspective that both draws upon and transcends the growing Calvinist ethos of his times, and therein lies their strength: they speak to any and no specific religious experience, save that of the seeker. ‘Christmas’ tells the story of the Nativity from an innovative angle, recasting the relationship between God and the human soul in the light of a kindly host and needy guest. 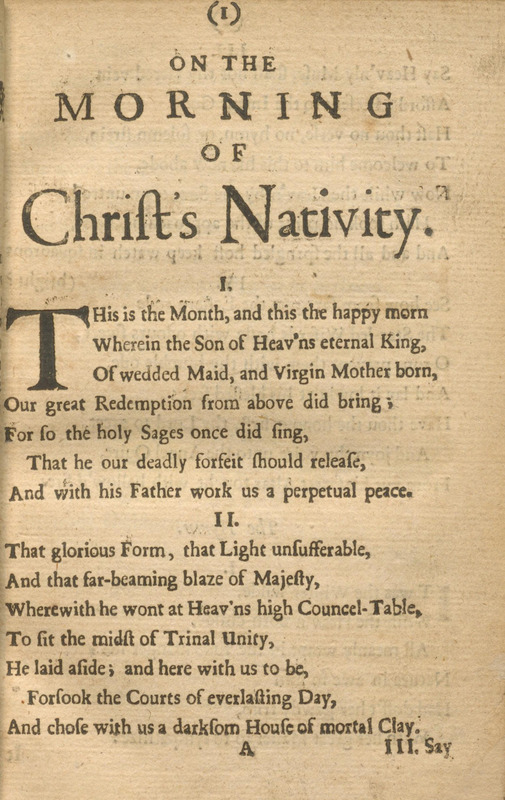 Milton composed this poem in December of 1629. In it, he connects the Incarnation of Christ to the original creation of the world, a theme to which he will return in Book VII of his Paradise Lost. These verses are considered by many scholars to be the first manifestation of Milton’s poetic genius. Portions of the text were later set to music by Ralph Vaughan Williams (1872-1958) in his Christmas cantata, Hodie (1954). 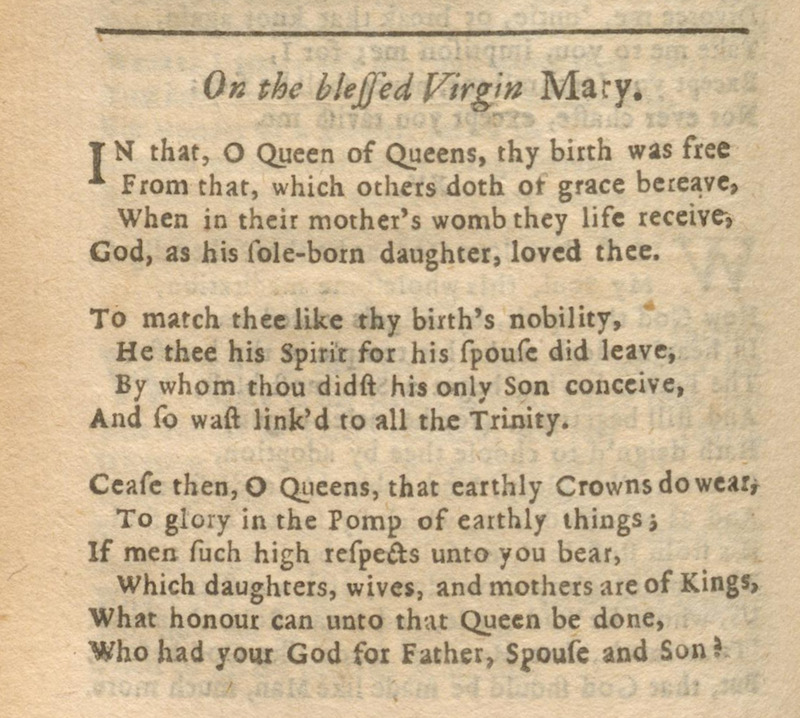 Donne was one of the leading poets of the English metaphysical school. Although raised as a Roman Catholic, he embraced Anglicanism in 1610, and became Dean of St Paul’s Cathedral eleven years later. Several of his poems, like this one, address the mystery of Mary as Mother of God, and affirm such traditional doctrines as her virginity, participation in the act of redemption, sinlessness, intercessory powers, and exaltation at the end of her earthly life. 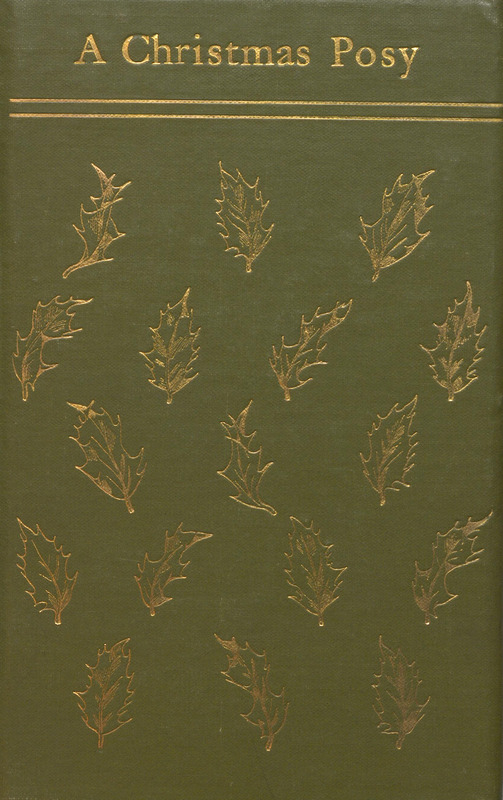 Lady Lindsay was a painter, writer, and musician who compiled this collection of seasonal poetry, translating several pieces from the original French and German herself. Her homes in London and in the country often hosted the painters George Frederic Watts, John Everett Millais, and Edward Burne-Jones, as well as the authors Robert Browning and Bret Harte. 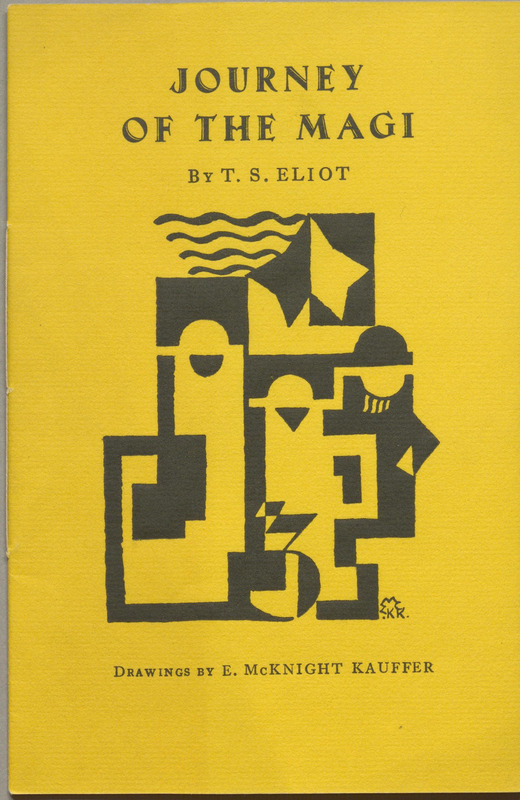 Eliot wrote this poem the year after he converted to Anglo-Catholicism. It is told from the point of view of one of the Magi, and besides touching on the wondrous birth, also examines the themes of alienation and powerlessness, ultimately pointing towards the Crucifixion. The text is preceded by a frontispiece illustration designed by the American avant-garde artist, Edward McKnight Kauffer, produced at the Curwen Press using the pochoir stencilling technique. The Fisher copy is printed on Zanders’ hand-made paper, number 223 in a limited edition of 350 copies. 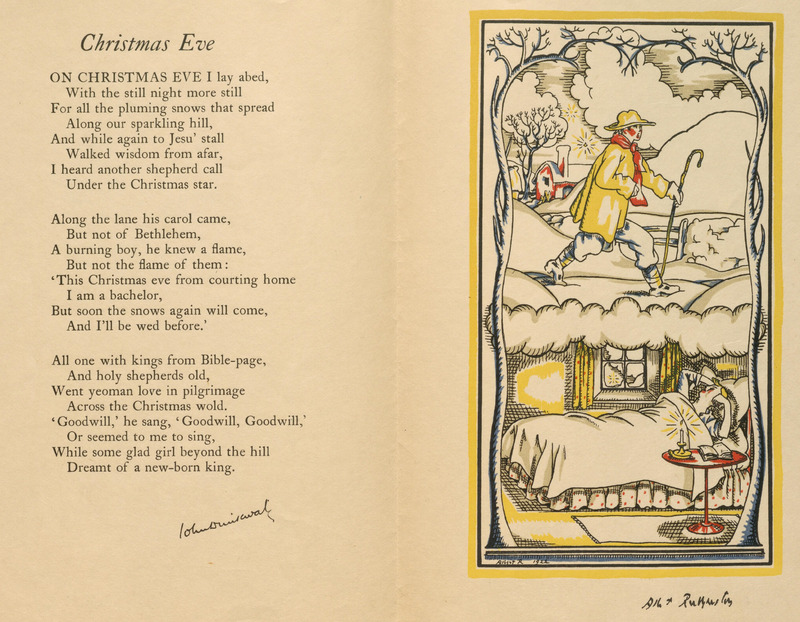 Oliver Simon (1895-1956) of the Curwen Press (of which he later became chairman and managing director) printed this keepsake Christmas card on one folded sheet of Japon vellum, with illustrations by designer Albert Rutherston. It appeared in a limited edition of 210 copies. The Fisher copy is signed by Drinkwater and Rutherston. 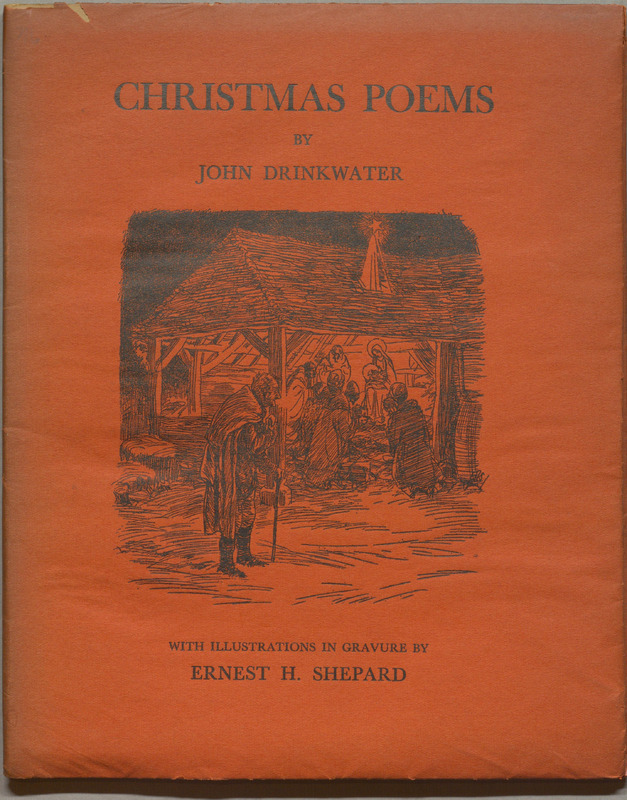 Ernest H. Shepard, who is more famous for his contributions to the children’s classics The Wind in the Willows and Winnie-the-Pooh, provided the gravure illustrations for this small collection of seasonal poetry by the English poet and playwright, John Drinkwater. 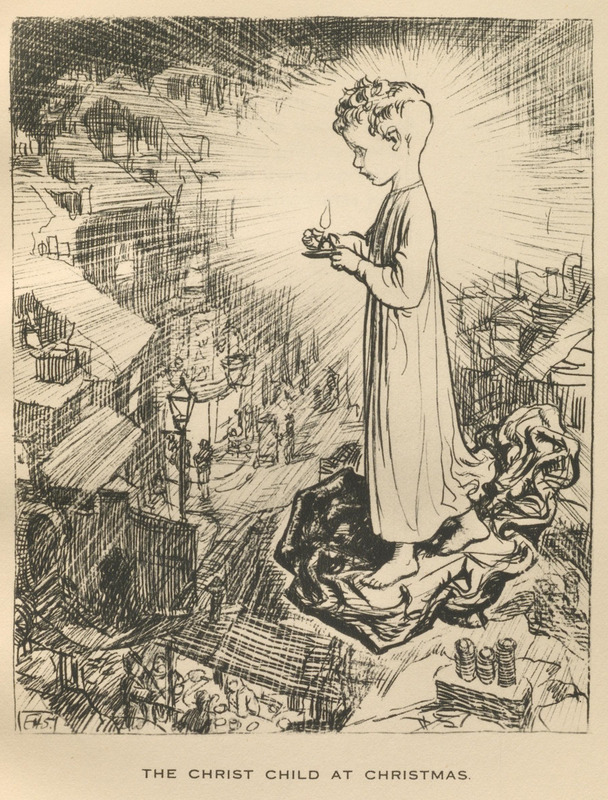 Illustration of The Christ Child by Ernest H. Shepherd, 1931