Detail from the Christmas Day Menu at the Hotel Dufferin in Saint John, New Brunswick, 1884

Eating and drinking during the holiday season is as ubiquitous a feature as Santa Claus himself. The jolly old elf is, in fact, known to eat a cookie or two as he makes his way around the world every Christmas Eve. Cookbooks, whether in manuscript or published form, are not only instructive. They also demonstrate how tastes have literally evolved over time, and the Fisher is home to a growing collection of cookbooks, mostly from eighteenth- to twentieth-century Britain and Canada. The challenge of working with antique recipes, even ones from the middle of the twentieth century, is that they often require interpretation. What temperature on a modern stove constitutes a ‘hot oven’, for example? When you’re told to ‘add water’, how much? And what to do about local measurements? These cookbooks preserve what was best about hearth and home during the dark, cold winter nights. Perhaps try a recipe or two from the past to create a new Christmas tradition. 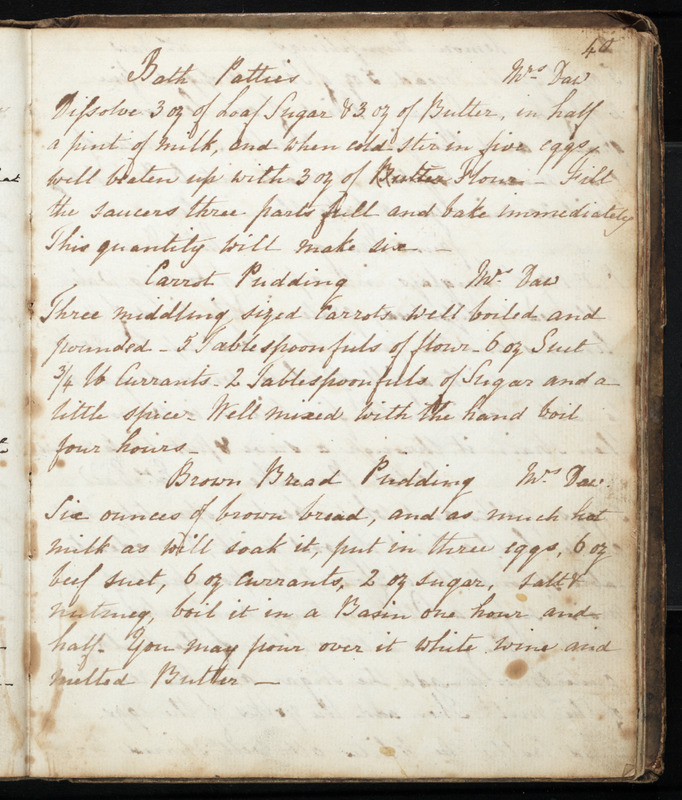 Among the recipes included in this early English cookbook is one for ‘Apple Snow’, another festive dessert for the season. It also includes a recipe for ‘carrot pudding’, which became popular in Canada during the First World War since it used less sugar and fruit than traditional pudding recipes. In the Second World War, the English Food Board recommended ‘carrot pudding’ as a substitute for plum pudding. 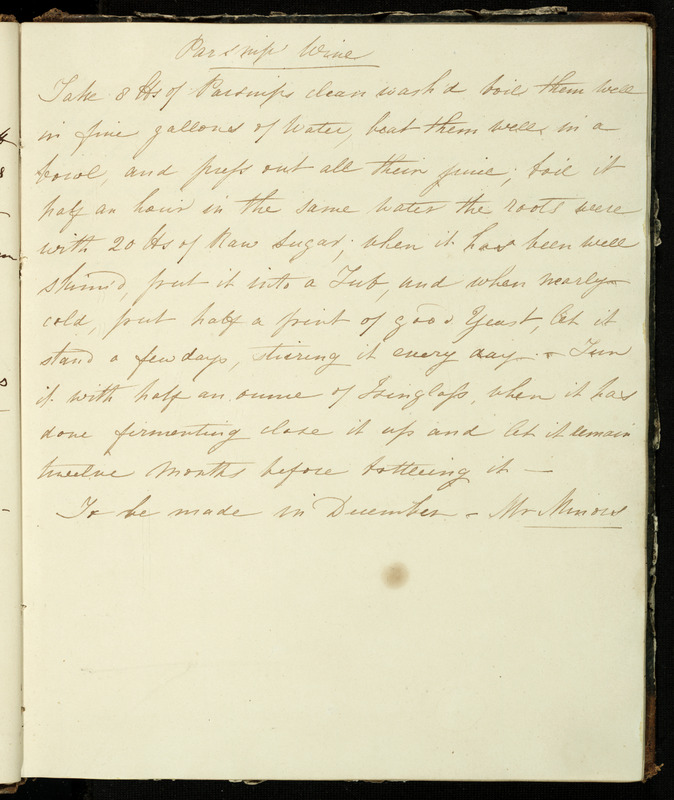 One of the staple desserts of the English Christmas is the mince pie found in this cookbook. This delicacy of fruits, spices, minced meat, and suet traces its origins to the thirteenth century and the time of the Crusades when English soldiers returned from the East with the exotic recipe. With the passage of time the quantity of meat was reduced, while the sweet elements, like raisins, currants, and other dried fruits were increased until they formed the dominant ingredients. The book contains other recipes appropriate for the celebration of the holidays – gingerbread, various wines, lemon drops, almond cream, and plum pudding. 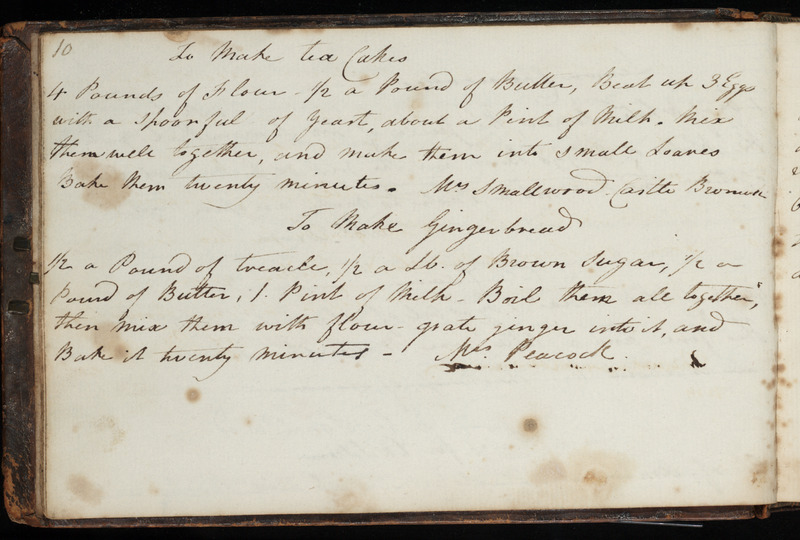 Not surprisingly, the holiday customs of the British Isles crossed the Atlantic to Canada and among them was the making of plum pudding during the Christmas season, one recipe for which appears here. There are actually no plums in a plum pudding, however; the misnomer derives from the fact the Victorians often used the word ‘plum’ to describe raisins, which can be found in abundance in this dessert, as well as other dried fruits, egg, suet, and various spices. The making of fermented and non-fermented drinks also generally fell to the lady of the house to make, though not exclusively so. 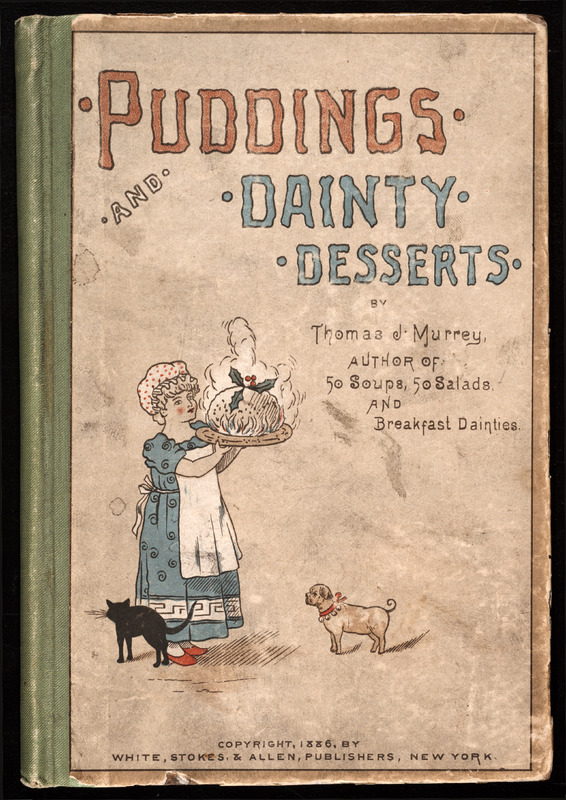 The maid on the cover of this late Victorian cookbook is depicted carrying in a steaming Christmas pudding, with a cat and pug waiting for crumbs to fall from the plate. The pudding is composed of many dried fruits held together by egg and suet, sometimes moistened by treacle and flavoured with cinnamon, nutmeg, cloves, ginger, and other spices. Traditionally, the pudding was often aged for up to a year before serving. 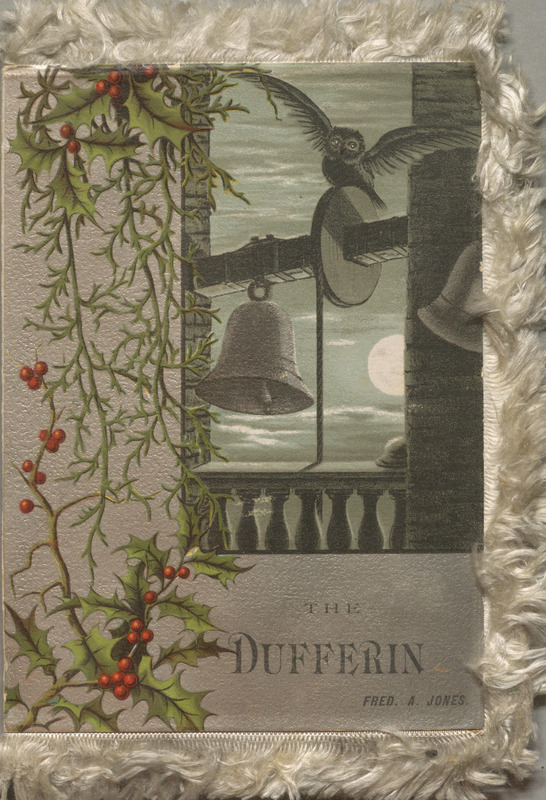 This beautifully designed menu graced the tables of the formal dining room of the Hotel Dufferin in Saint John, New Brunswick on Christmas Day of 1884. The card itself is bordered by a sumptuous grey silk fringe, complementing the richness of the foods on offer that holiday: oysters, hare, ham, turkey, chicken, and a wide variety of desserts, all apparently prepared with a certain French flair. The Hotel Dufferin was situated on King’s Square in the city’s downtown and used to advertise itself as ‘the only hotel in the city with Private Lawn and Garden.’ 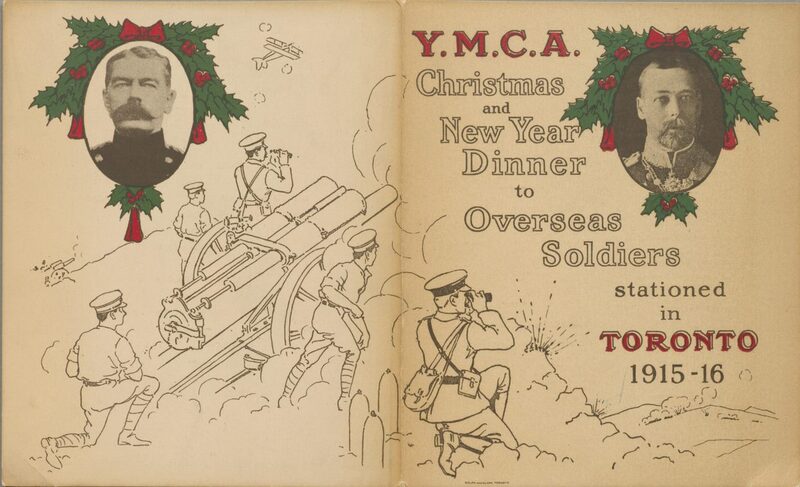 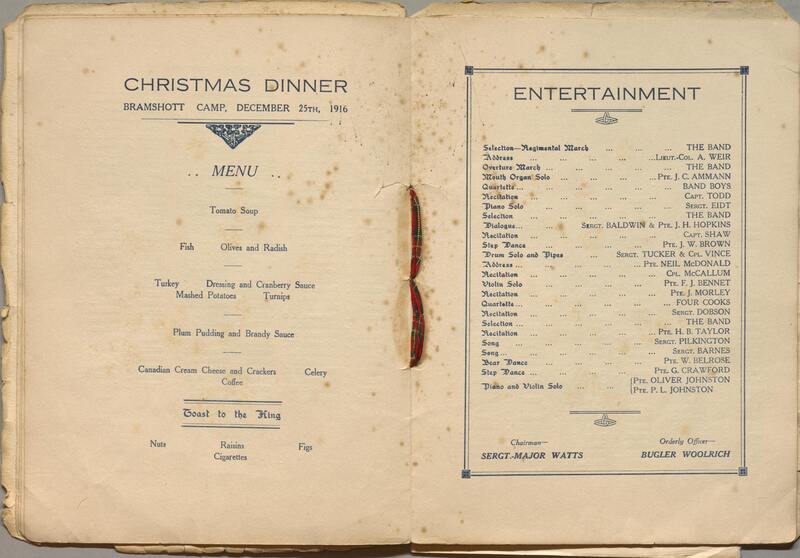 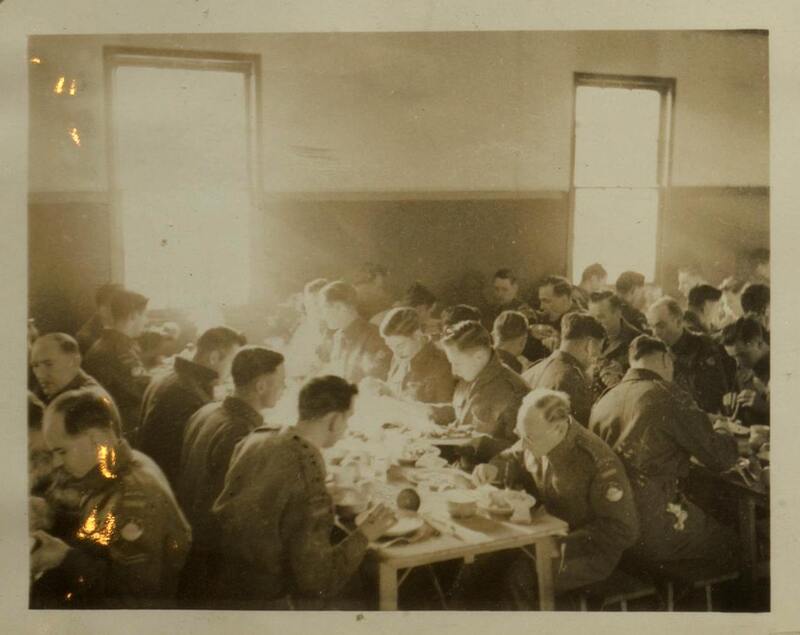 The reality of war still means that most soldiers do not make it home for the holidays. In both World Wars of the twentieth century, every effort was made to make the holidays a little easier by providing festive meals. During the Great War, the Minister responsible for the Overseas Military Forces of Canada, Sir Albert E. Kemp, officially hosted meals served on Christmas Day throughout England, featuring foods typically found in English Canadian homes in Yuletide. For those in Canada, but still away from home for the holidays, organizations like the YMCA tried to help soldiers make the best of a less than ideal situation. A similar effort was made during the Second World War to bring a little bit of home away from home during the holidays through these meals served in military camps from coast to coast to coast, and overseas as well.