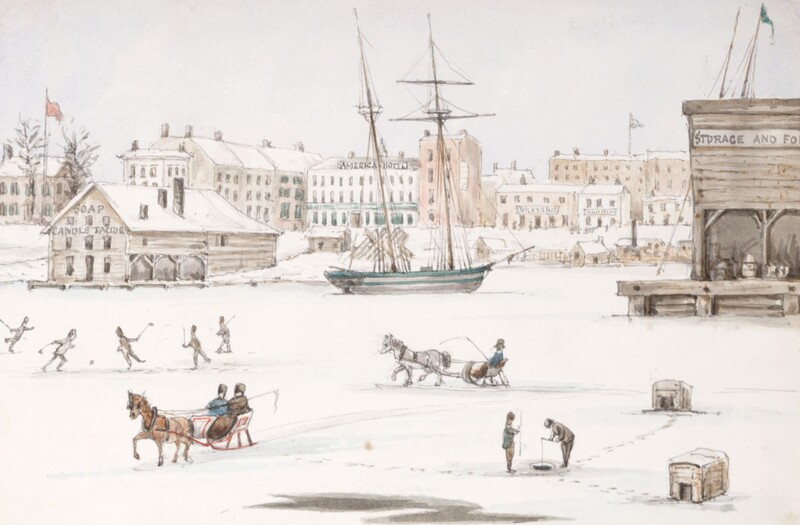 Christmas, of course, first came to what would become Canada with the arrival of the French in the early seventeenth century. The deep associations of the holiday with a Canadian winter are indelibly impressed into the national psyche. Even those who passionately loathe the icy weather silently wish for a little snow on Christmas Eve. The following items from the Fisher collections offer everything from depictions of how to make the most of the wintry season to the excitement and occasional disappointments that can make the holidays memorable. 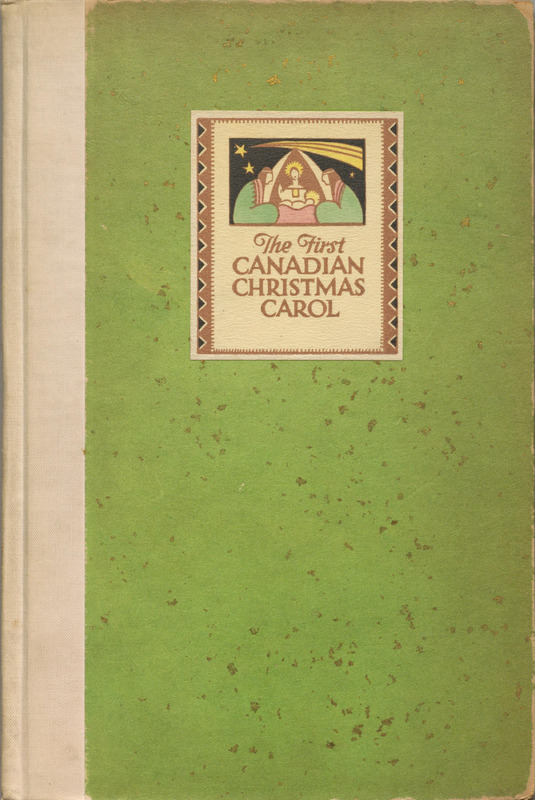 Brebeuf, a Jesuit missionary in the Georgian Bay area of Ontario, wrote the text of this beloved carol in the Huron language about 1641. It was soon translated into French, with the English rendition penned by J.E. Middleton (1872-1960) in 1926. The tune for all three versions remains the same French chanson that Brebeuf originally used over three hundred years ago. The illustrations accompanying this commemorative volume are by Stanley F. Turner (1883-1953) a graduate of the Ontario College of Art. His other works may be found in many books and magazines dating from the first half of the twentieth century. The graphic design and printing firm, Rous & Mann, also enjoys the distinction of having been the employer of the great Canadian artist, Tom Thomson (1877-1917).

Among the holiday customs which have sadly disappeared in Canada, one of the most unfortunate is the distribution of the greetings of the newspaper carrier boys. These pamphlets were ceremoniously presented to customers by each boy, on behalf of the paper’s publisher, during the Christmas holidays. Custom dictated that he would then be rewarded with a gratuity of some coin together with freshly baked goods. Since the carrier boys were paid a pittance they relied on these annual tips for their financial well-being. The greetings were generally in verse, and often satirized the news events of the previous year. The practice had its origins in seventeenth-century England, but remained popular in Canada and the United States well into the twentieth century.

See a selection of carrier boys' greetings in the window above. 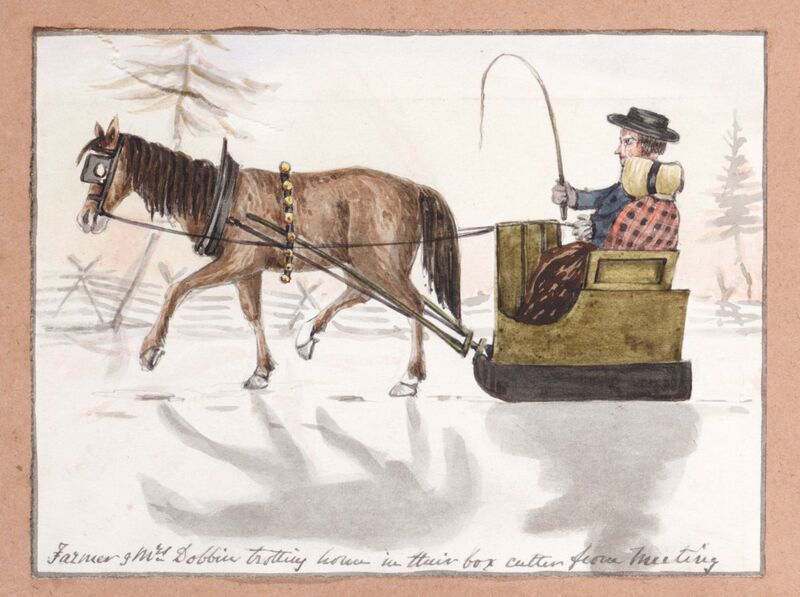 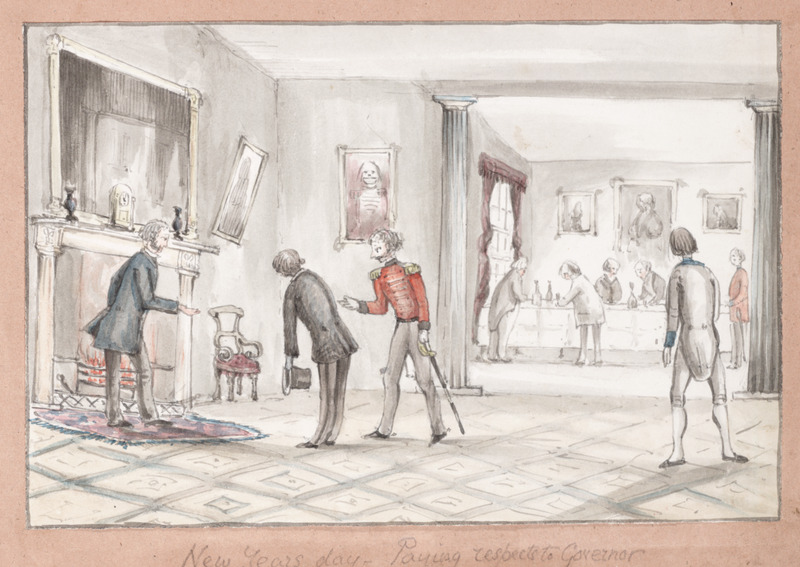 Album of Drawings and Sketches of Toronto and Surrounding Areas. Canada West [Ontario], 1854-1856.

In September of 1854, Mr and Mrs James Graham arrived in Guelph, Ontario from Liverpool, England to visit their friends the Maitlands who had settled in the region. During their visit, which lasted almost two years, the Graham’s documented life as they experienced it in pre-Confederation Canada. The result was this album, consisting of some 170 sketches and watercolours. Although all seasons are represented, the winter scenes are particularly evocative. Among the more interesting is a sketch of Mr Graham being presented to the Lieutenant Governor at Government House during the New Year’s Levee of 1855. The album includes a large number of drawings depicting city and townscapes, domestic scenes, humorous incidents and accidents, and offers an attractive picture of rural and urban life in mid-century Canada West, as it was then known. Skating, tobogganing, ice boating, snowshoeing, and sleighing all feature prominently among the winter pastimes on the Canadian frontier. 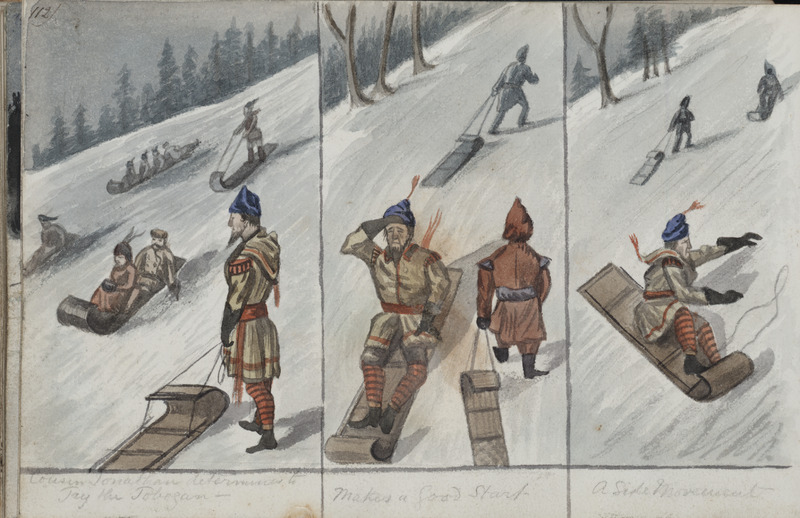 Album of original watercolours of views and activities during travel in Canada, Europe and California, 1880-1881.

This anonymous manuscript album of watercolours contains a number of beautiful Canadian scenes from the late nineteenth century. Among the most evocative are the winter prospects, most likely sketched in the province of Québec. The images depict tobogganers, scaling frozen waterfalls, and snowshoeing parties, typical French Canadian pastimes to while away the holiday hours. 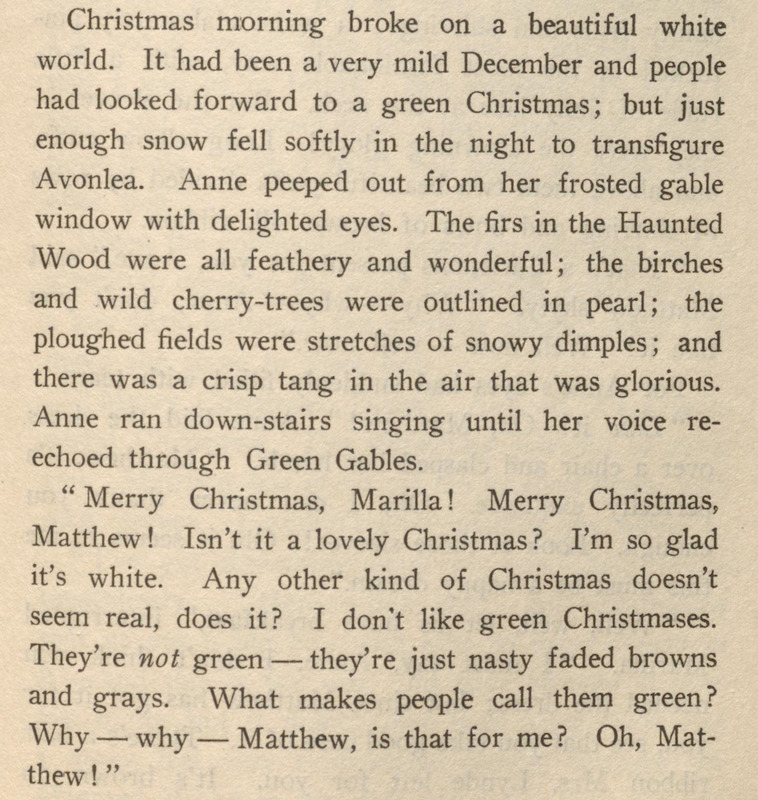 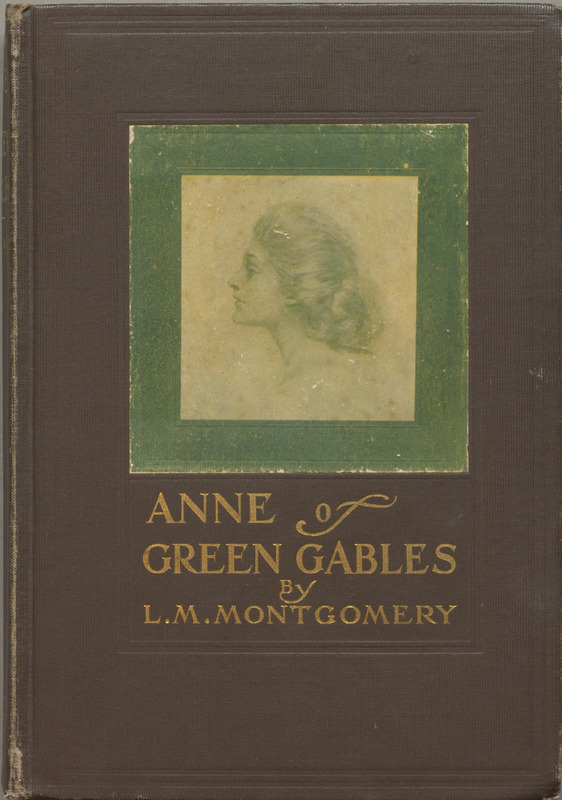 Montgomery’s classic tale of an orphan girl growing up in Prince Edward Island is not a Christmas story. It does, however, include a humorous and touching chapter about the Christmas gift purchased for twelve-year-old Anne by her shy guardian, Matthew Cuthbert – a dress with stylish puffy sleeves. Matthew’s sister Marilla considers such concessions to fashion pure folly, but for Anne, who is no stranger to hyperbole, the dress was ‘perfectly exquisite’ and the highlight of her holidays. The chapter is a reflection of an Edwardian Christmas in rural Canada. 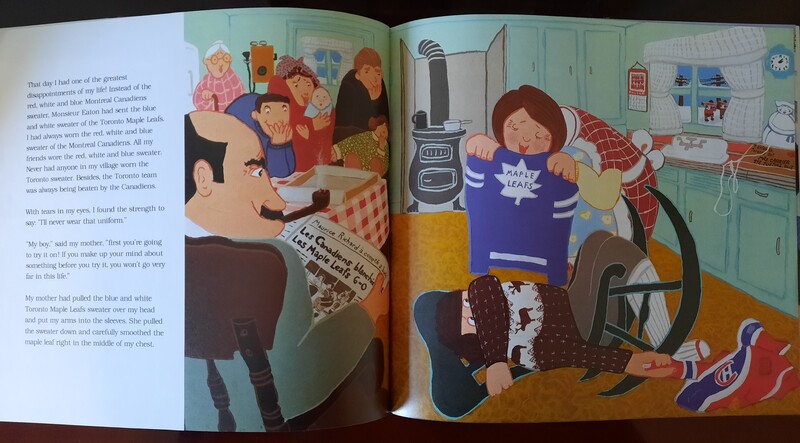 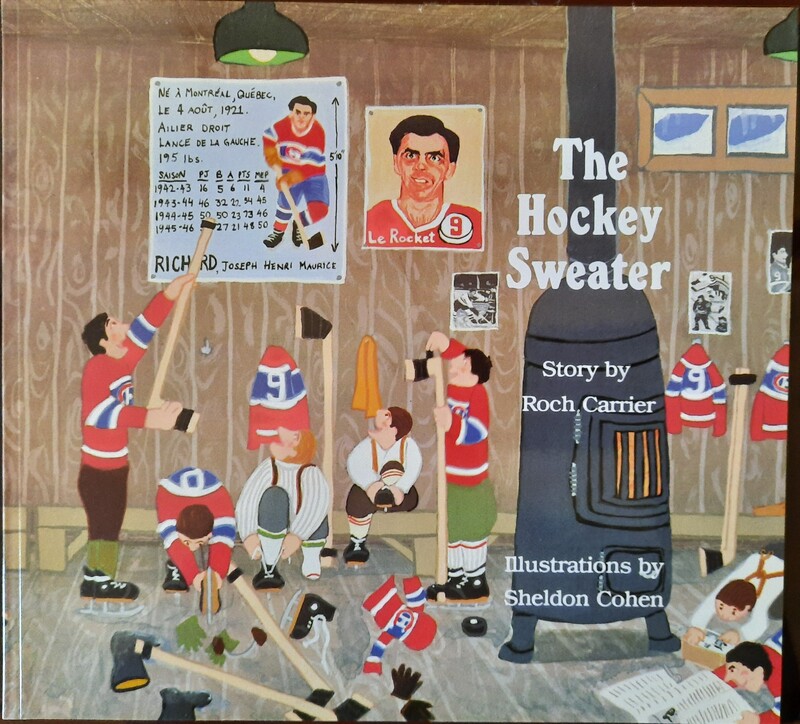 This quintessential Canadian tale reflecting the ancient rivalry between the Toronto Maple Leafs and the Montréal Canadiens is actually a vignette from Carrier’s own life, growing up as a child in the town of Sainte-Justine, Québec. Originally published in French 1979 under the title Une abominable feuille d'érable sur la glace (An abominable maple leaf on the ice), it tells the story of what happened after the Eaton’s Catalogue service mistakenly delivered a hated Maple Leafs’ jersey to replace Carrier’s worn but beloved Canadiens sweater. When his mother refuses to return it, so as not to offend Monsieur Eaton, he is forced to wear it to practice. Ostracized by his teammates, punished by his coach, and chastised by the parish priest for a display of temper, Carrier is sent to the church to pray for forgiveness of his sins. Instead he begs God to send a million moths to destroy the despised garment. The illustrations by Sheldon Cohen (1949- ) have become synonymous with the story as they appear both in this book and the movie short from the National Film Board of Canada (with Carrier doing the voice over) produced in 1980.