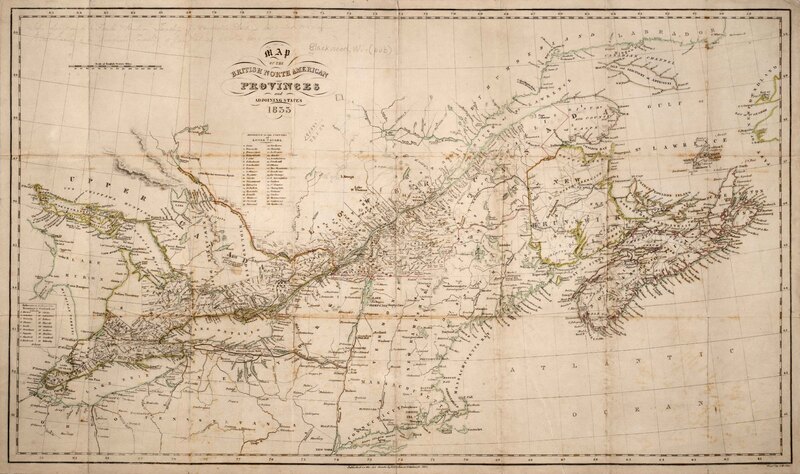 Map of the British North American provinces and adjoining states, 1833 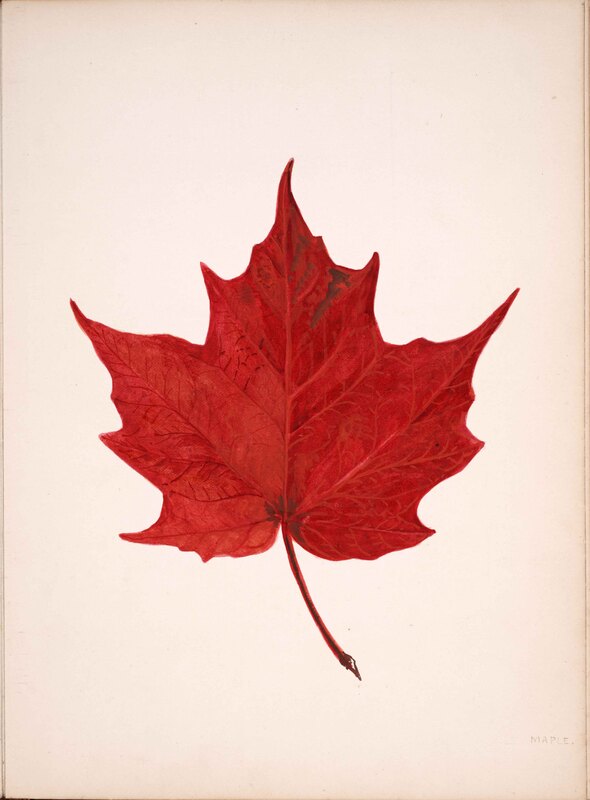 The British North America Act of 1867, the document that provided the constitutional structure for the new Dominion of Canada, is not as evocative a document as Magna Carta, nor does it contain the lofty prose of the American Declaration of Independence. It is a prosaic piece of legal writing, crafted by relatively conservative French Catholics and stolid English Protestants who saw in their union the advantages of ‘peace, order, and good government’. Like those it would govern, it might best be described as unassuming. Concealed in its cautious language, however, are almost three hundred years of struggle to become a people.

The documents in this exhibition – manuscripts, printed books, engravings, and photographs – tell but one story behind the making of a nation. On these pages may be found the record of our ancestors’ efforts to understand the majesty and wealth of this land and its waterways; the interaction between colonists and the First Nations, the legacy of which remains problematic to the present; and the tension between French and English which has so often threatened to tear apart the national fabric. Some voices struggle to be heard. Those belonging to the Indigenous Peoples, women, and minorities are largely overwhelmed by a culture that was dominated by white, northern European males. But in these works may also be found something of the hope that is a constituent part of our national character – a character born as a result of these various struggles. These documents also reflect our ongoing endeavour to define ourselves for ourselves.

In the 150 years since Confederation, much has indeed changed, but much remains very much the same. Canada’s Native Peoples still struggle for justice, and immigrants still struggle to belong. These documents also confirm, however, that Canada is a place where compromise and accommodation have been the keys to our prosperity and stability, making us the envy of so many other less fortunate places on the planet. To understand ourselves, we need only to look at the bequest left by those who went before us, whose witness still speaks eloquently – on paper and in ink. The documents in this exhibition are drawn almost exclusively from the holdings of the Thomas Fisher Rare Book Library at the University of Toronto and represent more than 120 years of collecting. They are testimony to the hard work and discerning eye of generations of the University’s librarians. It will be up to the librarians and archivists of the next fifty years to make up for the lacunae that exist in our current holdings. In these earlier stories are reflected, however dimly, our own.

To download a PDF copy of the exhibiton catalogue, which includes all citations and complete bibliography, for Struggle and Story: Canada in Print, please click here

This exhibition was curated by Pearce J. Carefoote and displayed at the Thomas Fisher Rare Book Library from 20 March - 9 September 2017. The online exhibition was prepared by Danielle Van Wagner and Andrew Stewart.

Part I: The Struggle to Understand →
Introduction