Over the course of the century after Parkinson’s landmark work of 1629 a steady stream of books on gardening and horticulture began to be issued in Britain. Herbals continued to be published in large quantities, as well as specialized works such as catalogues and plant lists of individual gardens, some of which are discussed in section two. The last half of the seventeenth century saw a wave of books on fruit growing, and also on forest trees, reflecting the large-scale planting being carried out on country estates. The French influence was evident with the English translation by John Evelyn (1620–1706) of Nicolas de Bonnefons’s The French Gardiner in 1666 and Jean de La Quintinie’s The Compleat Gard’ner in 1693. As more and more plants were introduced, and gardening expanded to an ever wider group, along with the prosperity resulting from the growth of the British Empire, there was a clear need for a comprehensive work similar to Parkinson’s covering all aspects of horticulture. However, it was not until 1731, with the publication of The Gardener’s Dictionary by Philip Miller (1691–1771) that a breakthrough work appeared. Its descendents followed over the next two centuries, culminating in the Royal Horticultural Society’s Dictionary of Gardening in 1951. 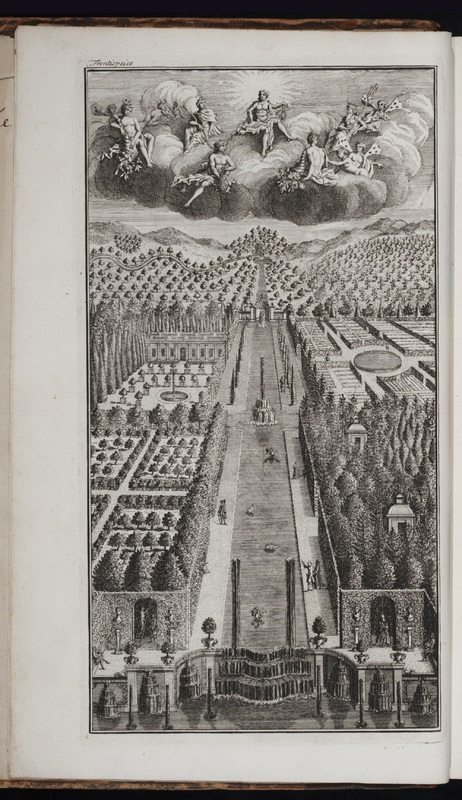 Philip Miller was the most influential practising horticulturist of the seventeenth century, and held the post of gardener at the Society of Apothecaries Physic Garden at Chelsea for almost fifty years. In addition to being a great gardener and plantsman he was a prolific writer whose practical expertise was grounded in theoretical knowledge. His Dictionary is organized as an alphabetical list of entries, including in a single sequence entries on plants (e.g. rosa), botanical entries (e.g. root) and horticultural entries (e.g. ripening of fruit). First published as a large folio in 1731 it continued to be revised and expanded by Miller until the 8th edition of 1768, at which time Miller remarks that the number of plants cultivated in Britain had doubled since the first edition. Both volumes of the 1740 edition are on display here – the first volume showing the frontispiece and title page and the second volume showing a plate depicting leaf forms, which is keyed to explanatory text elsewhere in the book. 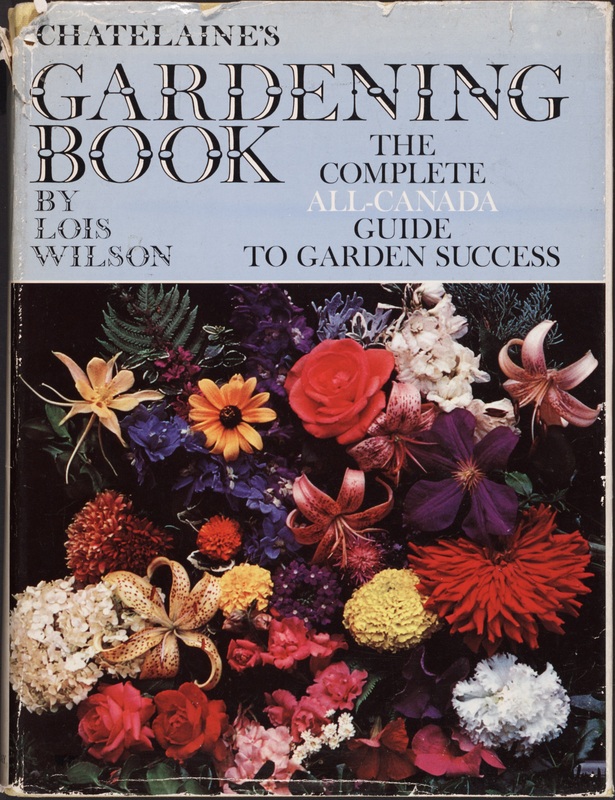 In 1970 Lois Wilson produced a ground-breaking work for Canadian gardeners, Chatelaine’s Gardening Book, ‘the complete All-Canada guide to garden success’. Wilson was determined to make this a useful and practical guide for ordinary home gardeners across the country. She spent many years putting together a team of consultants which included botanists and horticulturists from the Plant Research Institute of the federal Department of Agriculture, academics, nurserymen and representatives of the various geographic regions or of specific organizations such as the Canadian Rose Society. This book reflected and catered to an upsurge of interest in Canada in home gardening, particularly ornamental gardening. The book covers both fundamentals of layout and design and the practical aspects of horticulture.