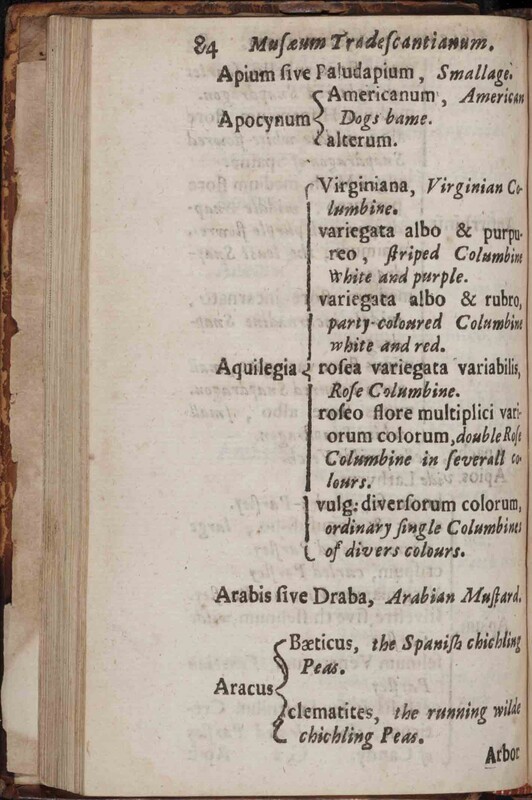 The most common  example of garden record-keeping is a simple plant list, itemizing the plants in a particular locale. Both John Tradescant the Elder (d. 1637?) and his son John (1608-1662) were passionate plant collectors, with a network of links to other amateur and professional plantsmen across Europe, and were responsible for many plant introductions. The plant list of their London garden takes up pages 73-178 of this volume which also includes all manner of natural history specimens and other curiosities collected by them. The Tradescants are credited with being the first to grow some of the North American native plants which have subsequently become highly-valued garden plants, for example columbine (Aquilegia canadensis). The listing is shown with a water-colour of the Canadian wildflower by Agnes Fitzgibbon Chamberlin (1833-1913), done in the 1860s. 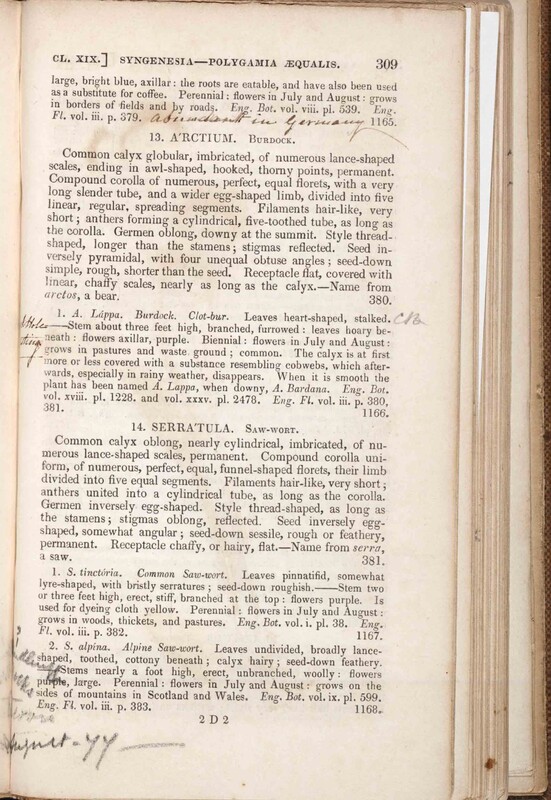 A very common way of keeping plants lists is to mark up a published work, making corrections and additions to reflect one’s own experience. For example, John Tradescant the Elder kept a hand-written list of the foreign plants he acquired by making notes in his own copy of Parkinson’s Paradisus. The nineteenth-century published list of British plants shown here is supplemented throughout, not only by extensive hand-written notes, but also by attaching actual plant specimens in the relevant places in the text. A total of fifteen pressed plants have been inserted, including this dried specimen of toadflax which is securely sewn to the page on top of the entry describing it. 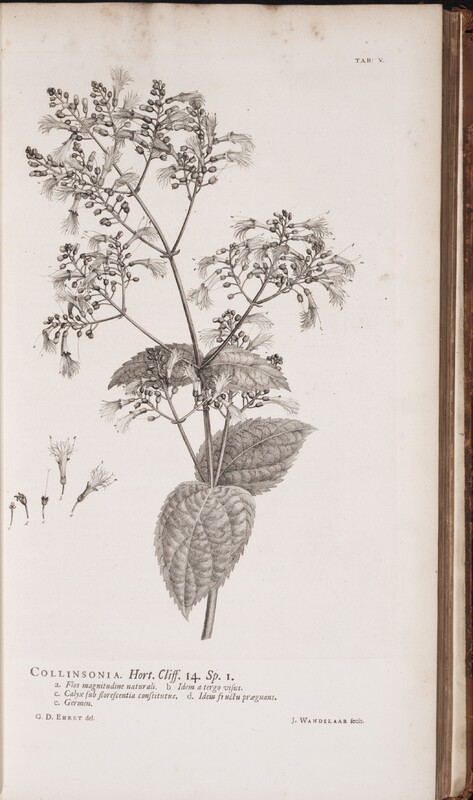 At the other end of the spectrum from simple printed lists, but often serving basically the same purpose in documenting the contents of an individual garden, are the lavish illustrated florilegia of the seventeenth century. One of the first publications of Linné, or Linnaeus, was a catalogue of the plants being grown by George Clifford (1685-1760), a wealthy Anglo-Dutch banker and Director in the Dutch East India Company who cultivated extensive gardens and hothouses. This work is important botanically because it was one of the first attempts by Linnaeus to work out his sexual system of plant classification, which eventually culminated in the publication in 1753 of Species plantarum. The illustrations are by the botanical painter Georg Ehret (1708-1770) and they include detailed drawings of the pistils and stamens. Plate V shows Collinsonia, named for Peter Collinson, the first to grow the plant in England from seed sent to him by John Bartram of Pennsylvania. 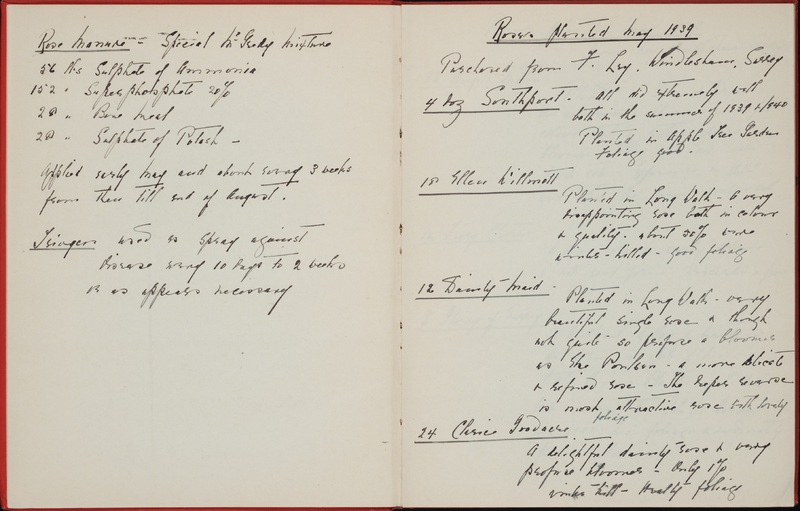 Elsie Reford kept a record of all the roses she planted each year, indicating the name, source, quantity, where they were planted and how they performed. She ordered mainly from two suppliers – T. Ley in Windlesham, Surrey, and E.D. Smith in Winona, Ontario. The rose journal is shown alongside a 1944 E.D. Smith nursery catalogue listing roses, and photographs by Robin Wilson Reford of his wife Elsie Reford in the garden.