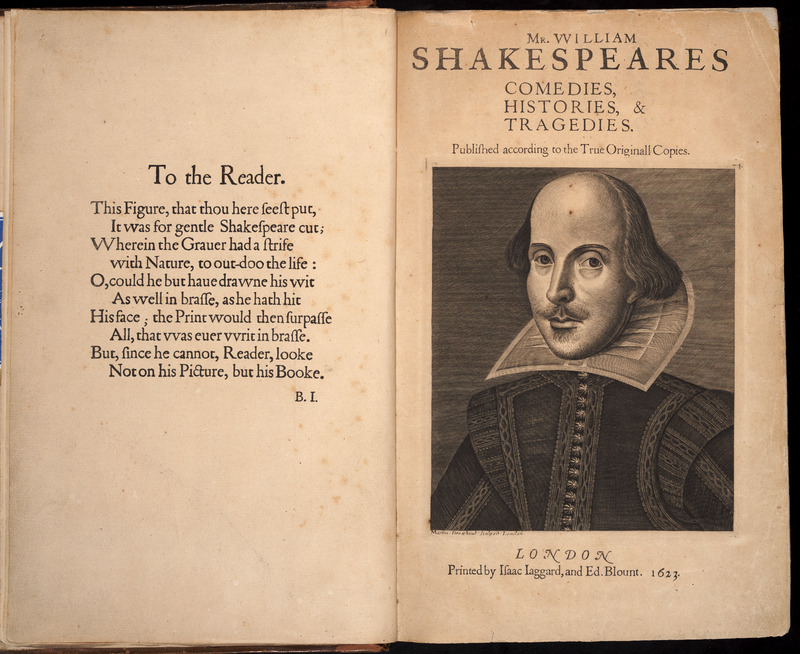 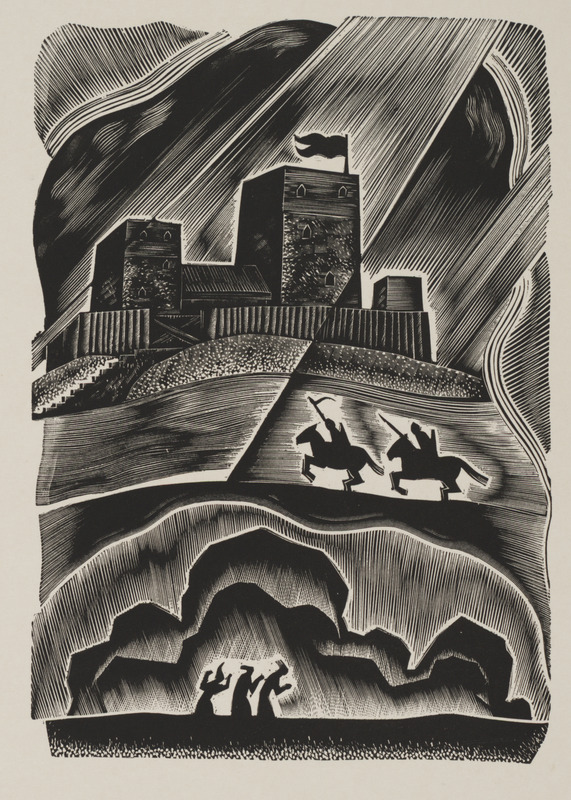 Detail of "Riders and Witches" from Lawrence Hyde's Engravings for Macbeth (1939).

The year 2016 marks four hundred years since the death of William Shakespeare. To honour this milestone, the Fisher Library opened the year with a new exhibition that explored how Shakespeare's works shaped ideas of the world beyond England, how his plays imagined self and other through language, geography and mythology and how, in turn, the production of atlases, dictionaries, and histories influenced Shakespeare's world-making art. Highlights of the exhibition included a selection of Shakespeare's printed plays and poems, from the First Folio of 1623 through to recent craft productions, including the sumptuous Play of Pericles (2009-2010) from British Columbia's Barbarian Press. In addition, the exhibition features early source material such as Holinshed's Chronicles (1587) and Plutarch's Lives (1579), along with a range of Renaissance genres and forms, from maps to bibles to works of poetry, anatomy and heraldry. Later editions of Shakespeare and experiments with his works were also prominently featured in the exhibition and accompanying catalogue.

Lead Curator, Scott Schofield, Huron University College at Western University, has collaborated with Peter Blayney, Alan Galey and Marjorie Rubright (all from the University of Toronto) on the exhibition.

Audio Tour: Curator, Scott Schofield, discusses the meaning of the title of the exhibition

To download a PDF copy of the exhibiton catalogue, which includes all citations and complete bibliography, for 'So long lives this' : a celebration of Shakespeare's Life and Works, 1616-2016 please click here

This exhibition was curated by Scott Schofield, Peter Blayney, Marjorie Rubright and Alan Galey and displayed at the Thomas Fisher Rare Book Library from 25 January 2016 - 28 May 2016. The online exhibition was prepared by Danielle Van Wagner and Andrew Stewart.

Please click on the video below for Scott Schofield's overview of the exhibition, along with some highlights.

Case I and II: The Publication of Shakespeare →
Introduction