Nihil Obstat : Introduction to the Exhibition 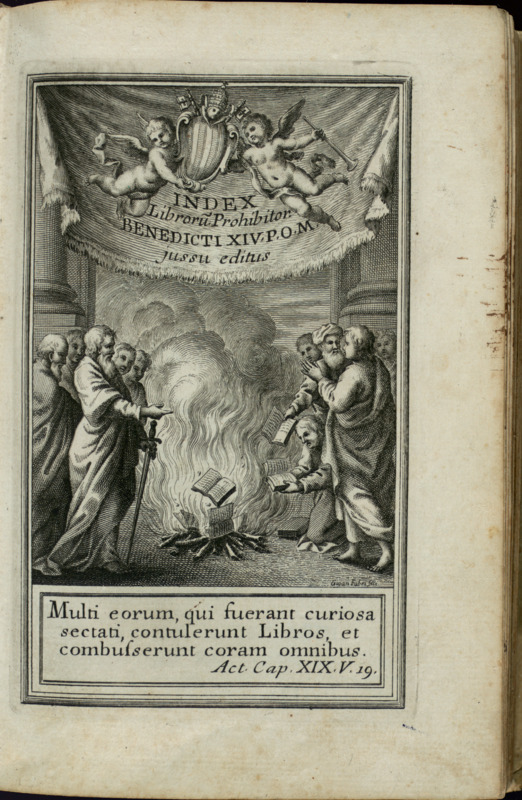 The censorship of thought in the West extends to at least the era of the ancient Greeks.  The earliest and most effective vehicle for censorship since the invention of the printing press in the fifteenth century, however, belonged to the Roman Catholic Church.  Its Index of Prohibited Books (referred to as simply “the Index”) was published from 1559 until 1948.  It consisted of a list of those books that Catholics were commonly forbidden to read and remained in force until 1966.  A local Church officer known as the “nihil obstat” examined individual manuscripts and then declared that nothing stood in the way of their printing.  The term is appropriated for this exhibition as a reminder that these works circulate today because someone, often at great cost, gave his or her own personal nihil obstat to ensure their survival.  The censorship of books, however, has not been the exclusive purview of church communities.  Universities, governments, and parent councils, to name but three groups, have regularly intervened to limit access to print media – a practice that continues to the present day at home and abroad.

Cases 1 & 2: Books of Religion and Science

Cases 3 & 4: Books of Politics and Philosophy

Cases 5 & 6: Books as Threats to the Social Order

Books of Religion and Science →
Introduction